His exclusion has raised questions since it was Jhala who prepared the technical ground for the ambitious cheetah project under successive governments since 2009. 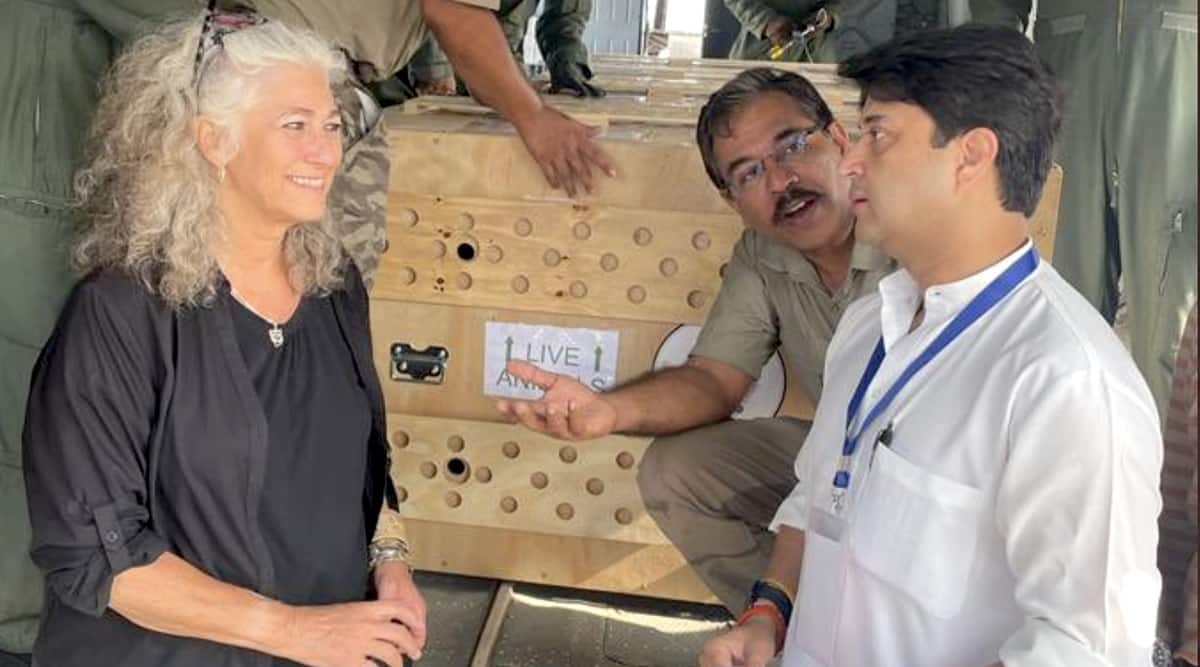 Dean of the Wildlife Institute of India, noted biologist Yadavendradev Vikramsinh Jhala, who has been at the forefront of India’s cheetah project for more than 13 years, and escorted the first batch of animals from Namibia last month, has not found a place in the government’s new Cheetah Task Force.

His exclusion has raised questions since it was Jhala who prepared the technical ground for the ambitious cheetah project under successive governments since 2009. He was a member of the Cheetah Task Force set up in 2010 under conservationist MK Ranjitsinh and headed the project’s technical team ever since.

On September 16, when the first batch of cheetahs finally took off from Namibia, it was Jhala who accompanied the animals to Kuno national park where they were quarantined in bomas (small enclosures) under his care. He monitored the cheetahs in Kuno for a week before going on leave.

With Ranjitsinh, Jhala had prepared the first report on potential cheetah release sites after then Environment minister Jairam Ramesh entrusted them with the survey in 2009. In January 2022, he was the lead author when India finalised the Cheetah Action Plan. Jhala had also been leading technical negotiations with wildlife biologists in Namibia and South Africa.

However, on September 20, when the National Tiger Conservation Authority (NTCA) set up a new nine-member task force to monitor how the eight cheetahs from Namibia adjust to their new home and decide when to release them in larger enclosures and then in the open, Jhala found no place in it.

Shot down by the Supreme Court in 2013, the Cheetah project was revived by the NTCA in 2017. In 2020, the SC allowed it “on an experimental basis” under a three-member committee headed by Ranjitsinh since “it is not desirable that (the project)… be left to the sole discretion of the NTCA”.

Asked by The Indian Express about Jhala’s exclusion and its possible impact, Ranjitsinh said he wasn’t consulted on forming the new task force or selecting its members.

NTCA member-secretary SP Yadav declined to comment on Jhala’s exclusion from the task force which includes officials from the MP government. An official close to Yadav said that Jhala’s presence could be a conflict of interest. “The mandate of the new task force is to monitor the project. He (Jhala) cannot monitor his own work,” he said.

Explained |Cheetahs and others: know the 7 big cats

Sources said Jhala may have “rubbed the establishment” the wrong way. For example, sources said, he declined to let cheetahs fly from Gwalior to Kuno in a Chinook, a tandem rotor helicopter used for the trial run and earmarked for the event, for the extremely high noise stress it would have caused the cats.

“The cats were sedated since knocking them off completely (to protect from noise) for a long duration is very risky. Jhala put his foot down and the cheetahs were flown in two Mi-17 helicopters with Jhala being on board. A Chinook was also used but only to take a few officials to Kuno,” said an official involved in the project.

Incidentally, Jhala was also not on the list of 20 dignitaries — ministers and officials — who had access to and were photographed with Prime Minister Narendra Modi when he visited Kuno to release the cheetahs on September 17, his birthday.

Asked about this, the senior NTCA official said: “These things happen. He (Jhala) was not the only senior official whose proximity pass could not be made.”

We are not traitors… you betrayed Bal Thackeray, Hindutva, your voters: Eknath Shinde