The play was staged on January 21. After it was livestreamed on social media, ‘social worker’ Neelesh Rakshaal registered a complaint on January 26, and the arrests followed on January 30. The nine-year-old breaks down when asked where her mother is. It’s been three days since Najumunissa, a single parent, was put in jail on sedition charges after the Class 5 student spoke against the Citizenship (Amendment) Act in a school play, and said she would hit anyone who asked for documents with shoes.

Apart from Najumunissa, police have held the school headmistress, Fareeda Begum, on sedition charges. It has also seized the slippers held up by a student as Najumunissa’s daughter said “joote marenge” as “evidence”.

Since police have been dropping in daily to question students at the Shaheen Urdu Primary School since the arrests, parents have been coming to ensure they are around when that happens.

On Monday, D N Nagesh took over as the Bidar Superintendent of Police after T Sreedhara was suddenly transferred on January 31, a day after the two women were arrested.

In between sobs, Najumunissa’s daughter manages to say “bhabhi”, referring to their landlord’s wife who has been taking care of her with Najumunissa in prison.

Lodged at the Bidar District jail, Najumunissa, 35, who has no WhatsApp on phone, says she knows little about the CAA or the National Register of Citizens except what they had heard on TV and “once on someone’s mobile”. Her daughter was selected by the school along with six others to prepare a play on the Act, and Najumunissa says the nine-year-old decided to repeat what she had heard on TV. “We rehearsed the lines several times at home,” she says.

Police say Najumunissa was arrested based on the Class 5 student’s statement that it was her mother who had prepared the script, and that Najumunissa had told her especially to say “joote marenge” several times, including just before the play started. 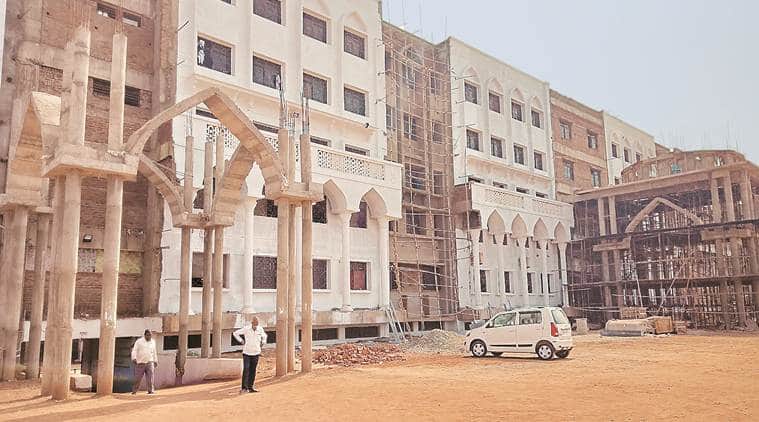 Headmistress Fareeda Begum, 52, says she had no idea what the girl planned to say. “We decided to stage the play to inform students about the CAA. After giving a broad outline, I left it to the seven students to prepare their scripts. I did not know what Najumunissa had prepared.”

The government-aided Shaheen Urdu Primary School has 254 students. The Shaheen Group of Institutions and Allama Iqbal Educational Society have over 50 branches in 13 states. CEO Thouseef Madikeri says 45 per cent of their over 2,000 students, including in Shaheen English Primary and Secondary School and Junior College branches in Bidar, are Hindus.

The headmistress now for 10 years, Fareeda Begum adds, “I would not have allowed those lines to be said had I known. Since I was in-charge of the play, I have been booked.”

The mother of two, whose husband is a mechanic, had to be briefly hospitalised due to low blood pressure following her arrest.

The play was staged on January 21. After it was livestreamed on social media, ‘social worker’ Neelesh Rakshaal registered a complaint on January 26, and the arrests followed on January 30. Najumunissa and her daughter moved to Bidar from the remote village of Hallikhed in Humnabad in the district just two months ago.

Her husband M Aijazuddin, a farmer, died seven years ago, leaving her with three acres land and an infant daughter. “I moved here after giving the land on lease for Rs 15-20,000 per annum, and taking up work as a house help,” says Najumunissa. Herself illiterate, she hoped the move would help her daughter get a good education.

The Shaheen Urdu school was a natural choice. Students from mainly economically and socially weaker sections study in institutions run by the Shaheen Group and many receive scholarships or fee waivers. The society runs a highly successful NEET programme integrated with Class 12, with 327 of its students clearing it last academic year. Says CEO Madikeri, “We have never had this kind of an incident. Sometimes in Class 11 and 12 we have more Hindus than Muslims. Due to political pressure on police, this incident has been blown out of proportion.”

Questioning the police interrogation of students, a school official said, “They are taking aside all students who participated in the play and those who saw it and questioning them. They don’t let any teacher or management official to be present. The students are scared.” 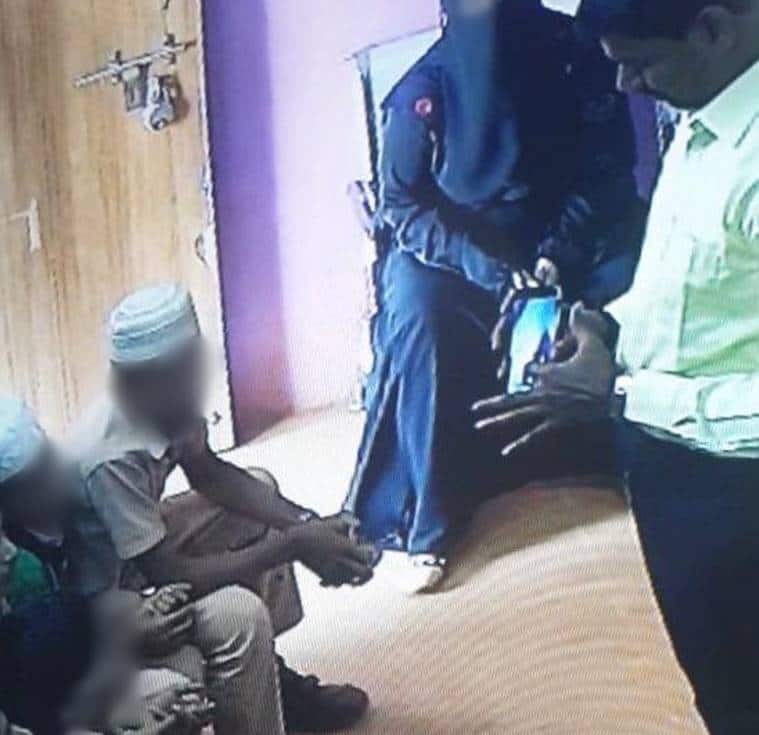 Since police have been dropping in daily to question students at the Shaheen Urdu Primary School since the arrests, parents have been coming to ensure they are around when that happens.

An investigation team led by Deputy SP Basweshwar Hira questioned students and teachers for 45 minutes on Thursday, three hours on Friday, questioned 60-70 students for about an hour on Saturday, and spent an hour on Monday, also seizing school CCTV and other records.

Asked what police were doing, Deputy SP Hira said, “When we have something to share, we will announce it.”
Officials at the New Town Police Station where the case was registered said police are investigating if teachers were involved in spreading “false information” about the CAA, NRC and NPR. “From students we have come to know teachers have started a misinformation campaign and the play was a part of it,” an official said.

Parents say police have been asking students questions like who took part in the play, who wrote the script, did teachers tell them to speak against the CAA and Central government and prime minister, and whether teachers had told them to urge parents not to show identification papers.

The parents say they are surprised. Said one, whose daughter was a part of the play, “In Delhi, a BJP Union minister says ‘goli maaro (open fire)’ and he gets away with it. Goons enter JNU and beat up students and no arrests are made. But a Class 5 girl says that if anyone asks for papers, ‘usko joote maaro’, and all hell breaks loose!”

Another parent says, “I don’t understand how this is seditious. What is anti-national in 9-10-year-olds talking of the CAA?”