The Kerala High Court, in August last year, had granted anticipatory bail to former Gujarat DGP R B Sreekumar and three others in a case being probed by the CBI relating to an alleged conspiracy to implicate former ISRO scientist Nambi Narayanan in the 1994 spy case 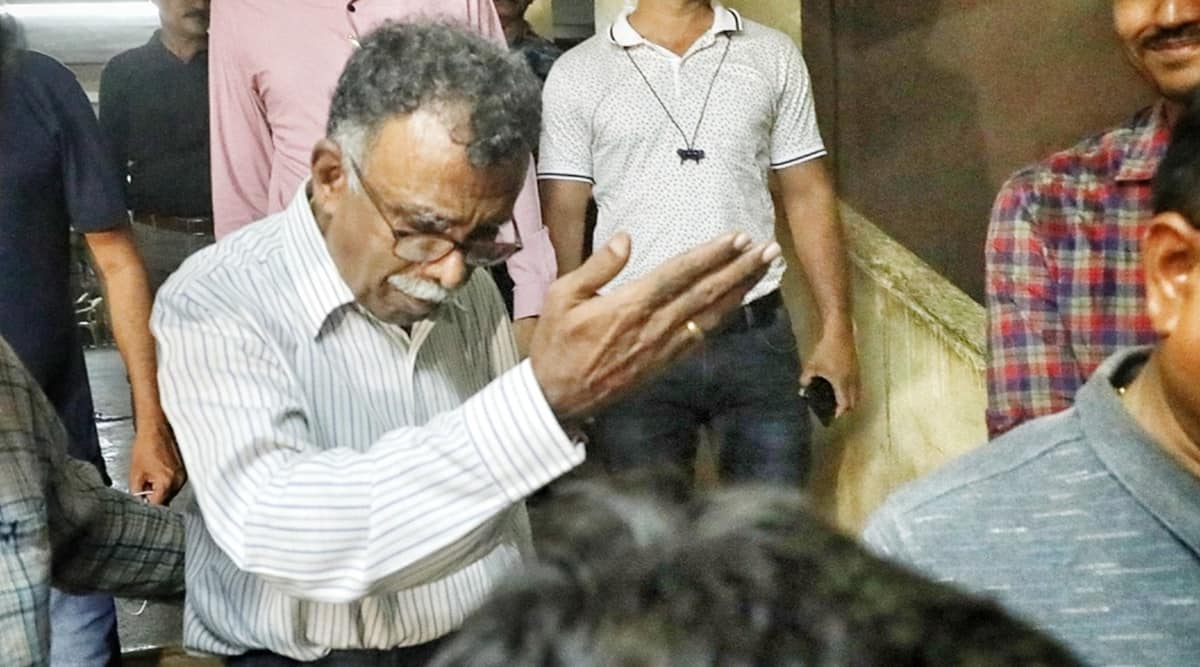 Former Gujarat DGP R B Sreekumar was among the four accused who were awarded anticipatory bail by the Kerala High Court. (Express Archive)

STATING THAT the Kerala High Court had not “considered the allegations” against the accused, “position held by them” and “role played by them during investigation”, the Supreme Court Friday set aside the grant of anticipatory bail to former officers of the Intelligence Bureau, including R B Sreekumar, and the state police who are facing charges of conspiracy to frame ISRO scientist S Nambi Narayanan in the 1994 espionage case.

The SC order came on a plea by the CBI challenging the HC’s grant of pre-arrest bail to the accused: former Gujarat DGP Sreekumar and P S Jayaprakash who were then with the IB; and former Kerala DGP Siby Mathews and two other state police officers, S Vijayan and Thampi S Durgadutt.

The Kerala HC had on August 13 last year granted anticipatory bail to Sreekumar, Jayaprakash, Vijayan and Durgadutt. Mathews, meanwhile, had been granted pre-arrest bail for 60 days by a Sessions Court in Thiruvananthapuram on August 24 last year — the time limit was later set aside by the HC.

On Friday, an SC  bench of Justices M R Shah and C T Ravikumar asked the Kerala HC to consider their pleas “afresh” and decide the matter preferably within four weeks from the date of receipt of its order.

The top court said the Kerala High Court “has failed to appreciate that the present FIR was pursuant to the observations and the directions issued by” it.

The judgment noted that the High Court “has also not taken note of the recommendations made by the Committee headed by” former SC judge Justice D K Jain. “As an interim arrangement….it is directed that for a period of five weeks from today, i.e, till the bail applications are finally decided by the High Court upon remand, the respondent accused shall not be arrested subject to their cooperation with the investigation,” the bench said.

The SC clarified it “has not observed anything on the merits of the case of either parties and it is ultimately for the High Court to pass appropriate order”.

In September 2018, the apex court had awarded compensation of Rs 50 lakh to Nambi Narayanan for his illegal arrest and custodial torture in the case. It had also set up a committee headed by its former judge Justice Jain to “find out ways and means to take appropriate steps against the erring” police personnel who allegedly framed Narayanan .

In April 2021, the Supreme Court asked the CBI to probe the matter after the Centre pointed out that the Jain Committee report had said “it’s a serious matter which needs deeper investigation”. Taking into consideration the recommendations made by the Committee, the CBI subsequently registered an FIR on May 1, 2021 against 18 accused persons.

Known popularly as the “ISRO spy scandal”, the case has its origin in the arrest of two Maldivian women, Mariam Rasheeda and Fousiya Hasan, by Kerala police in 1994. The police later claimed to have uncovered a spy ring in ISRO. The case was initially investigated by Vijayan, who was Inspector, Special Branch, Thiruvananthapuram, and later taken over by an SIT headed by the then Kerala DIG (Crime) Mathews.

Narayanan was arrested on November 30, 1994, and the investigation was handed over to the CBI on December 4, 1994. In its report to the Chief Judicial Magistrate, Ernakulam, the CBI had stated that “the evidence collected indicated that the allegations of espionage against the scientists at ISRO, including the appellant herein, were not proved and were found to be false”.

In a secret report to the Centre and state, the CBI detailed the alleged role played by IB officials.