SC points to right of treatment, lets Gautam Navlakha to be taken to Mumbai hospital

A bench of Justices K M Joseph and Hrishikesh Roy, which heard Navlakha’s plea, said that the right of an undertrial prisoner to seek medical treatment “would be a fundamental right”. 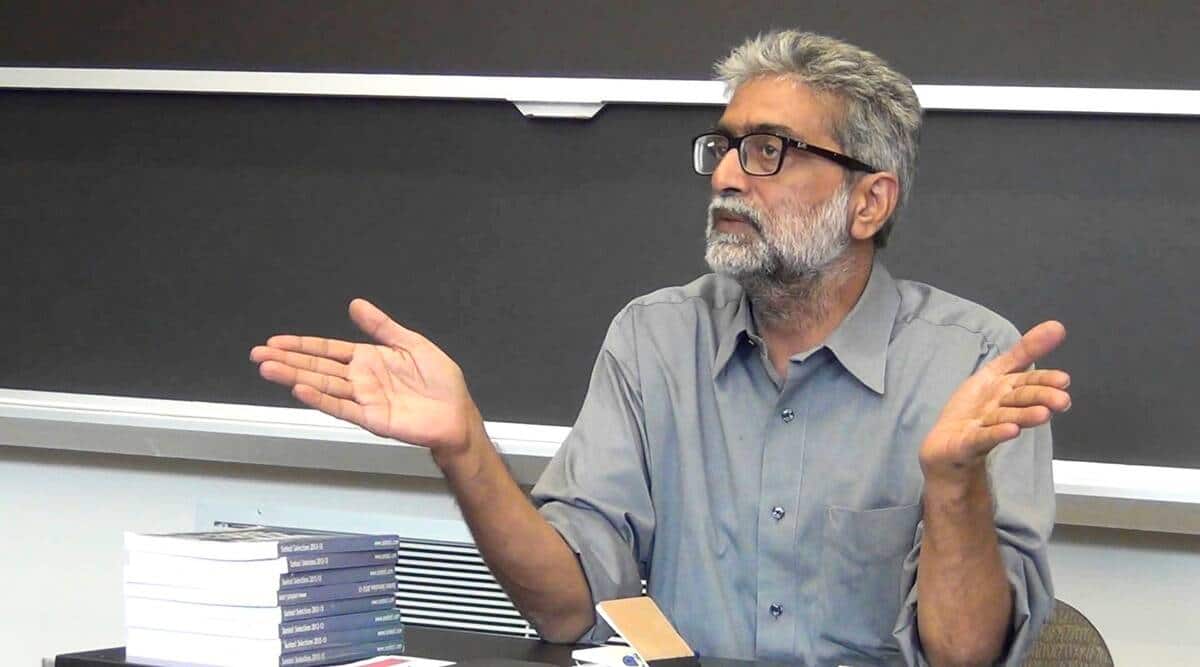 The Supreme Court on Thursday allowed a request by activist Gautam Navlakha, facing UAPA charges in connection with the Elgar Parishad case, to be taken to Mumbai’s Jaslok Hospital for a medical checkup to address some health issues.

A bench of Justices K M Joseph and Hrishikesh Roy, which heard Navlakha’s plea, said that the right of an undertrial prisoner to seek medical treatment “would be a fundamental right”.

“We should therefore pass an order directing the petitioner to be taken immediately for a thorough medical checkup,” the bench ordered. “Accordingly, there will be direction to the Superintendent, Taloja Central Prison (where he is currently lodged), Navi Mumbai, to take the petitioner immediately to Jaslok Hospital, Mumbai (hospital of Navlakha’s choice) so that the petitioner is enabled to undergo all the requisite medical checkup and receive treatment.”

The court, however, made it clear that Navlakha will “necessarily remain in police custody while he is staying in the said hospital” and asked the hospital authorities to send its report to the court by the next date of hearing — October 21.

The court also said only his “partner Sahba Husain and sister Mridula Kothari” will be permitted to interact with him in the hospital, “which we permit as per rules of the hospital”.

The court was hearing Navalakha’s plea challenging the Bombay High Court’s order rejecting his prayer to shift him from prison and allow to be placed under house arrest. Navlakha stated that he is suffering from skin allergy and dental issues, and that he wanted to undergo a colonoscopy to check if he had contracted cancer.

Appearing for him, senior advocate Kapil Sibal said that considering Navlakha’s age and his medical conditions, “this is a fit case where the petitioner should be allowed to be under house arrest in the form of custody while the petitioner is allowed to stay at his sister’s place in Mumbai and avail medical facilities”.

Justice Joseph asked why Navlakha could not be granted the relief of house arrest, with requisite safeguards and told Solicitor General Tushar Mehta, “your humaneness is put to test.”

Mehta responded that “my concern for national integration is put to test” and sought time to file a reply.

Contending that the ailments he had complained of were not serious enough to seek to be shifted to house arrest, Mehta told the court that Navlakha had not pressed the prayer for colonoscopy before the trial court.

Justice Joseph remarked in a lighter vein that a tooth problem which might necessitate a root canal treatment can be equally worse. The S-G replied, “Let him be taken to the dental surgeon of his choice daily. If he has problems, he has to be in a hospital, not in his sister’s house.”

Mehta pointed out that Navlakha is facing UAPA charges for involvement in Maoist activities. Not opposing his plea to be taken to hospital for treatment, he added that the entire evidence in the case is electronic and there is the possibility that if allowed house arrest, he may distort it.

Sibal countered saying that they were being raised only to prejudice his case.

Bullet fired at South Delhi hospital ‘after fight over woman’