‘If you are trying to find a loophole...we will take a serious view’ 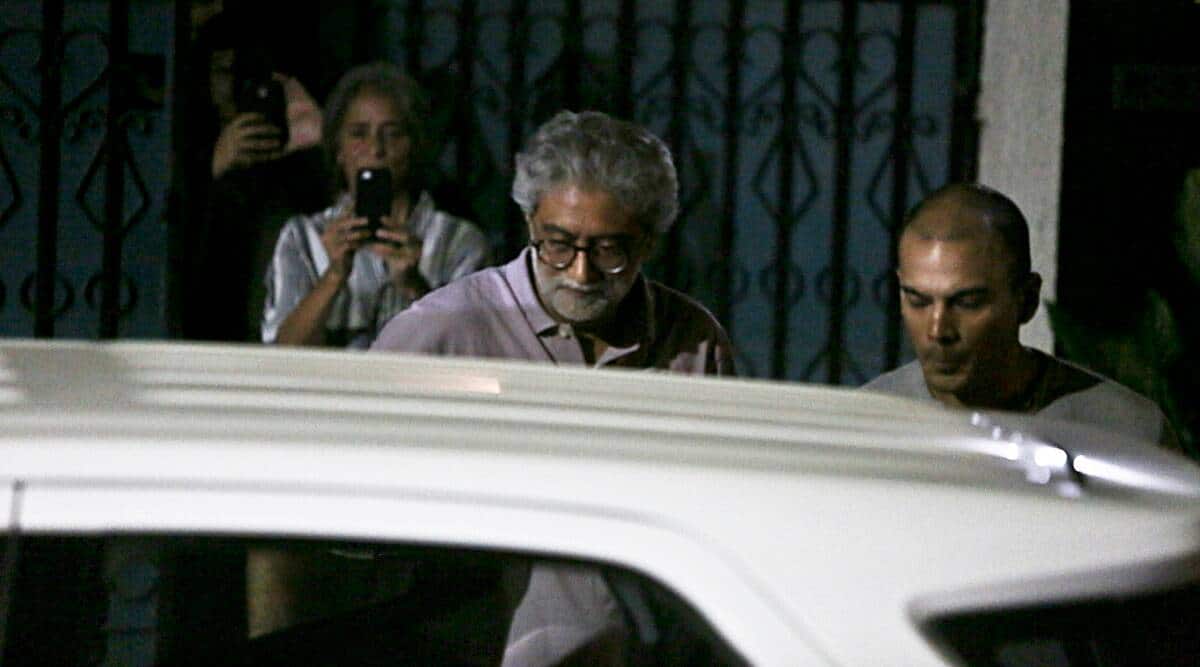 The Supreme Court had allowed Navlakha’s request for house arrest owing to his health. (Express Photo by Abhinav Saha/File)

Dismissing a plea by the National Investigation Agency to vacate its November 10 order allowing the house arrest of Bhima Koregaon case accused Gautam Navlakha, the Supreme Court Friday directed that its order be effected within 24 hours.

Justice K M Joseph, who along with Justice Hrishikesh Roy heard submissions by the NIA and Navlakha, warned the probe agency that  “if you are trying to find a loophole to defy our order, we will take a serious view of it”.

“We are not inclined to entertain the application for vacation of the order. The application stands dismissed,” the bench said after proceedings in which the NIA said “the message” that will go out “is that though Article 14 says all are equal, some are more than equal than others”.

To address some of the concerns raised by the NIA over the security of the place where Navlakha will be placed under house arrest, the bench added some “additional safeguards” to the conditions already laid down in the previous order.

The November 10 order had cited Navlakha’s health issues as the reason to shift him from Taloja jail in Navi Mumbai to house arrest.

Appearing for the NIA, Solicitor General Tushar Mehta and Additional Solicitor General S V Raju sought to draw the court’s attention to the premises that Navlakha had chosen for his house arrest in Mumbai, saying it belongs to the Communist party.

On the submission that the premises belonged to the Communist party, Justice Joseph asked, “We would like to ask you one question. Communist Party of India is a recognised political party of this country?”

Mehta said, “I leave it at that. If that doesn’t shock Your Lordship’s conscience, nothing can… Would Your Lordships have ever imagined a situation or intended a situation where a person accused of a serious terrorist act, of being a member of Maoist organistion, would be permitted to stay in the office of the Communist party.”

Mehta said “facts” have been “found to be very, very disturbing”. Although the “presumption” was that Navlakha was in poor health, the fact that the medical report on which he based his claim was prepared by his brother-in-law, a senior doctor at the Jaslok hospital, raised doubts about its genuineness, he said.

“The insistence of the petitioner to suggest Jaslok hospital and only agreeing for a medical examination from the said hospital and no other, without disclosing to the court about his relationship between him and a senior doctor at Jaslok hospital at the time of hearing, is clearly an attempt to suppress material facts which vitiates the order and the report of the said hospital,” he said.

“Whether we like it or not… the message which goes is though Article 14 says all are equal, some are more equal than others. There are inmates of the same age, with the same ailments, being treated by the jail. They do not have the luxury of staying at home,” Mehta said.

The bench said Raju had already argued these points “very ably” before it passed the November 11 order. “Till the last moment, Raju was so persevering. Almost every condition he wanted to be incorporated,” Justice Joseph said, adding that in that sense it’s kind of an agreed order.

Raju said, “No, no, it’s not an agreed order.” Mehta too said, “I know my learned friend more than he knows himself. He would never agree to that.”

Raju said the submission earlier that there is a library on the ground floor and the first floor is an independent residential unit is not so. “They said there is only one entrance, but there are two. One was hidden,” he said, adding there is also a problem with the grilles on the first floor.

“He (Navlakha) deliberately selected a place where it is very easy, and has two exit points. I wanted cameras in the rooms, but the other side objected… a large number of people come to the library. There’s a karate class. Difficult to monitor. Therefore, this is not a suitable premises for house arrest… An attempt has been made to take everyone for a ride,” Raju said.

Justice Roy said the accused would not have been shifted there without the NIA checking it first.

The bench asked if he was saying that the State, with all its might, cannot keep a man in his 70s in safe custody.

Countering the NIA arguments, Senior Advocate Nitya Ramakrishnan, appearing for Navlakha, said, “We did not know how many exits it had… It is a large hall with a kitchen and a bathroom… What we said is it is a floor above a library but is a residential unit certainly. It has been used as a residential unit in the past. Some old books are stored there, which we did not know. But no member of the public is going there to sit and read.”

“The facility was open to us, so we are using it. It is not being used for any political purpose. It is a trust which is running a library which has a separate entrance… On November 14, one CCTV camera was put (there). But when we took a draft to the Police Commissioner, he refused to accept and we had to move the trial court. In these circumstances, a second CCTV camera could not be installed that day… On November 15, NIA officials came there and misbehaved with locals,” she said.

On the argument that it’s a Communist party office, she said “more than Mehta or Raju, the CPI(M) detests the CPI(Maoists). Anybody with a basic understanding of contemporary Indian politics would know that… It’s a recognised political party.”

Ramakrishnan said Navlakha had disclosed his sister Mridula Kothari’s relation with the Jaslok hospital in his petition to the Bombay High Court, that she had worked there in the past. “His sister’s connection with the hospital is known.”

Dismissing the NIA plea, the bench allowed the agency to seal the kitchen door leading to the exit and to lock the grilles.

No rift in MVA over Savarkar, says Jairam Ramesh, calls for discussion with ‘unbiased mind’