In October 2021, Satya Pal Malik claimed that he was offered Rs 300 crore in bribes to clear two files including one related to an RSS leader 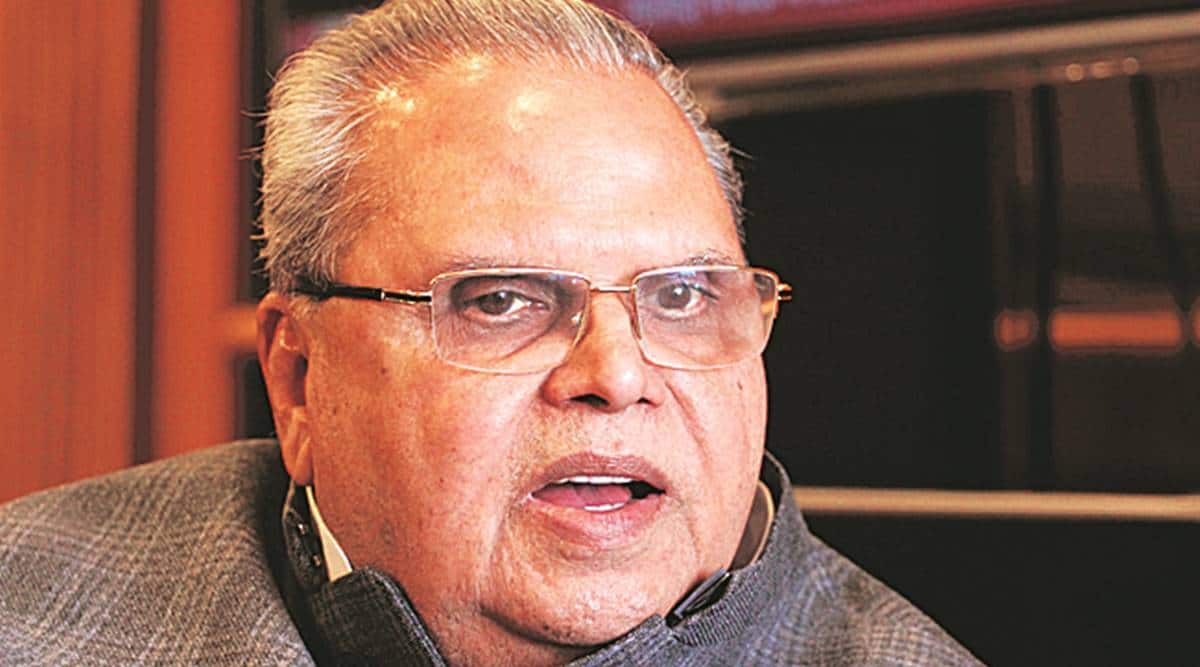 Former Meghalaya Governor Satya Pal Malik has been questioned by the Central Bureau of Investigation (CBI) in connection with two cases of corruption. The agency had registered the cases in April regarding purported irregularities in two projects in Jammu and Kashmir when Malik was the Governor there.

In October 2021, Malik claimed that he was offered Rs 300 crore in bribes to clear two files including one related to an RSS (Rashtriya Swayam Sevak) leader. Based on this allegation, the CBI registered two cases in the matter and conducted searches at 14 locations in April. The agency has booked Anil Ambani’s Reliance General Insurance Company (RGIC) and officials of Chenab Valley Power Projects Pvt Ltd (CVPPPL), among others, in the two cases.

The searched locations included the premises of IAS officer Naveen Choudhary, the then chairman of Chenab Valley Power Projects Pvt Ltd (CVPPPL), besides those of MD MS Babu, directors MK Mittal and Arun Mishra. The firm accused in the case is Patel Engineering Ltd. An FIR in the case was registered in Jammu.

“CBI had registered two separate cases on the request from Jammu & Kashmir Government on the allegations of malpractices (I) in award of contract of J&K Employees Health Care Insurance Scheme to private company & release of Rs. 60 crore (approx.) in the year 2017-18 and (II) award of the contract worth Rs. 2200 crore (approx.) of civil works of Kiru Hydro Electric Power Project (HEP) to a private firm in the year 2019,” the CBI had said in a statement.

In March, J&K Lieutenant General Manoj Sinha announced that the allegations made by Malik were serious and that the administration had decided to hand over the probe in the case to the CBI.

“As a person holding high office had said something, we have given our consent to the CBI for investigations in both the matters,” he had told reporters in Jammu. “And the truth will come out after the investigations,” he added.

Satya Pal Malik had levelled corruption charges against a senior RSS functionary last year. Malik alleged that when he was Jammu and Kashmir Governor, he had received two files, one pertinent to “Ambani’’ and the other to an “RSS functionary’’. “One of the secretaries told me that these are shady deals, but he can get Rs 150 crore each. I told him that I had come to Jammu and Kashmir with five kurta-pajamas and would leave with that only,” the former governor said. “I alerted Prime Minister Narendra Modi, who told me that there should be no compromise on corruption,’’ Malik added while speaking at an event at Jhunjhunu in Rajasthan.

The two cases were formally referred to the CBI on March 23 with the administration writing to the CBI, “There had been allegations of malpractices in awarding contract of J&K Government Employees Health Care Insurance Scheme to Reliance General Insurance Company Ltd and awarding of contract with respect to civil works of Kiru Hydroelectric Power project to a private firm. Reports in these matters were sought from Finance Department and Anti Corruption Bureau. On consideration of these reports, the competent authority in the J&K government has decided to refer these cases to CBI for investigation,” the UT (Union Territory) administration’s letter to the CBI read.

In the case of Reliance, the CBI FIR has said that the allegations as mentioned by the UT administration “prima facie disclose that unknown officials of Finance Department of Govt of J&K by abusing their official position in conspiracy and connivance with Trinity Reinsurance Brokers Ltd, Reliance General Insurance Company Ltd and other unknown public servants and private persons have committed the offences of criminal conspiracy and criminal misconduct to cause pecuniary advantage to themselves and caused wrongful loss to the state exchequer during the period 2017 and 2018 and thereby in this manner cheated the government of J&K.”

An enquiry by the UT administration found that the government had hired Trinity as a broker for finalising group health insurance for J&K government employees. However, the tender process initiated by Trinity saw only one bidder, Reliance.

Notably, an investigation report submitted by J&K Anti-Corruption Bureau to the UT administration on February 8 regarding the matter said that no case could be made out.

“…the subject verification so conducted in this bureau with regard to Health Care Insurance Scheme of government employees stands closed as no irregularity was found in the matter,” the report said.

In the case of Kiru Hydel Project, the CBI FIR has said that an investigation had been conducted by the J&K ACB and the power department in the matter.

“Perusal of these reports reveals that in award of civil works package of Kiru Hydroelectric Power Project, guidelines regarding e-tendering were not followed and though a decision was taken in the 47th Board Meeting of CVPPPL for re-tender through e-tendering with reverse auction, after cancellation of ongoing tendering process, same was not implemented and the tender was finally awarded to M/s Patel Engineering,” the CBI FIR said.

The project, whose cost is estimated to be Rs 4,287 crore, has been marred by allegations of sub-standard work and its failure to provide jobs to local unemployed youth. The ACB probe into the matter had observed that the tender for the project had been cancelled in the 47th Board Meeting of the CVPPPL, but was revived in the 48th Board Meeting and awarded to Patel Engineering