Sariska Tiger Reserve not fire-prone, but burned despite early warnings

At six past two on Sunday afternoon, Rajasthan forest officers received two fire alerts on their mobile phones and emails from the Forest Survey of India (FSI), thanks to a NASA-ISRO-FSI collaboration on satellite data. These were no routine alerts. 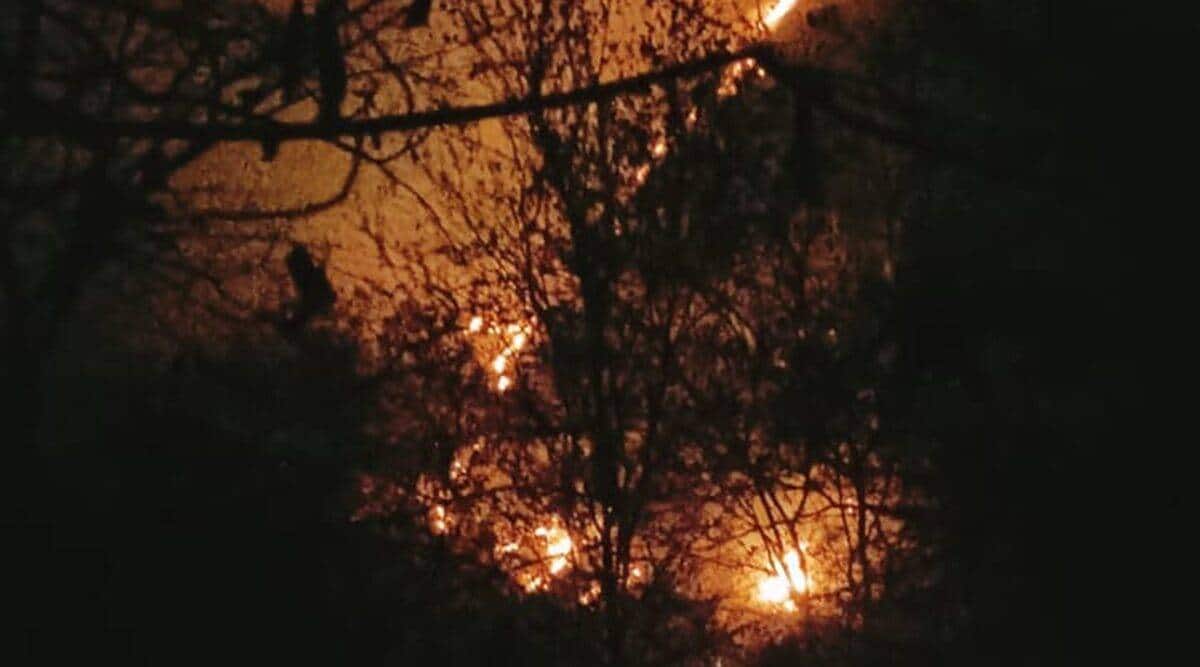 Sariska Tiger Reserve is not prone to forest fires. In the last five years, Sariska received only three — one in 2018 and two in 2019 — satellite fire alerts.

The fire raging inside Sariska Tiger Reserve for around 72 hours was brought “mostly under control” by Wednesday afternoon. While the cause is still unknown, what remains a worry is the way the fire spread and destroyed around 10 sq km of forests despite timely satellite warnings and the availability of a real-time mobile application-based fire response system.

At six past two on Sunday afternoon, Rajasthan forest officers received two fire alerts on their mobile phones and emails from the Forest Survey of India (FSI), thanks to a NASA-ISRO-FSI collaboration on satellite data.

These were no routine alerts. Sariska Tiger Reserve is not prone to forest fires. In the last five years, Sariska received only three — one in 2018 and two in 2019 — satellite fire alerts. The two fire points flagged simultaneously at 2 pm on Sunday were 350 metres apart, and within an aerial distance of less than 1.5 km from the nearest forest chowki at Rotkala.

“The smoke should have alerted the field staff even before the fire grew big enough to be picked up by a satellite that alerted us at around 2 pm. Unfortunately, firefighting efforts began only in the late afternoon,” said a forest official, on condition of anonymity.

Since May 2019, the Rajasthan forest department has been using an Android-based mobile application — Forest Management & Decision Support System — with a module for forest fire management. It allows field staff to respond to an alert and feed in real-time data on the severity of the fire, nature of management response, the extent of damage etc.

“Nobody used the API in Sariska. Instead, an impression was given on Sunday that the fire was under control. This allowed the fire to continue to spread on Monday and the windy conditions made things worse. The authorities panicked by the afternoon and then an SOS went out for helicopters,” said a senior forest official privy to the developments.

Advertisement
Also Read |Explained: How many tigers are too many

The two fire warnings on Sunday escalated to five on Monday and another six on Tuesday. The fire was moving south-east and, by early hours of Wednesday, travelled nearly 6 km.

DN Pandey, head of the Rajasthan forest force, said he was yet to receive reports on the “specific time” the fire was first attended to. “My officers are still inside the forest but I can tell you that the fire was tackled without delay. The use of the mobile application has also increased over time. What matters is timely action,” he told The Indian Express.

In a press statement, Sariska field director RN Meena said: “The fire is mostly under control. The major fire spots have been doused and it will be completely extinguished in the next few days. No wildlife or human casualties have been reported till now. A tigress living in the area was spotted yesterday with her cubs.”

What probably saved Sariska was the fact that the fire began on a hilly slope and could move only “laterally or upward in a strip” — sparing the valley below. “Unlike high-altitude forests where burning logs roll down the slope, fire in a dry deciduous forest rarely moves downward since there is no heavy burning mass that can slide down,” said an FSI official who did not want to be named. “But unlike the valleys of Sariska which are greener with higher moisture content, the hilly slopes are drier…So these areas burn easily. But, hopefully, the damage is not long-term…,” he added.

After 15 fire alerts in less than 72 hours since Sunday, the latest satellite report at 1 pm on Wednesday showed no fire points. “The forest department… have to be on their toes and make the best use of available technologies and management tools. The next time the fire may not remain limited to high slopes,” said conservationist Valmik Thapar.