Sanjay Kumar Mishra: The long hand of the ED

Under Sanjay Kumar Mishra, the ED has often been called “the new CBI” for the alacrity with which it has moved in political cases and ensnared many in the Opposition. Deeptiman Tiwary tracks the journey of the reclusive officer who began as an immunology researcher in Lucknow 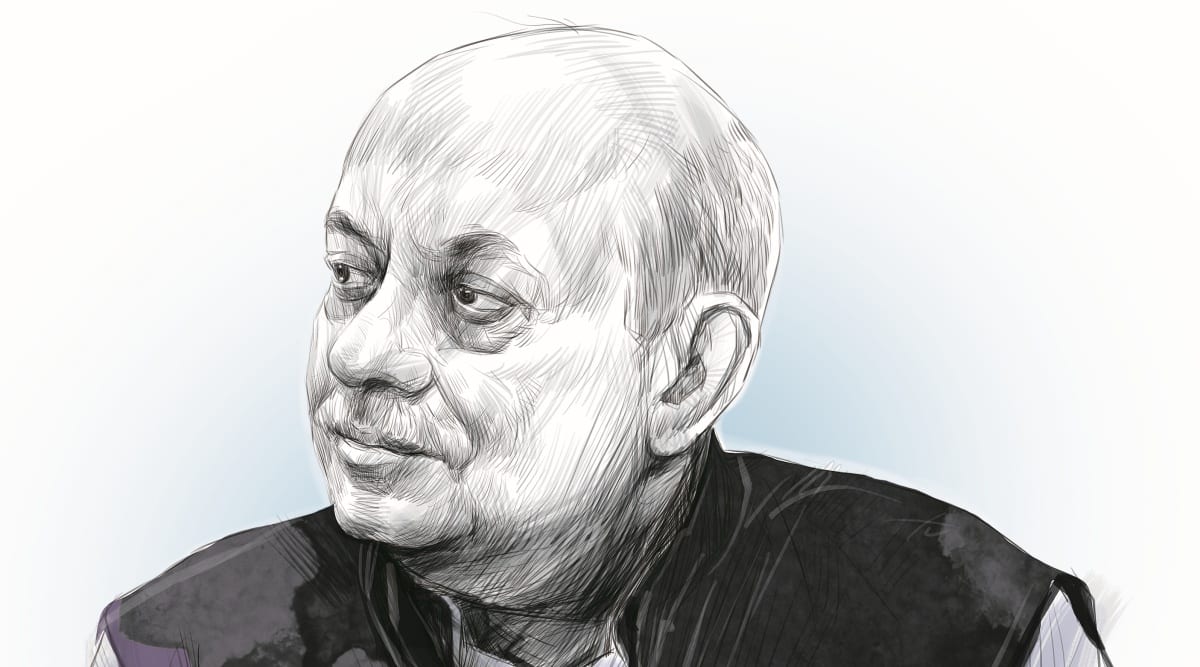 Rs 65,000 crore. That’s an amount that could fund the annual budget of many of the smaller states in the country. It’s also the value of assets attached by the Enforcement Directorate (ED) in the past four years alone. The figure captures the ferocity with which the agency has been dealing with cases of money laundering under the leadership of its chief, Sanjay Kumar Mishra.

In fact, 65 per cent of all attachments carried out by the ED in the past 17 years — since the central agency began probing money laundering cases — have been made under his signature, with the agency carrying out more than 2,000 raids.

Such is the terror the agency invokes that it is touted as the “new CBI” by Opposition parties, many of whose leaders have been at the receiving end of the ED’s stick. As they cry foul over the agency allegedly being a tool in the hands of the government, they point to its role as a “catalyst” in how political alliances are made and broken.

Earlier this year, as the BJP and a breakaway faction of the Shiv Sena joined hands to form the government in Maharashtra, there were chants of “ED, ED” in the Assembly.

Recently, West Bengal BJP chief Dilip Ghosh unwittingly underlined the aggression of the agency when he said the government had to send the ED to raid corrupt TMC leaders as the CBI was dragging its feet in those cases. In October 2021, while addressing a public gathering, BJP’s Sangli MP Sanjay Patil joked that the ED would not chase him since he was a member of the ruling party. He was only echoing Congress turncoat from Maharashtra Harshwardhan Patil, who had earlier said in a lighter vein that he had started sleeping well after joining the BJP.

Critics also point to the successive extensions granted to Mishra to say that he is central to the government’s playbook. Last week, the Centre gave another one-year extension to Mishra, a day before he was to retire on November 18. This is an unprecedented third extension for the ED chief, who will be in office till November 18, 2023 — an executive-mandated tweak that will see him serving for five years, three years more than what was originally fixed when he was appointed to the post on November 19, 2018.

ED officials have brushed aside these as insinuations, saying the agency has only proceeded against the “corrupt”, and maintained that its actions cannot be termed political as it follows cases already registered by other agencies.

For a bureaucrat who has had such an impact, Mishra did not start out to become one.

Born in a middle class family in Lucknow, Mishra has a Master’s degree in Biochemistry from Lucknow University. He then joined the Central Drug Research Institute (CDRI) as a senior research fellow and is said to have authored several papers on immunology.

It was on his family’s persuasion that Mishra appeared for the civil services exams, clearing it in his first attempt. After joining the Indian Revenue Service (IRS) in 1984, his first posting was in Gorakhpur, UP, as assistant director in the Income Tax department.

Within four years, he had his first stint with the ED when he joined it as an Assistant Director with charges of Agra and Jaipur. Those were the days when the ED only probed cases of foreign exchange violations under the now repealed Foreign Exchange Regulation Act.

Sources say it was this stint that helped Mishra learn the ways of the agency. “He was meticulous and a stickler for details. More importantly, he was a keen learner. He also had the ability to be empathetic without bending rules,” remembers one of Mishra’s colleagues from his early years.

According to the officer, around this time, Mishra carried out a raid in Jaipur on receiving information about a hawala transaction of Rs 20 lakh. During the raids, however, it was revealed that the suspect was a businessman from Sindh province of Pakistan and had to leave the country because of religious persecution. The hawala transaction money was all of his wealth.

“Mishra felt very sorry for the businessman. Since a raid had been conducted, he did file a case, but some adjustments were made to ensure that the suspect was not judged very harshly,” the colleague said.

In 1994, Mishra came back to his cadre of Income Tax and was posted in Ahmedabad for a nine-year stint. He then moved to Kolhapur in Maharashtra and was back in Delhi in 2006, where he handled international taxation and transfer pricing.

Advertisement
Express Investigation |Since 2014, 4-fold jump in ED cases against politicians; 95% are from Opposition

His first exposure to policy formulation came when he was appointed in the Ministry of Finance as a Joint Secretary under Pranab Mukherjee and later, P Chidambaram. Some of his colleagues credit him with generating intelligence on HSBC papers that were brought from France, exposing accounts of the who’s who of India’s business fraternity who held offshore accounts. This was followed by a stint in the Ministry of Home Affairs (MHA).

With all this experience, when Mishra joined the ED in 2018, he was “hands-on”, say his colleagues. “You tell him 10 per cent of a case and he will figure out the rest. He has an elephantine memory and can remember papers he saw six months ago. This forces us to keep everything ready as he can demand anything, any time. He is also a multi-tasker and can discuss multiple cases at the same time. Thanks to a very sound legal mind, our cases seldom falter in the courts,” said one of his junior officers in the ED.

Another official said Mishra’s unassuming personality can be rather misleading. “He is a tough task master,” the official said.

Sources in the ED said working with Mishra is demanding, not just mentally, physically too. “He runs 10 km every day and is a believer in intermittent fasting. Sometimes his meetings last for more than an hour and he keeps standing all through. So we end up standing too,” a senior ED official said.

Despite his high-profile role, Mishra, sources said, finds time to read Urdu poetry by Mirza Ghalib, Qateel Shifai and Faiz Ahmed Faiz. As someone who is known to “detest” social media, Mishra has managed to stay away from publicity. A Google search on him would not throw up more than two photographs, with practically no personal information.

Also Read |From 60% in UPA to 95% in NDA: A surge in share of Opposition leaders in CBI net

Initially, the government, too, didn’t seem to notice Mishra. When the NDA came to power in 2014, Mishra, then a year into his tenure as a joint secretary in the all-important Ministry of Home Affairs, was among the 50-odd senior bureaucrats who were transferred out from key ministries in the first few months of the Modi government.

As Mishra went back to the Income Tax, he built two cases that caught the attention of the government — one against media house NDTV and the other against Young India, a Gandhi family-run organisation that owns the National Herald newspaper. Both cases were then in the realm of tax assessment; Mishra turned them into prosecutable offences.

By November 2018, Mishra was not only appointed the new chief of ED, the government went to great lengths to retain him beyond his two-year tenure. When the first extension granted to him was challenged in the Supreme Court, the government brought an Ordinance and later pushed through a Bill in Parliament to give the directors of ED and CBI conditional five-year tenures.

While the ED has rebutted the Opposition’s charge of being partisan, under Mishra, the agency has indeed gone after many Opposition politicians, including Congress leaders P Chidambaram, D K Shivakumar and Ahmed Patel, NCP leaders Sharad Pawar and Anil Deshmukh, and AAP leaders Satyender Jain and Manish Sisodia. ED has also filed cases against activists Harsh Mander, journalists Siddique Kappan and media houses such as NewsClick.

This expanding scope of the ED probes has created a problem of diffused supervision. In the past three years alone, Mishra has had to remove as many as 300 officials, with sources saying that in many cases, integrity was an issue.

To ensure fingers are not raised at the agency, Mishra has also set standard operating procedures (SoPs) for everything from issuing of summons to conducting searches, interrogations and making arrests. Entry to the new ED office is strictly regulated and officers are frisked even while going from one wing to another.

However, for all that he has done for the ED, the one allegation that Mishra would want to shake off quickly is of ‘political partisanship’.