Sabarimala: 51 women entered temple HIGHLIGHTS: The Supreme Court Friday directed the Kerala government to provide security to two of the women who entered the Sabarimala temple.

Fifty-one women under the age of 50 entered the Sabarimala temple since the apex court’s September 28 verdict, the Kerala government informed the Supreme Court Friday.

The apex court was hearing a plea filed by two of these women-A Bindu and Kanakadurga- who had taken the trek to the shrine on January 2, seeking a round-the-clock security, fearing threats. The court has directed the state government to provide adequate security to the two women but has refused other contentions raised by the women and rejected their prayer to tag their plea with review petitions.

Senior advocate Vijay Hansaria, appearing for the Kerala government, said it was already providing adequate security to these women and other devotees who have entered the Sabarimala temple.

Fifty-one women in the age group of 10-50 have entered the Sabarimala temple since the September 28 order, the Kerala government informed the Supreme Court: HIGHLIGHTS

The Supreme Court was hearing the petitions of Bindu, a college lecturer and CPI(ML) activist from Kozhikode district's Koyilandy, and Kanakadurga, a civil supplies department employee from Angadipuram in Malappuram, who had entered the Sabarimala shrine on January 2

The two women had stepped into the precincts guarded by the police, more than three months after the apex court's historic judgment lifting the ban on the entry of girls and women between 10 and 50 years of age into the shrine of Lord Ayyappa, its "eternally celibate" deity.

The plea had sought round-the-clock security to both the women due to threat to their life for entering into the hilltop shrine as one of the women was assaulted by her mother in-law. 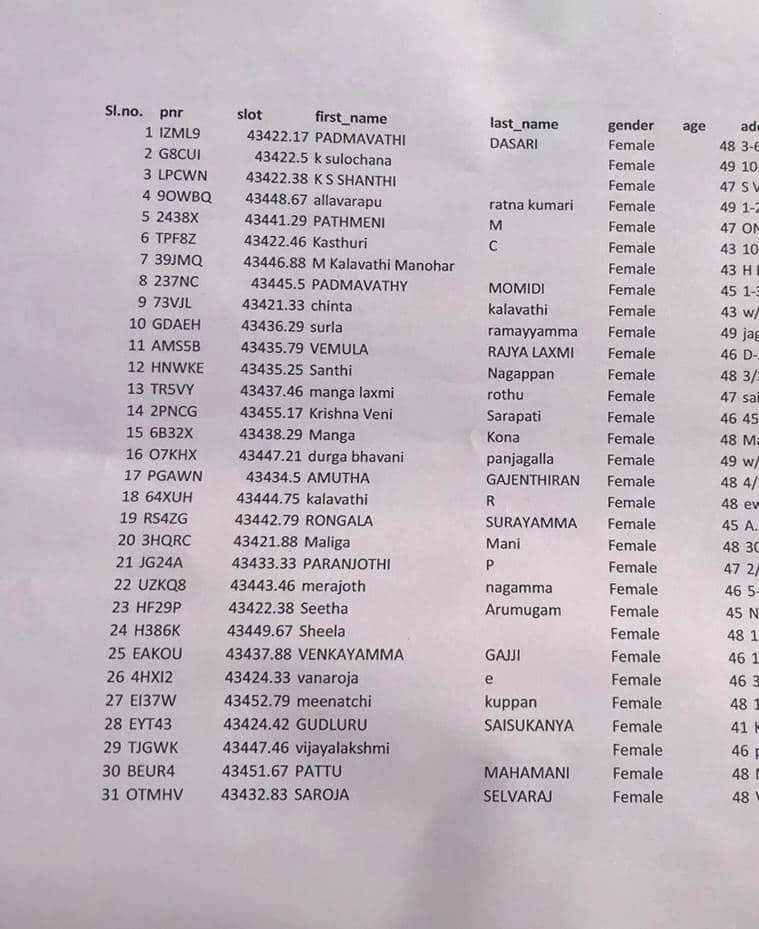 (Lists of 51 women submitted by Kerala govt in SC)

The Supreme Court Friday directed the Kerala government to provide round-the-clock security to two women who entered the Sabarimala temple on January 2. The court has, however, refused to get into other contentions raised by them and also rejected their prayer to tag their plea with review petitions The Supreme Court on September 28, 2018, overturned the centuries-old ban allowing women of all ages entry into the Sabarimala temple, which is considered to be the shrine of Lord Ayyappa, who was a celibate. Earlier, women of menstrual age (10-50) were denied entry into the temple.

A five-judge Constitution bench, headed by then Chief Justice Dipak Misra, in a 4:1 had said the ban amounted to gender discrimination.

Kanakadurga and Bindu stepped into the hallowed precincts guarded by police three months after the apex court's historic judgment. Following the entry of the women into the shrine, the chief priest had decided to close the sanctum sanctorum of the temple to perform the 'purification' ceremony.

The top court has said it may not start hearing pleas seeking a review of the Sabarimala verdict from January 22 as one of the judges was on medical leave.

Earlier, the apex court decided to hear in open court the review petitions against the verdict. Besides Justice Indu Malhotra and the CJI, justices R F Nariman, A M Khanwilkar and D Y Chandrachud are part of the five-judge constitution bench.

There are around 48 petitions seeking review of the judgment and they were filed following violent protests in favour and against the verdict.