Also, mindful of the challenges in the Indo-Pacific, Jaishankar — who played a key role in reviving the Quad grouping — has kept the newly formed Indo-Pacific division in the Ministry of External Affairs under his jurisdiction. 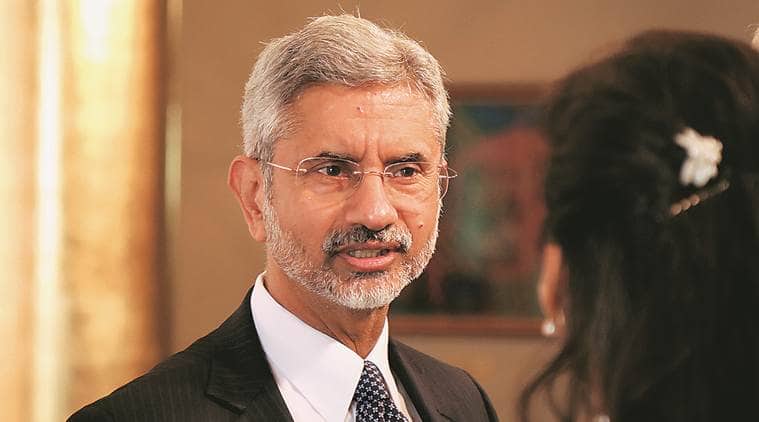 Recognising the key role of the European Union (EU) in the next five years, newly appointed External Affairs Minister Subrahmanyam Jaishankar has taken the entire EU under his wing, in a departure from his predecessor Sushma Swaraj.

Also, mindful of the challenges in the Indo-Pacific, Jaishankar — who played a key role in reviving the Quad grouping — has kept the newly formed Indo-Pacific division in the Ministry of External Affairs under his jurisdiction.

And, the United Nations issues will also be under Jaishankar’s direct charge, especially since India is planning to be on the United Nations Security Council in 2021-22, as it commemorates its 75th anniversary of Independence in 2022. During Swaraj’s tenure, the UN was not specifically allocated to any minister, and the officials used to handle it.

Minister of State V Muraleedharan has been given West Asia and North Africa — which covers the entire Gulf region where about 8 million Indian workers live and work. This means that key relationships like the UAE, Saudi Arabia and Israel have been given to him.

In the previous government, the portfolio was managed by MoS M J Akbar, but after his departure, it was largely handled by the Secretary (Economic Relations) T S Tirumurti.

Muraleedharan has also been given Eurasia, keeping in mind the increased focus on Central Asia, and counter-terrorism cooperation with all countries, and multilateral economic grouping including the G-20.

While work allocation among the two ministers has been finalised and orders issued, there has been no change in the work responsibilities of the five secretaries in the MEA, including Foreign Secretary Vijay Gokhale. Both ministers took charge on Friday and will start briefings from officials handling their portfolios.

According to the new work order, Jaishankar will handle overall supervision and coordination of policy and implementation; and the countries under his charge include all five permanent members of UNSC (P-5 countries), neighbourhood including Pakistan, Afghanistan, Iran; important G-20 countries like Japan, Germany, Canada, South Korea; multilateral groupings like SAARC, BIMSTEC, Disarmament and issues like the Nuclear Suppliers Group, UN, Indian Ocean and the Indo-Pacific division.

Like his predecessor, he has kept the External Public Diplomacy which includes the Spokesperson’s office, Indian Council for Cultural Relations (ICCR), administration (except junior-level appointments), vigilance, legal and treaties division, policy planning and research and the crucial and sensitive portfolio regarding political clearance for Governors, Lt. Governors, Union Council of Ministers, Chief Minister, Judges of Supreme Court and High Courts and Chairpersons and Members of National Level Commissions and Tribunals.

Muraleedharan has some new elements in his portfolio —- West Asia and North Africa division, Eurasia, counter-terrorism dialogues with all countries and Indian Council for World Affairs and its library —- which were not handled by his predecessor, General (retd) V K Singh.

Apart from these, he has the same portfolios as Singh’s, which include Latin American countries.