Road to reform: Why Modi govt could use schemes like PMGSY for farm sector reforms 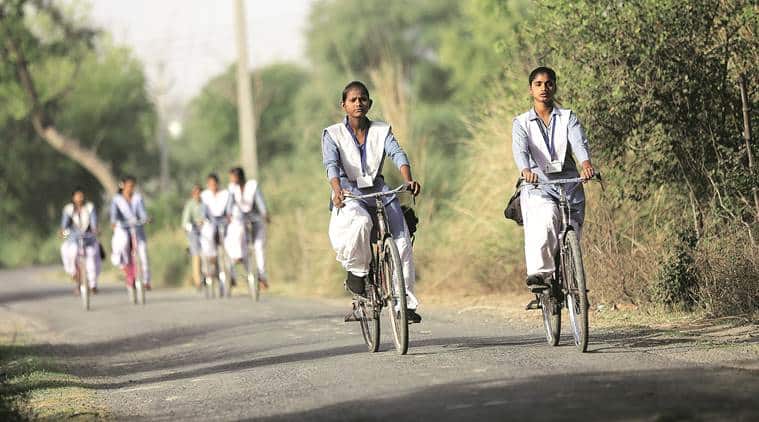 Pradhan Mantri Gram Sadak Yojana (PMGSY) has helped build nearly 6.15 lakh km of rural roads since its launch in December 25, 2000, and cover 1,67,290 out of the country’s 1,78,184 “eligible habitations” that had no connectivity previously

In her Union Budget speech, Finance Minister Nirmala Sitharaman stated that the Centre would “encourage” state governments to undertake farm sector reforms based on its “model laws” relating to agricultural produce marketing, land leasing and contract cultivation. The Minister did not, however, quite elaborate how they would be encouraged.

The Constitutionally-mandated body has further recommended that the state governments “take preparatory action by securing the passage of these Bills in their respective legislatures in 2020-21 to become eligible to avail the grants (performance-based incentives) awarded by us from 2021-22 onwards”.

But the above linking of grants-in-aid with agriculture reforms by states has already been kicked off in one of the most successful Centrally-sponsored schemes: the Pradhan Mantri Gram Sadak Yojana (PMGSY). 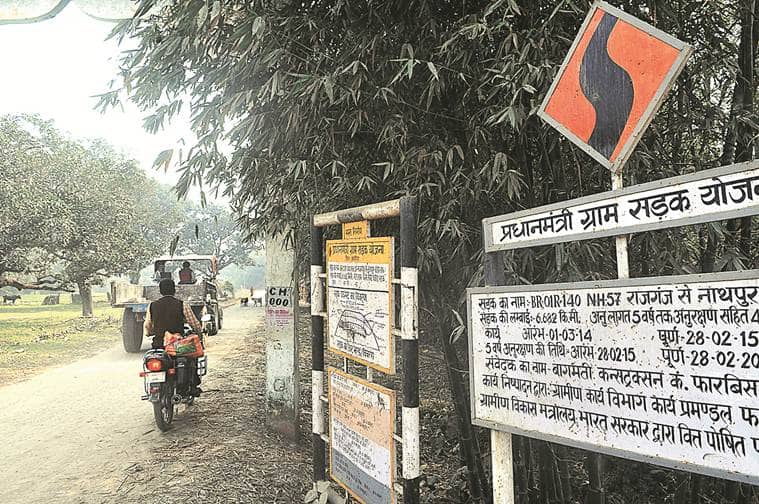 PMGSY-I involved construction of new all-weather roads in rural habitations having nothing more than kutcha or non-metalled dirt tracks. In this phase — it formally ended in March 2019 — 5,80,359 km out of the total sanctioned length of 6,46,728 km got built.

This programme — which has helped build nearly 6.15 lakh km of rural roads since its launch in December 25, 2000, and cover 1,67,290 out of the country’s 1,78,184 “eligible habitations” (those with a minimum population of 500 in the plains and 250 in hill states, tribal districts and desert areas) that had no connectivity previously — is now into its third phase.

PMGSY-I involved construction of new all-weather roads in rural habitations having nothing more than kutcha or non-metalled dirt tracks. In this phase — it formally ended in March 2019 — 5,80,359 km out of the total sanctioned length of 6,46,728 km got built. In PMGSY-II, the focus was on upgradation of existing roads — their strengthening through re-laying of surface, widening or straightening. About 50,000 km of roads was identified under this phase and out of the 49,832 km sanctioned length, 32,163 km have been completed so far. In addition, 1,406 km out of a sanctioned road-length of 8,214 km have been constructed/upgraded under a separate “Road Connectivity Project for Left Wing Extremism Affected Areas” approved in December 2016.

In July 2019, the Modi government cleared phase three of PMGSY. Costing Rs 80,250 crore, with the Centre’s share at Rs 53,800 crore and the states contributing Rs 26,450 crore, it proposes to consolidate the gains from the scheme by linking already-built roads to agricultural markets. Thus, if a particular habitation has an existing PMGSY road, the same road will next have a spur route connecting directly to the nearest APMC (agricultural produce market committee) mandi or GrAM (Gramin Agricultural Market). In all, it is envisaged to create/improve 1,25,000 km of rural roads under PMGSY-III to enable easy and faster movement of produce from villages.

But the significant part about PMGSY-III is the release of funds from the Centre being made conditional upon the states carrying out amendments to their respective APMC laws. The states adopting reforms in line with the Union Agriculture Ministry-drafted Model Agricultural Produce and Livestock Marketing (Promotion & Facilitation) Act of 2017 “shall be accorded priority in PMGSY-III”, states the supplementary note for a Cabinet Committee on Economic Affairs meeting held on July 19.

According to official sources, the supplementary note was prepared at the instance of the Prime Minister himself. “His whole point was that when the Centre is giving so much money (the implementation period for PMGSY-III is from 2019-20 to 2024-25), why not use this opportunity to also push agriculture market reforms and allow farmers to sell to anybody and anywhere (as against the current system, where their crop can be brought to and purchased only from regulated APMC mandis)?”, they said.

The original Cabinet note merely required any state government to enter into a Memorandum of Understanding with the Ministry of Rural Development for providing adequate funds towards maintenance of PMGSY roads in the post five-year guarantee period, mandatorily taking up roadside tree plantation and also using plastic waste in the construction. “This note had to be re-drafted to incorporate the reform conditionality,” the sources told The Indian Express.

As of now, two states have been sanctioned funds under PMGSY-III. Both are, interestingly, ruled by the Opposition Congress. The first batch of proposals, for 355 roads and 10 bridges over 3,729.17 km at an estimated cost of Rs 2,290.13 crore, came from the Chhattisgarh government. The second, for 108 roads and 27 bridges covering 1,444.32 km at a cost of Rs 1,176.12 crore, was from Madhya Pradesh (MP). Both were approved last month, while five others — Andhra Pradesh (AP), Karnataka, Tamil Nadu, Rajasthan and Gujarat — have submitted theirs, based on the detailed project reports for individual roads already vetted by the state technical agencies concerned (mainly the Indian Institutes of Technology and National Institutes for Technology).

“Chhattisgarh qualified as its government has implemented reforms such as permitting establishment of private produce markets, direct wholesale purchase from farmers as well as sales to retail consumers bypassing the APMCs, electronic trading, contract farming, deregulation of fruits and vegetables marketing, issuing a unified trading licence and levying of a single-point market fee across the state. MP and AP, too, have adopted most of these provisions consistent with the Centre’s model legislations,” the sources noted.

The PMGSY was a fully centrally-sponsored scheme until 2015, when the states started providing 40% funding. The Centre’s share was kept at 90% only in respect of Jammu & Kashmir, Himachal Pradesh, Uttarakhand and the eight Northeast states. Although initiated by the National Democratic Alliance (NDA) government of Atal Bihari Vajpayee, the programme did not falter even after the Congress-led United Progressive Alliance (UPA) came to power in 2004-05. In fact, the highest road-length of 55,000 km-plus for any year was achieved in 2009-10. Only in the last two years of UPA (2012-13 and 2013-14) did construction suffer, before being revived again by the current NDA government under Modi (see table 1).

The remarkable thing about PGMSY is that the roughly Rs 2.16 lakh crore of cumulative spending has largely gone to build roads in the states with least connectivity at the turn of the century: MP, Rajasthan, Odisha, Uttar Pradesh, Bihar, West Bengal and Chhattisgarh (table 2).

PMGSY, moreover, raised the bar in asset quality: The roads built were to meet technical specification and geometric design standards in the Rural Roads Manual, specially brought out in 2002 by the Indian Roads Congress. They were engineered to take at least 2 msa (million standard axles) commercial traffic load at the end of their 10-year design life. The DPRs of all roads had to be scrutinised by designated state technical agencies and the National Rural Roads Development Agency. PMGSY roads were also covered by a five-year maintenance contract. This was over and above the construction contract to be entered with the same contractor, as per a Standard Bidding Document. 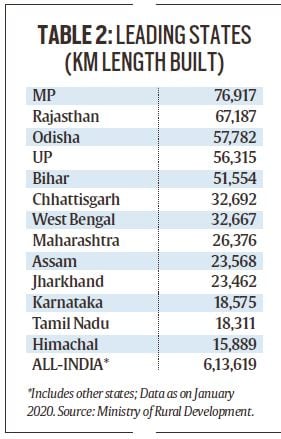 “PMGSY’soriginal objective of providing pucca road connectivity to all rural habitations has been 95% met. Now is the time to use it to build the road to reform,” the sources added.

If majority is not vigilant, Mughal Raj not far away: Tejasvi Surya