The current price cap for testing samples for the novel coronavirus disease in the private sector is Rs 4,500. This was fixed in March. 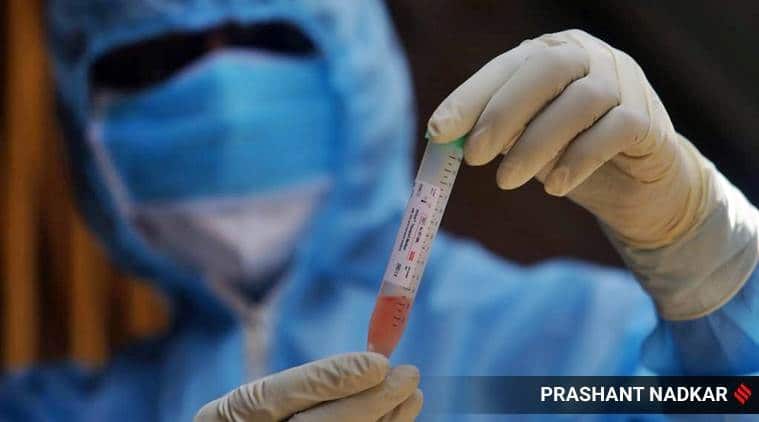 As per the Saturday bulletin, there are 657 active cases, results of 2,639 are awaited. A total of 32 Covid patients have died in the state so far, and out of 50,613 samples taken, 46,028 have tested negative. (Representational)

Even as private diagnostic laboratories cite the Rs 4,500 price cap as one of the pain points for their COVID19 testing numbers stagnating at less than 20 per cent of daily tests, the central government wants the price to be further reduced. This is in the light of the availability of indigenous testing kits and other supplies, unlike in March when all of these had to be imported amidst tough global competition.

In a letter to states on Monday, Dr Balram Bhargava, secretary department of health research wrote: “Now, testing supplies are also stabilizing and many of you have started procuring such kits from local market. Due to varied options of testing materials/ kits including indigenous ones, the prices are becoming competitive and are undergoing reduction. As you are fully aware, COV|D19 has been declared as a pandemic and ICMR continuously advocates aggressive testing of lLl symptomatic persons for which RT-PCR test is considered as Gold Standard. ln this backdrop and keeping in view the evolving prices of the testing commodities, the earlier suggested upper ceiling of INR 4,500 vide letter dated 17/3/2020 may not be applicable now and therefore all State governments/ UT Administrations are advised to negotiate with private labs and fix up mutually agreeable prices for samples being sent by the government and also for private individuals desirous of testing by these labs.”

The current price cap for testing samples for the novel coronavirus disease in the private sector is Rs 4,500. This was fixed in March. Days after that, a court order that asked the private sector to do free tests for COVID-19 had caused a furore. The order was reversed in just a week but private laboratories have maintained that even with Rs 4,500 they are not able to recover expenses and are continuing the tests at a time when non-COVID operations are down 18-20 per cent of normal, as a “service” to the nation.

Bhargava wrote in his letter: “At the beginning of COVID19 pandemic, there was a global crisis of testing kits and reagents as lndia was heavily reliant on imported products for molecular detection of viruses. As such, in-mid March, 2O2O, no rates for RT-PCR test for Coronavirus was available for reference in the country. Keeping in view the cost of imported kits and efforts involved in carrying out the test, ICMR suggested the upper limit of a single test as -lNR 4,500 vide its letter dated 17 /3/2o2o.”

Incidentally, the 182 private laboratories in the country make up 29 per cent of the total testing infrastructure. There are 428 government laboratories where Covid testing is currently taking place.

OnePlus Buds launch in July? Things we know about these TWS earbuds