Justice Patnaik was appointed by the Supreme Court to hold an inquiry into the sensational allegations including the fixing of benches after a lawyer claimed that a larger conspiracy was at work in the apex court. 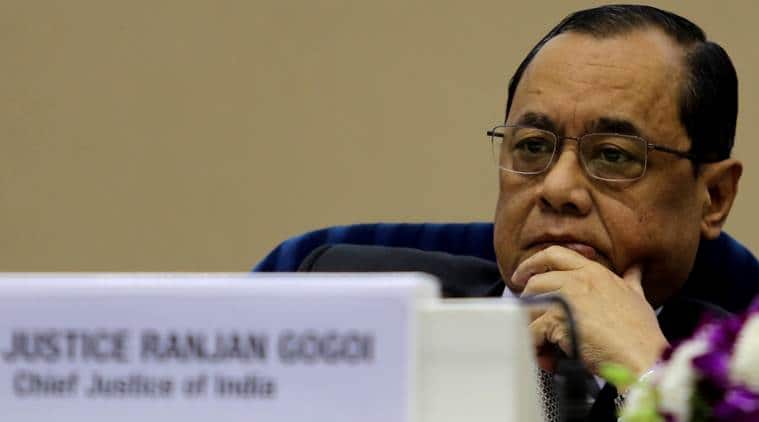 Former Supreme Court judge A K Patnaik Monday said he has called for some more information from the intelligence agencies – CBI, IB – and Delhi Police to find truth behind the allegations of “larger conspiracy” to frame the Chief Justice of India Ranjan Gogoi.

Justice Patnaik was appointed by the Supreme Court to hold an inquiry into the sensational allegations including the fixing of benches after a lawyer claimed that a larger conspiracy was at work in the apex court.

Utsav Singh Bains had made the allegations when the apex court was hearing the sexual harassment charges against the CJI in which the three-member in-house inquiry committee did not find any substance.

When contacted, Justice Patnaik told PTI over phone from Cuttack, Odisha, that the inquiry will take some more time as he has to peruse more documents to find out the truth.

While ruling out the possibility of submitting the report by July, the retired apex court judge said he has gone through the documents already supplied to him but to find clues he needs more documents.

Read | Will throw you out if you disrespect A-G, SC judge tells lawyer who claims plot against CJI Gogoi

Justice Patnaik said he is on vacation at his home town and will recommence the work of inquiry on coming back to Delhi in July.

However, he refused to make any comment on the prima-facie view he holds about the allegations. “I have called for some material from the CBI, IB and the Commissioner of Police, Delhi. They have sent the materials and I have gone through them.”

“I can’t disclose everything to media. I am supposed to submit the report in a sealed cover. If I start disclosing everything, all the witnesses will be removed,” he said.

“We have to find the truth. Unless I find out what is the truth, I can’t give the report. The report will take some time,” he said, adding that there was a need for giving more time to complete the task and no time frame can be given for it.

While appointing Justice Patnaik on April 25 to hold an inquiry into the allegations of Bains, the apex court had made it clear that the probe by him shall not be with respect to the “alleged misbehaviour” involving the CJI.

The top court had said that outcome of inquiry by Justice Patnaik “shall not affect the in-house procedure/ inquiry which was pending in the administrative side”.

An in-house inquiry committee comprising senior most judge Justice S A Bobde and two women judges of the apex court — Justices Indu Malhotra and Indira Banerjee — on May 6, gave clean chit to the CJI on the allegations of sexual harassment levelled by the former woman employee of the Supreme Court.

World Cup 2019: Kuldeep Yadav, Yuzvendra Chahal likely to start off in the opener against South Africa