Union Home Minister Rajnath Singh, who was the chief guest, gave away the prizes to 29 winners across 18 categories from print and broadcast journalism. IT was the spirit of democracy, transparency and courage that dominated the award ceremony of the13th Ramnath Goenka Excellence in Journalism Awards in New Delhi, last week. The hall at the Hyatt Regency Delhi was packed to capacity. Even the cold was not a deterrent for the who’s who of Indian politics, who were at the annual event.

Union Home Minister Rajnath Singh, who was the chief guest, gave away the prizes to 29 winners across 18 categories from print and broadcast journalism. There were politicians across party lines and other eminent personalities from the fields of business, media and law at the event. 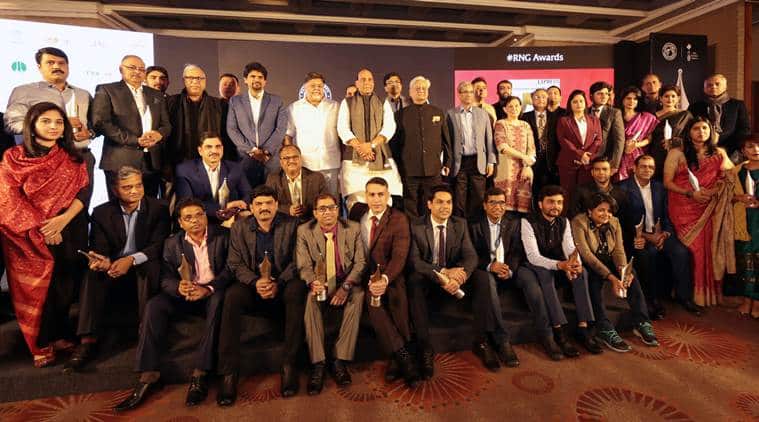 Union Home Minister Rajnath Singh gave away the prizes to 29 winners from print and broadcast journalism. 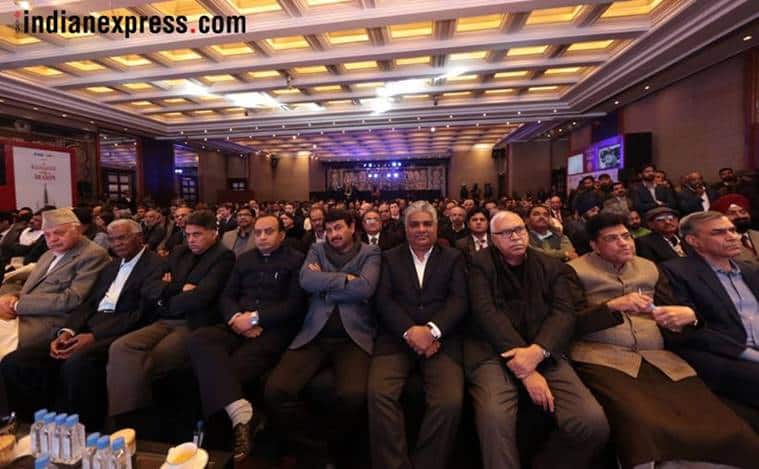 The evening also had a panel discussion on “#MeToo in the Newsroom: What editors can and should do”, which was moderated by The Indian Express Deputy Editor Seema Chishti. It had four women editors and newsroom leaders as participants: Dhanya Rajendran, co-founder and editor-in-chief, The News Minute; Meenal Baghel, editor, Mumbai Mirror; Ritu Kapur, co-founder and chief executive officer of The Quint; and Rupa Jha, head of Indian Languages, BBC World Service. Pertinent questions and issues regarding the movement were discussed along with what can be the best way ahead for women’s rights, and how newsrooms can be made safer for women.

Subscriber Only Stories
View All
How a toilet campaign changed lives, helped women in Telangana’s Narayanpet
Conspiracy, data theft with ex-staff: Digital India firm accuses pvt company
After CUET, DU admissions drop 25%; enrollment of girls sees bulk of decr...
Karunanidhi: The power of the pen and its wielder
Monthly plan to access Budget
First published on: 09-01-2019 at 23:38 IST
Next Story