Naidu proceeded with the Zero Hour despite relentless sloganeering by the Opposition MPs, many of whom stormed the Well of the House. 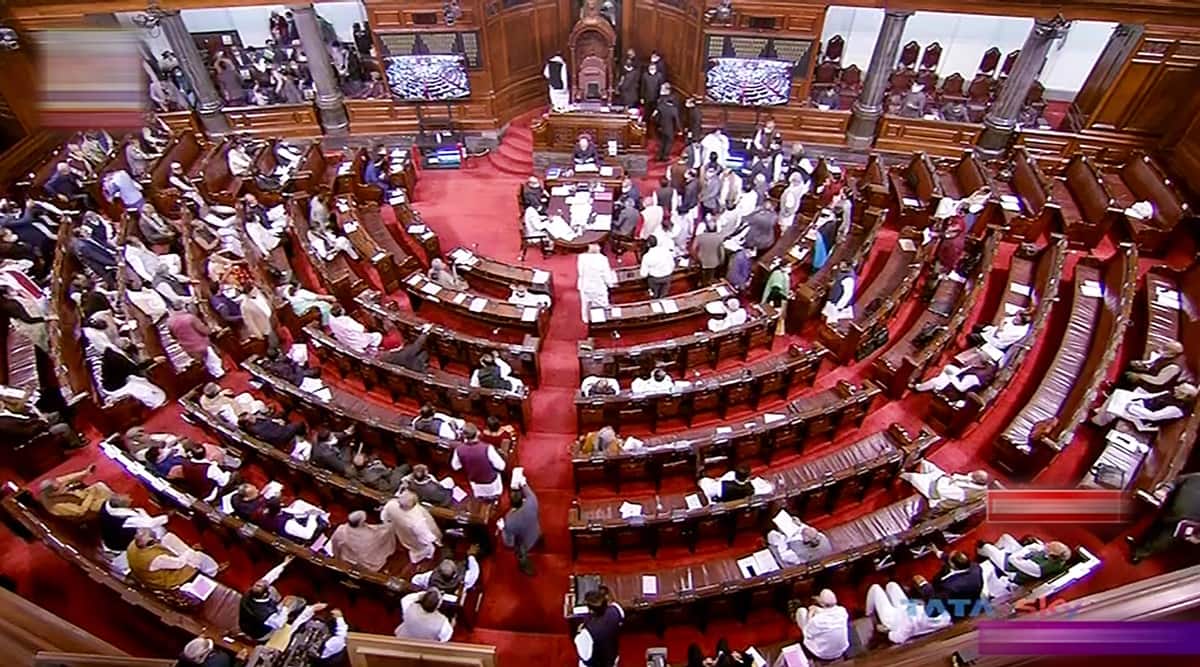 View of the Rajya Sabha during the Winter Session of Parliament, in New Delhi (PTI)

The Rajya Sabha on Tuesday continued to witness protests against the suspension of 12 MPs even as Chairman M Venkaiah Naidu maintained that he will not reconsider the decision if the proceedings of the House are disrupted by members of the Opposition parties.

Naidu proceeded with the Zero Hour despite relentless sloganeering by the Opposition MPs, many of whom stormed the Well of the House. The Opposition also insisted that the Leader of the Opposition Mallikarjun Kharge be allowed to speak, but Naidu asked the members to return to their seats first.

“You are compounding the offense… send Sanjay Singh out, he is challenging the chair,” Naidu said after the Aam Aadmi Party MP continued to occupy the Well area despite being asked to vacate it.

After the completion of the Zero Hour, the House was adjourned till 2 pm. Earlier, the proceedings began at 11 am with Naidu asserting that the suspended MPs “have made a mistake, the House has taken a decision, and there is no question of discussion on that.”

The chairman said he has admitted 26 out of 50 Zero Hour notices, including some from Opposition MPs. “A handful of members cannot disrupt the entire House, even your people have given Zero Hour notices,” Naidu said, addressing the protesting MPs. The protests were not shown in the livestream of the proceedings by Sansad TV.

Urging the Opposition to maintain decency and decorum in the House, Naidu said, “This sort of pressure is not going to work either on me or the government.” He reiterated that the decision to suspend the MPs will be reconsidered only if they express regret over their actions.

“That is the position and you know I cannot go beyond that. And moreover, by… unparliamentary behaviour and obstructing other members and then trying to force is not going to work at all, you are not going to help them, please understand. If you want to strengthen their hands, be in your respective seats, follow the rules and then plead your case and their case,” he added.

The members were suspended on the first day of the Winter Session for alleged unruly conduct on the last day of the Monsoon Session in August during the passage of the General Insurance Business (Nationalisation) Amendment Bill, 2021. The suspended members comprise six from the Congress, two each from the Trinamool Congress and the Shiv Sena, and one each from the CPI and the CPM.

Mayawati: Inaugurating half-baked projects will not strengthen BJP’s base