In a statement, the minister said, "It is misleading to read Tilak as ‘father of terrorism’ through the present (definition) of ‘terrorism’. In the context of the freedom struggle, terrorism merely meant terrorising the English and chasing them out of the country.” 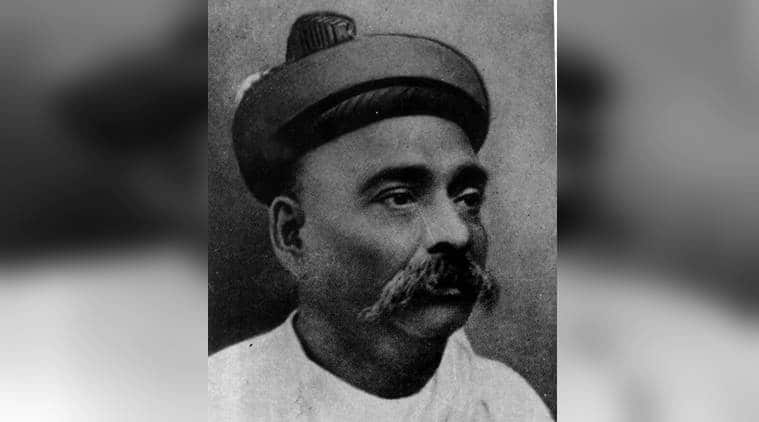 While Rajasthan Congress chief Sachin Pilot has criticised the state government for a Class VIII reference book referring to Bal Gangadhar Tilak as the “father of terrorism”, Minister of State (Independent charge) for Primary and Secondary Education Vasudev Devnani maintains that it should be read in the “correct context of Indian freedom struggle”.

In a statement, Devnani said, “It should be read in the correct context of Indian freedom struggle. It is misleading to read Tilak as ‘father of terrorism’ through the present (definition) of ‘terrorism’. In the context of the freedom struggle, terrorism merely meant terrorising the English and chasing them out of the country.”

According to Tilak, the minister noted, the English could be driven out “only by terrorising their hearts. Hence, some enraged English historians used all sorts of words for him. Hence, ‘father of terrorism’ should not be viewed in its present context (of the term terrorism).” Devnani reiterated that it was a reference book, and not a course textbook.
The Indian Express had reported on May 10 that the Social Studies reference book is used by some private English-medium schools affiliated to the Rajasthan Board of Secondary Education.

While discussing ‘Incidents of National Movement during Eighteenth and Nineteenth Century,’ the book states, “Many Indians raised their voice against the atrocities of British government. In his newspapers namely — ‘Maratha’ and ‘Kesari’, Bal Gangadhar Tilak wrote articles against all this in Maharashtra. These newspapers have been the proof of their fight against injustice. Tilak demonstrated a path towards national movement, therefore, he is called as the father of terrorism.”

The book is published by Student Advisor Publications Private Limited, established in Mathura, Uttar Pradesh, in 2014. Earlier, Mukesh Yadav, a manager with the publication, had told The Indian Express, “Tilak isn’t being called the father of terrorism in the book. Uska bhaav kuchh aur alag hi aa raha hai (Its essence is something else)…. If you read it entirely, you will understand it clearly.”

PTI quoted Rajpal Singh, a production official at the publisher’s office, as saying, “The translators made the mistake. It had come to our notice and was corrected in the revised edition last month. The first edition was published last year.”

Congress leader Sachin Pilot called the state government a “self-proclaiming ‘nationalist’ BJP government”, under which such language is being employed for a freedom fighters.