Rahul Gandhi air scare LIVE UPDATES: Alleging conspiracy behind the technical fault in Rahul Gandhi's flight, the Congress has registered a complaint with the DGP of Karnataka.

Congress president Rahul Gandhi went through a panicked situation mid-air when his flight en route Hubli developed a technical snag on Thursday. The Congress scion was scheduled to visit Hubli as part of the ongoing campaign in the Karnataka assembly elections. The Congress alleging “intentional tampering” filed an FIR against the pilots and demanded that the matter be probed at the highest priority.

According to the complaint filed by Rahul’s aide, Kaushal Vidyarthee, the flight took off around 9.20 am. Besides Rahul and Vidyarthee, an SPG officer was also on board the flight. “At around 10:45 am, the aircraft suddenly tilted heavily on the left side and the altitude dipped steeply, combined with violent shuddering of the aircraft body… The weather outside was sunny, normal and not windy… A clanking noise was clearly audible from one side of the plane throughout the shuddering of the aircraft body. It was also learnt that the autopilot of the aircraft was not functioning,” said the complaint, addressed to Karnataka Director General and Inspector General of Police Neelmani N Raju.

Rahul Gandhi is yet to make any comments on the incident.

As per operator's report, it was snag of autopilot mode, pilot shifted to manual mode and the aircraft landed safely. Autopilot failure incidents aren't uncommon.  A two-member committee set up to probe the incident. The report is likely to come in two-three weeks, said DGCA.

DGCA to investigate the matter

Sources in the Directorate General of Civil Aviation said the regulator would investigate the incident. “The operator has reported the incident to us. As per operator’s report, it was a snag of autopilot mode, and the pilot shifted to manual mode and landed safely. Shutdown of autopilot incidents are not uncommon. For any VIP flight, the DGCA conducts a detailed examination. We shall do so here also,” said a source in the DGCA.

'Suspicious and faulty performance of aircraft not natural'

It was apparent from the suspicious and faulty performance of the aircraft that the incidents of shuddering and altitude dipping were not natural or weather related, but were due to some technical snags. Serious questions related to intentional tampering with the aircraft cannot also be brushed aside and are required to be addressed and investigated, says Rahul's aide who accompanied him in flight.

'Rahul was with the crew'

Never thought we would make it through what happened in the aircraft today...cant believe how brave RG is...being a pilot himself he was constantly by the side of the crew through the crisis. Respect! @vidyarthee

'What happened to his plane is a serious case of aviation mechanics failure. A complaint letter has been written to the DGCA to look at all aspects of the matter, including that of possible foul play,' Congress party spokesperson Randeep Surjewala said, reported ANI.  "At one point, the plane had tilted to one side, as the autopilot mode had failed. However, throughout this time, he (Rahul Gandhi) remained calm & composed & kept assuring others that they would all safely land in Hubbali," he added

Copy of the FIR filed against the pilots

Copy of the FIR against the complaint filed by @vidyarthee pic.twitter.com/DcFwFGQIMb

Rahul Gandhi was on his way to Karnataka

The flight scare happened while Rahul Gandhi was on his way to Karnataka. Gandhi is on a two-day visit to Karnataka. He will be campaigning in the districts of Uttara Kannada, Dahskina Kannada, Kodagu and Mysuru, ahead of the polls in the state on May 12

"Yes, we have received a complaint about some unexplained turbulence of the aircraft," Renuka Sukumar told PTI. She said, "We have registered a complaint under Section 287 (negligent conduct with respect to machinery) and 336 (act endangering life or personal safety of others) of the IPC." The complaint that names the two pilots was filed by KPCC General Secretary Shakir Sanadi, she said.

Section 11 of the Aircraft Act deals with the oenalty for flying so as to cause danger. 'Whoever wilfully flies any aircraft in such a manner as to cause danger to any person or to any property on land or water or in the air shall be punishable with imprisonment for a term which may extend to six months, or with fine which may extend to one thousand rupees or with both,' it says.

Reports from Bangalore say an FIR is being taken up in Gokul Road police station against the pilots on the complaint of Karnataka Pradesh Congress Committee general secretary Shakir Sannadhi under sections 287 and 336 of the IPC read with Section 11 of Aircraft Act 1934.

'Thankful for being alive'

Glad to be in a room and getting some rest....thankful for being alive...never had such a frightening experience in my life...plane went into free fall...couldnt believe CP's composure and calmness as he stood beside pilots trying to save the situation.

Congress tweets out copy of complaint

Complaint to the DG&IG of Police, Karnataka, regarding the serious malfunction of the aircraft carrying Congress President @RahulGandhi pic.twitter.com/P3RJwkWOMR

Congress statement on what happened to the flight

According to the complaint filed by Congress, the aircraft in which Rahul Gandhi was travelling titled suddenly to the left at around 10.45 am and the altitude dipped steeply, combined with violent shuddering of the aircraft body. A clanking noise could be heard from one side of the plane and the autopilot was also not functioning.

The plane eventually landed at Hubli at around 11.30 am while continuously shaking and making unusual audible sounds. The crew also admitted that the flight was particularly frightening and uncommon, the complaint stated.

Alleging conspiracy, the Congress in its complaint said that the flight experienced incidents of shuddering and altitude drooping were not natural considering the weather outside was sunny and not windy

DGCA to examine in detail

"Operator has reported the incident to us.As per operator report, it was snag of autopilot mode and pilot shifted to manual mode and landed
safely. Shut off autopilot incidents are not uncommon. For any VIP flight, DGCA examines it in detail. We shall do here also," a source in the Directorate General of Civil Aviation said.

Here is the complaint that Congress has filed with the DGP of Karnataka. 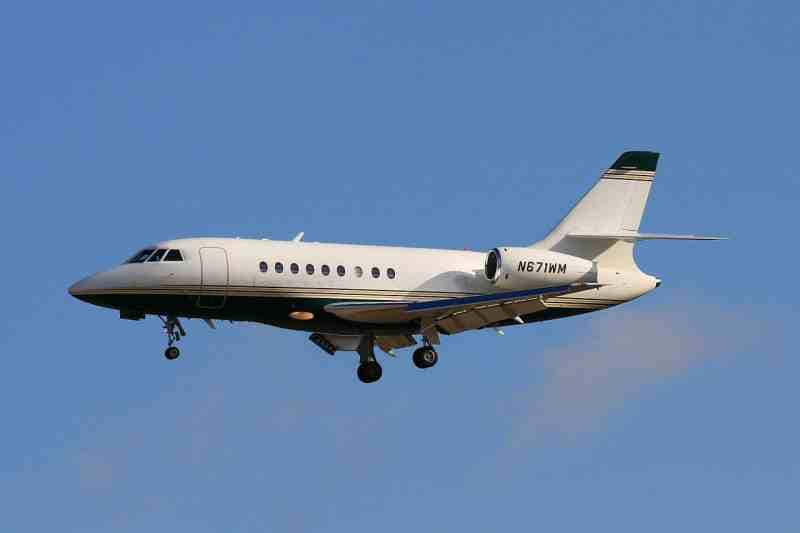 The Congress chief, who is on his seventh leg of campaigning in Karnataka ahead of the Assembly election on May 12, took a chopper from Hubli to Ankola and continued with the scheduled rallies.

“It is to be stated that the weather outside was sunny, normal and not windy as per the observation of the passengers and as per the forecast of the day,” the complaint letter reads.

“The whole flight experience of the flight left the passengers with a lot of anxiety and stress, and positively fearing for their lives. The crew was also petrified and admitted that the flight was particularly frightening and uncommon,” it adds.