In an application, the government termed the controversial portion appearing in paragraph 25 of the verdict as an “error”. 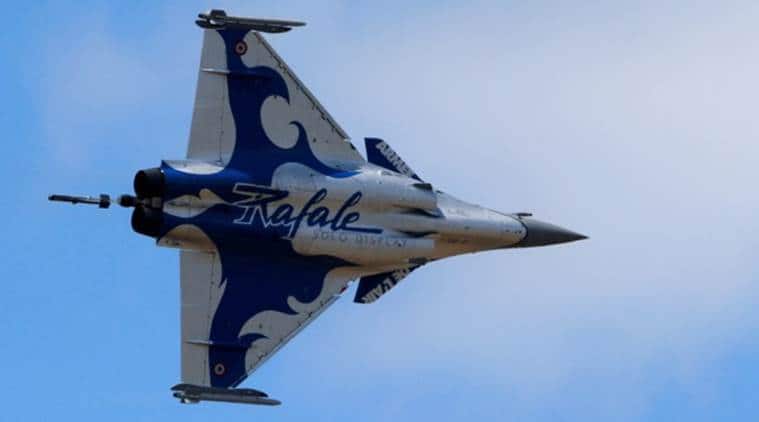 The Centre on Saturday approached the Supreme Court seeking “correction” in its judgment in the Rafale matter amidst a controversy over a statement in the verdict that a report of the Comptroller and Auditor General (CAG) on the pricing of the fighter jets “has been” examined by the Public Accounts Committee (PAC).

In an application, the government termed the controversial portion appearing in paragraph 25 of the verdict as an “error” and submitted that it may have “crept in” due to “misinterpretation of a couple of sentences in a note” it had “handed over” to the court “in a sealed cover”.The government urged the court to deal with it “urgently”.

However, with Chief Justice of India Ranjan Gogoi “out of country” till December 19, all urgent matters — as per an official notification — will be placed before the next most senior judge of the court who is available in Delhi for taking a suitable decision. “Urgency (of the matter) will be decided by that judge,” said a source in the apex court.

A three-judge bench of CJI Gogoi and Justices S K Kaul and K M Jospeh had on Friday dismissed peitions which sought a court-monitored probe into the multi-billion dollar deal for purchase of 36 Rafale jets from France.

The dismissal came as a setback for the Opposition which had been hoping to corner the Narendra Modi government over the agreeement. But the statements in paragraph 25 of the verdict gave it fresh ammunition. Opposition leaders said there was no CAG report yet on the deal and alleged that the government had misled the court by presenting wrong facts.

Seeking to clear the air, the Centre in its application said it was “seeking a correction with regard to two sentences in paragraph 25 of the judgment delivered by this Hon’ble Court on 14.12.2018 in the present case”. It said “the error in these 2 sentences, as explained hereinafter, appears to have occurred, perhaps, on account of a misinterpretation of a couple of sentences in a note handed over to this Hon’ble Court in a sealed cover”.

The government said “the observations in the judgment have also resulted in a controversy in the public domain, and would warrant correction by this Hon’ble Court in the interest of justice”.

The Centre contended that the statement in paragraph 25 “appear to have been based on the note submitted by the Union of India, alongwith the pricing details, in two sealed covers”.

The government said that the said note submitted in response was in the form of “bullet points”. The second bullet point said; “The Government has already shared the pricing details with the CAG. The report of the CAG is examined by the PAC. Only a redacted version of the report is placed before the Parliament and in public domain”.

The application added – “that it would be noted that what has already been done is described by words in the past tense, i.e. the Government “has already shared” the price details with the CAG. This is in the past tense and is factually correct. The second part of the sentence, in regard to the PAC, is to the effect that “the report of the CAG is examined by the PAC”.

Pointing out that “is” in the latter sentence in its note was replaced with “has been” in the judgment, the centre said its “submission… to the effect that the report of the CAG “is” examined by the PAC, was a description of the procedure which is followed in the normal course, in regard to the reports of the CAG. “

It added that “the very fact that the present tense “is” is used would mean that the reference is to the procedure which will be followed as and when the CAG report is ready”.

The government submitted that “unfortunately, an element of misinterpretation of the statement made in the note/bullet points handed over on behalf of the Union of India in the sealed cover, appears to have crept in” and “has also resulted in a controversy being raised in the public domain”.

It prayed that the court correct the same “so that any doubts and or any misunderstanding is not allowed to creep in the judgement”.