Punjab: Girl jumps to death after staff on bus molest her, mother 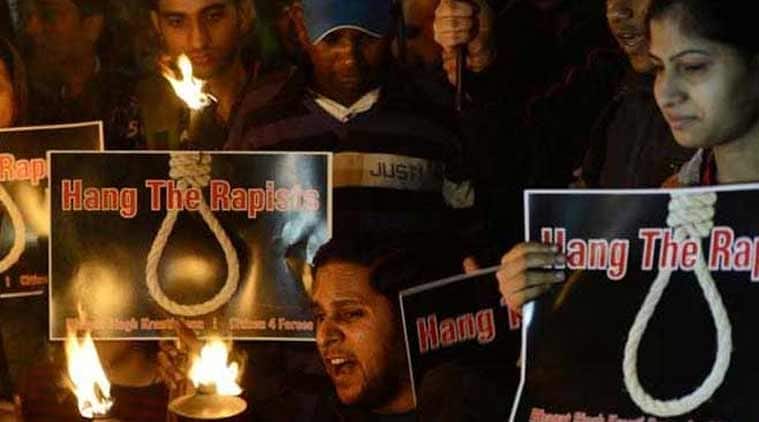 The woman and her daughter were molested during a bus journey in Punjab. Photo shows a protest against the Delhi gangrape accused last year.  (Source: Express Archive)

In a reminder that public transport in many parts of India continues to be unsafe despite the outrage over the Delhi gang rape incident, a teenager jumped to her death after she and her mother were allegedly molested by a helper on a bus in Punjab.

A 38-year-old woman was travelling with her 16-year-old daughter from Abohar to Moga on a bus operated by Orbit Aviation Private Limited, co-owned by Punjab deputy chief minister Sukhbir Singh Badal. The bus reportedly had very few passengers.

The seriously injured woman was picked up from a road near Gill village and taken to the Baghapurana Civil Hospital, where her condition is stated to be serious. Her daughter was declared dead on arrival.

Baghapurana SHO Avtar Singh confirmed the incident and said they were yet to identify the accused. “The bus driver absconded from the spot along with the conductor and helper,” he said.

Moga SP H S Pannu the police were recording the statement of the woman and an FIR will be registered after verifying the facts. “We are verifying claims that the woman was molested, he said.