The complainants were allegedly socially boycotted by their caste panchayat over inter-caste marriage. Umesh Chandrakant Rudrap (51), a private vehicle driver, a resident of Shivneri Nagar in Kondhwa, lodged the first information report (FIR). 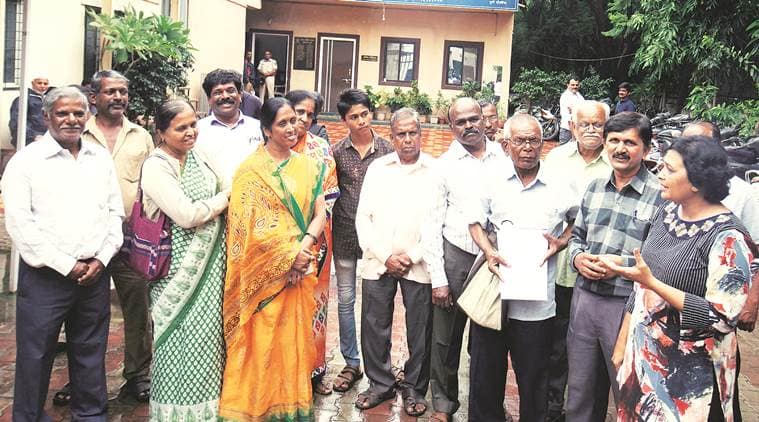 The complainants were allegedly socially boycotted by their caste panchayat over inter-caste marriage.(Source/Express news service)

As per the complaint, Rudrap got married to a woman of another caste about 25 years ago. The caste panchayat of his community had then passed an order, boycotting him from the community. Rudrap stated that he repeatedly approached the caste panchayat authorities, requesting them to lift the boycott as his children had grown up, but are not allowed to participate in any functions and activities of the community. Rudrap mentioned that the accused caste panchayat members insulted him when he attended any marriage ceremony of persons from his community. Along with Rudrap, eleven more families from the Telgu Madelwar Parit Community in Pune, who have faced social boycott, filed the complaint on Monday.

Speaking to The Indian Express, Rudrap said, “There are at least 40 family in Pune from my community who have been socially boycotted by the caste panchayat following inter-caste marriage. We approached the Maharashtra Andhashraddha Nirmulan Samiti (MANS) for help about two years back. MANS activists have been helping us since then. We even sought help from the police in the past. But due to lack of strong law, we did not get enough support. After the Prohibition of Social Boycott bill came into force, we lodged the FIR with the help of MANS, formed by slain anti-superstition activist Narendra Dabholkar.”

MANS president Avinash Patil, Krushna Chandgude, who heads the movement against caste panchayats, principal secretary Milind Deshmukh and city president Nandini Jadhav were present at the Kondhwa police station when the FIR in this case was lodged.
Senior police inspector Satish Govekar is monitoring the investigation in this case. No arrests were made till reports last came in. Police said that the investigation was on and based on it, further action will be taken.

Milind Deshmukh said, “This is the first case in the state. In fact, this is the first in the country under the Prohibition of Social Boycott Act. We hope the police investigate the case properly and give justice to the victims. Caste panchayats across the country have been running a parallel legal system and have imposed social boycott on many. MANS will campaign for the implementation of this law in all states.”
Maharashtra is the first state in the country to formulate a law to punish social boycott. Punishment for an offence under the Prohibition of Social Boycott Act includes a fine of up to Rs 5 lakh and imprisonment of up to seven years or both.