In first remarks after the triumph, President-elect Ram Nath Kovind, former Bihar Governor, recalled his ‘kutcha’ home of mud walls in a village in Uttar Pradesh 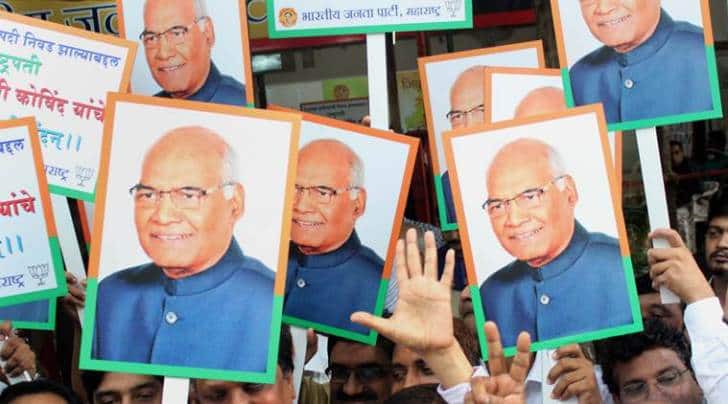 Former Bihar governor Ram Nath Kovind on Thursday was elected as the 14th President of India. He was the NDA’s presidential candidate and won with over 7 lakh votes against Opposition candidate Meira Kumar. Here’s how the foreign media reported Kovind’s victory:

American daily The New York Times chose to play up the President-elect’s caste identity in its story. With a headline that reads India Picks Ram Nath Kovind, of Caste Once Called ‘Untouchables,’ as President, the article states how it’s “a rare achievement” for a Dalit to be elected as the 14th President of India. It also notes that the move was “an effort to secure Dalit vote in future elections.” The report also talks about how Kovind’s presidency may benefit BJP in the 2019 general elections. “Mr. Kovind had been selected purely because of his identity, not his accomplishments,” the report said quoting Nilanjan Mukhopadhyay — a journalist who has written a biography of  PM Narendra Modi.

Pakistani daily Dawn chose to highlight Kovind’s BJP backing in the headline. Titled as India elects BJP-backed Kovind as 14th president, the article includes a tweet from PM Modi congratulating Kovind on his victory. The short report also includes the 71-year-old leaders RSS background. “Kovind is a longtime associate of the Rashtriya Swayamsevak Sangh, or National Volunteer Corps, a Hindu group that has been accused of stoking religious hatred against Muslims,” it reads. In the report published on its website, Dawn too acknowledges the accumulation of “political capital” by the BJP, rising out of Kovind’s presidency. Related | Ram Nath Kovind elected as the 14th President of India: Here’s all you need to know about him. Click here to read.

In its article titled India’s new president rose from poverty to high office, The Washington Post puts forward the humble beginnings of the President-elect, who garnered more than 65 per cent of the votes defeating Opposition candidate Meira Kumar. The article talks about Kovind’s initial days in his “impoverished village” and his life as a Supreme Court lawyer and later, a BJP politician. The article also includes that the Indian President’s powers are largely ceremonial excluding a few, like the right to issue presidential pardons. Noting that PM Modi had earlier refrained from mentioning Kovind’s Dalit identity in his earlier tweets, the article elaborates on how Kovind’s victory may pan out for BJP and its support base among Dalits.

The British daily notes that though the Indian Presidents generally have ceremonial powers, Kovind may play “a key role during political crisis.” The story — India low-caste leader elected president in boost for Modi coalition — notes that Kovind’s presidency would “tighten the government’s hold on positions of power.” It also mentions how the Indian President plays a decisive role if a general election is “inconclusive.” The article also includes details on BJP leader M Venkaiah Naidu’s candidacy in the upcoming Vice-Presidential elections.

“Kovind’s victory caps a series of top appointments by Modi, strengthening the grip of the Hindu right on public offices, such as governors, state chief ministers and the heads of universities. Earlier this week, the BJP named a cabinet minister also with strong Hindu nationalist roots as its vice president candidate for an election to be held in August,” the report read.

In a profile published on its website, British public service broadcaster BBC attempted to answer why President-elect Kovind was so unknown. “I have been writing about the Dalits [formerly untouchables] for 27 years. But I first heard of Ram Nath Kovind the day he was nominated for India’s next president,” Dalit writer-activist Chandrabhan Prasad was quoted as saying by BBC Hindi. In the article, Kovind’s “long-time neighbour” said he had never seen the BJP leader “ever campaigned for a Dalit cause.” The article also notes how Presidents play a crucial role if parties receive fragmented mandates.

‘She looked the most beautiful that day’: Kerala man’s message to wife who fought cancer will move you to tears