India’s economy is likely to rebound with a 11 per cent growth in the next financial year as it makes a ‘V-shaped’ recovery after witnessing a pandemic-led carnage, the Pre-Budget Economic Survey said on Friday. The survey was tabled by Union Finance Minister Nirmala Sitharaman in Parliament.

Chief Economic Adviser K V Subramanian, the architect of the document, also addressed a press conference on the state of the economy. “India’s pandemic response, focused on saving lives and livelihoods, restricted the Covid-19 spread by 37 lakh cases and saved more than 1 lakh lives,” he said.

This morning, while addressing members of both Houses of Parliament, President Ram Nath Kovind highlighted how the country had come together over the last year to overcome several adversities, including the Covid-19 pandemic, floods, earthquakes, major cyclones, locust attacks and bird flu.

Speaking about the violence on Republic Day, President Kovind called it “very unfortunate” and said, “The Constitution that gives us the right to freedom of expression, is the same Constitution that teaches us that law and rule should be followed equally seriously.”

President Kovind’s customary address ahead of the Budget Session was boycotted by Opposition leaders of 18 parties, who skipped the event in solidarity with farmers protesting at Delhi’s borders against the three farm laws.

Meanwhile, Prime Minister Narendra Modi, in a statement to the media ahead of the Budget session, called for debate and discussion in Parliament. “The coming decade is vital for India’s progress. We have to remember the vision and dreams of the greats who fought for our nation’s freedom. Let there be detailed debate and discussions on the floor of Parliament,” he said.

The Budget session will be held in two parts, from January 29 to February 15 and from March 8 to April 8. There will be a total of 33 sittings. The Opposition is likely to target the government over a number of issues in Parliament including the pandemic economy, stand off with China at the Line of Actual Control and the purported WhatsApp chats between Republic TV Editor-in-Chief Arnab Goswami and former CEO of BARC Partho Dasgupta.

Opinion | Prescriptions for a post-Covid Budget 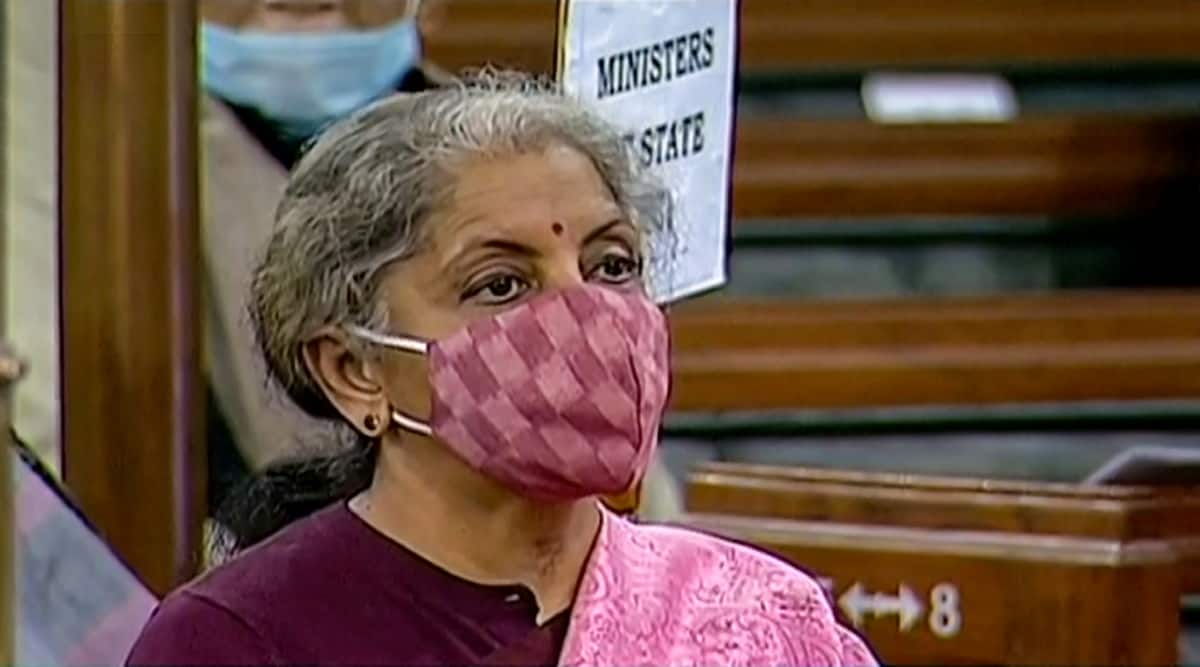 Following are the highlights of Economic Survey 2020-21, tabled in Parliament by Finance Minister Nirmala Sitharaman on Friday.

– The survey projected a V-shaped recovery: While the lockdown resulted in a 23.9 per cent contraction in GDP in Q1, the recovery has been a V-shaped one as seen in the 7.5 per cent decline in Q2 and the recovery across all key economic indicators.

– Despite the hardhitting economic shock created by the global pandemic, India is witnessing a V-shaped recovery with a stable macroeconomic situation aided by a stable currency, comfortable current account, burgeoning forex reserves, and encouraging signs in the manufacturing sector output.

The government's annual Economic Survey on Friday strongly defended new farm laws, saying they herald a new era of market freedom which can go a long way in improving lives of small and marginal farmers in India.

These legislations were designed "primarily" for the benefit of "small and marginal farmers", which constitute around 85 per cent of the total number of farmers and are the biggest sufferer of the "regressive" APMC-regulated market regime, the survey said.

The pre-budget document defended the farm laws in the backdrop of long-running farmers' agitation at various borders of the national capital seeking repeal of these legislations expressing concern that they are pro-corporate and could weaken government-regulated mandis, also called Agriculture Produce Marketing Committees (APMCs). (PTI)

Indian agriculture contributes to green shoots of the Indian #Economy with a Growth Rate of 3.4 % despite #COVID19 Pandemic

Recent agricultural reforms a remedy, not a malady says #EconomicSurvey

India's economy is likely to rebound with a 11 per cent growth in the next financial year as it makes a 'V-shaped' recovery after witnessing a pandemic-led carnage, the Pre-Budget Economic Survey said on Friday. The Gross Domestic Product (GDP) is projected to contract by a record 7.7 per cent in the current fiscal ending March 31, 2021.

India witnessed its last annual contraction of 5.2 per cent in the fiscal year 1979-80.

The Economic Survey 2020-21 said the agriculture sector is the only silver lining while services, manufacturing and construction were most hit by the lockdown that was imposed to curb the outbreak of the COVID-19 pandemic. (PTI)

Even without lockdown, Covid pandemic would have created a significant economic impact: CEA

"Even without lockdown, COVID-19 pandemic would have created a significant economic impact. But what the lockdown did ensure is help a coordinated response, enabling 'saving lives and livelihoods'," Chief Economic Advisor KV Subramanian said.

Both on COVID cases and deaths, India has done really well: KV Subramanian

"Our team has done an analysis of what could have been vs what happened. Both on COVID-19 cases and deaths, India has done really well," informs CEA KV Subramanian.

First chapter of Economic Survey is about India's policy response to Covid: CEA

"Chapter 1 of the Economic Survey is about India's policy response to #COVID19, Saving Lives And Livelihoods, amidst a once-in-a-lifetime crisis," Chief Economic Advisor KV Subramanian says.

Chapter 1 of the Economic Survey is about India's policy response to #COVID19, Saving Lives And Livelihoods, amidst a once-in-a-lifetime crisis: Chief Economic Advisor KV Subramanian pic.twitter.com/8KyrNAIv9z

Chief Economic Advisor KV Subramanian has launched the Economic Survey 2020-21 which has been tabled in Parliament today.

Task force to decide when people can see cheetahs in Kuno: Modi on Mann ...
Mukul Rohatgi declines Attorney General’s post: ‘No specific reason’
Terror listings at UN blocked without assigning reason challenges common ...
MP: Teacher suspended after he asks tribal student to take off her dirty ...
UP: Youth booked for raping minor, posting crime video on social media
More from India >>
How Economic Survey has projected a growth of 11 pc in FY 2021-22

After an estimated 7.7 per cent contraction in 2020-21, the Finance Ministry’s Economic Survey projects that India’s real GDP would record a growth of 11 per cent in 2021-22. The nominal GDP growth has been estimated at 15.4 per cent, implying an assumption of 4.4 per cent inflation during the year. On what basis has the 11 per cent growth projection been made? Click here to read. 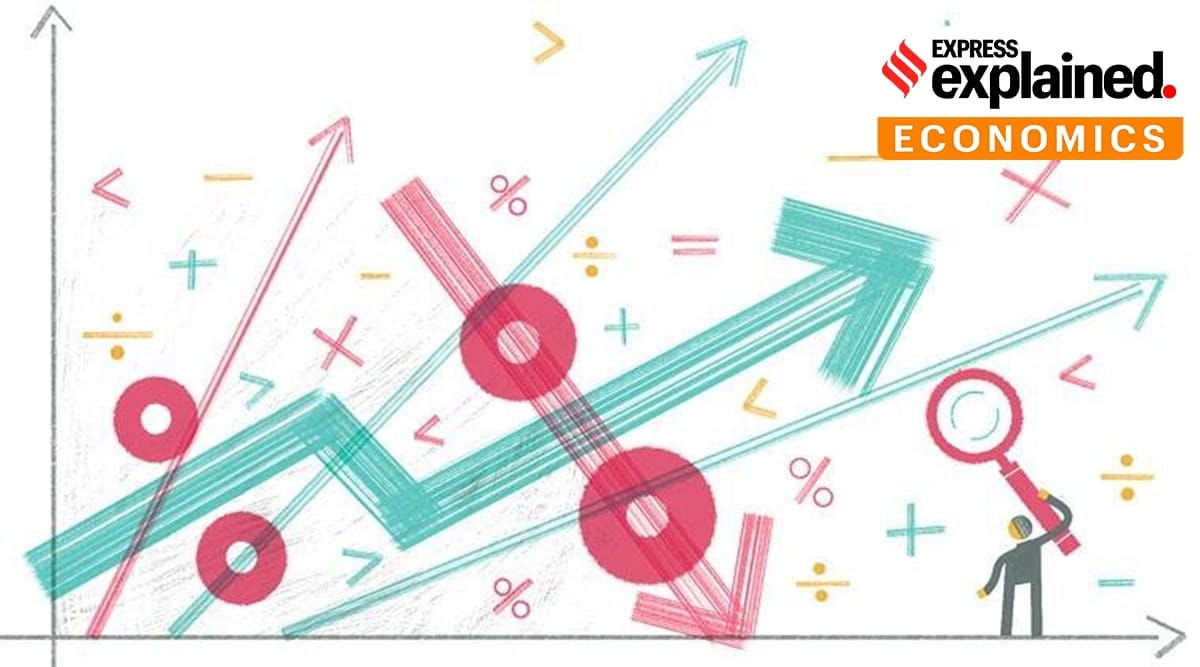 Press Conference by Chief Economic Advisor on the Economic Survey 2021.

Union Finance Minister Nirmala Sitharaman has tabled in Economic Survey 2021 in Lok Sabha, and the House has been adjourned till Monday, the beginning of the Budget session. Chief Economic Adviser K V Subramanian will soon address a press conference on the Survey.

Union Minister Ravi Shankar Prasad is addressing the media. He attacks the Opposition for skipping the President's address. "What kind of precedence are they creating? It's unfortunate, this arrogance is not good. They think only they have the right to rule... The President is entitled to our respect. It’s a matter of great regret today that the Opposition boycotted his speech."

He also says an AAP member tried to push his way into the House and create disruptions during the address. "We were also in the Opppsition, but never did this," says Prasad.

AAP member tried to push the door to create disruptions during the address. We were also in Oppn but never done like this. @rsprasad on Oppn boycott of Prez address

Senior @BJP4India leaders in discussions in PH. @rajnathsingh @JPNadda @AmitShah are there #BudgetSession

Economic Survey 2021 to be tabled soon

Members of Parliament will reconvene at 3 pm after which the Economic Survey will be tabled. After this, Chief Economic Advisor K V Subramanian will address a press conference around 3.30 pm.

Vice-President Venkaiah-Naidu is now reading out some parts of the President's speech in English. Here are some of the key points President Kovind made:

President Kovind on abrogation of Article 370, construction of Ram Temple

Referring to the abrogation of Article 370, which granted special status to Jammu and Kashmir, and the construction of Ram Temple, President Kovind says the country has done many tasks which were once considered difficult.

"India supplied essential medicines to more than 150 countries along with meeting the domestic needs of the country. India is committed to ensuring vaccine availability globally... The Vande Bharat Mission, which is the largest such campaign in the world, is being appreciated. India has brought back nearly 50 lakh Indians from all parts of the world, as well as more than one lakh foreign nationals to their own countries," says President Kovind.

17 Opposition parties said Thursday they would boycott President Ram Nath Kovind’s customary address to the joint sitting of Lok Sabha and Rajya Sabha Friday. They said this would be an expression of solidarity with farmer unions who have been protesting at Delhi’s borders for over two months, demanding the repeal of new agriculture laws.

Responding to the announcement, Minister of Parliamentary Affairs Pralhad Joshi said: “I appeal to leaders of all parties not to boycott the President’s address. The government is ready to discuss all issues threadbare, and as much time as is required will be set aside when the Business Advisory Committees of both Houses meet.”

In a joint statement, the Opposition leaders said: “Lakhs of farmers have been agitating at the gates of the national capital of Delhi, braving biting cold and heavy rain for the last 64 days for their rights and justice. Over 155 farmers have lost their lives. The Government remains unmoved and has responded with water cannons, tear gas and lathi charges. Every effort has been made to discredit a legitimate mass movement through a government-sponsored disinformation campaign.”

“Unfortunately, there were few acts of violence on January 26 in the national capital of Delhi which was condemned universally and unequivocally. We also express our sadness over the injuries sustained by Delhi Police personnel while handling the difficult situation. But we believe that an impartial investigation will reveal the Central Government’s nefarious role in orchestrating those events,” the leaders said.

The Economic Survey 2020-21 will be tabled in the Parliament on Friday, January 29, 2021, by Finance Minister Nirmala Sitharaman, two days before the Union Budget gets presented. Generally, the Economic Survey is presented on the opening day of the Budget Session and provides a summary of annual economic development across the country during the financial year.

It analyses the trends in money supply, infrastructure, agricultural and industrial production, employment, prices, exports, imports, foreign exchange reserves as well as other relevant factors that have an impact on the economy and the budget. This year, the focus is going to be on the losses suffered by the Indian economy due to the coronavirus (COVID-19).

The Economic Survey is one of the most important annual document of the Finance Ministry as it provides the resource allocations mentioned in the Budget. This document is prepared under the guidance of the Chief Economic Advisor (CEA) to the central government.