During the question hour in Lok Sabha Tuesday, BJP MP Ram Kripal Yadav criticised the Bihar government and said it had not been able to complete works under the Pradhan Mantri Gram Sadak Yojana, whereas other states have moved ahead. 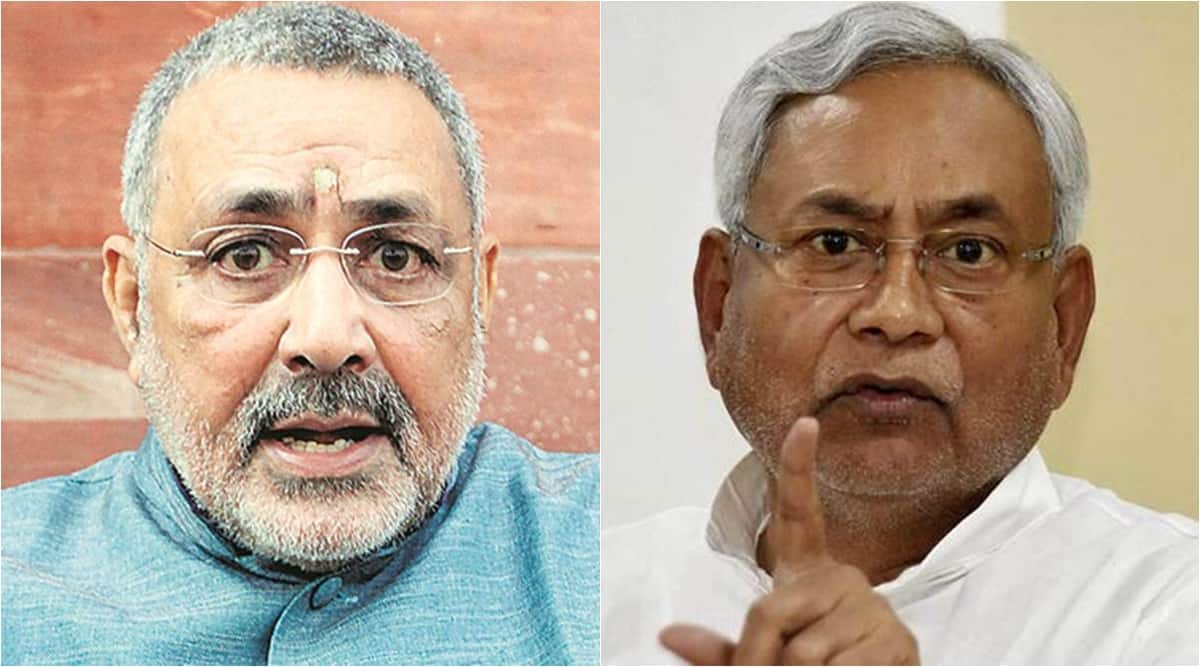 In what points to simmering differences between the Bharatiya Janata Party and the Janata Dal (United) which run a coalition government in Bihar, Lok Sabha members from the two parties took swipes at each other for the lack of progress in rural roads projects and other developmental activities in the state.

During the question hour in Lok Sabha Tuesday, BJP MP Ram Kripal Yadav criticised the Bihar government and said it had not been able to complete works under the Pradhan Mantri Gram Sadak Yojana, whereas other states have moved ahead. Union Minister for Rural Development and Panchayati Raj Giriraj Singh cited the statistics which showed the state had indeed failed to meet the target under the PMGSY scheme.

Not taking this lightly, JD (U) MP Kaushalendra Kumar questioned Minister Giriraj Singh if had held any meeting with state government officials to take decisive steps for completing the works.

Lauding the BJP-led Union government for “changing the face of villages in India”, BJP MP and former Union Minister Ram Kripal Yadav said, “I am very disappointed with the government in Bihar. Out of the approved roads in Phase 1 and Phase II in Bihar, several kilometers of road have not yet been completed. There is work remaining for the first phase and second phase, and the third phase has not even started.”

Presenting data that buttressed the claim, Union Minister Giriraj Singh said in the first phase of PMGSY, 1,287 kms road was yet to be constructed; in the second and third phases 411 km and 6,162 kms have been sanctioned, respectively. “Approximately Rs 949 crore is still available with the state government as balance from the Central funds,” he said.

Explained |Explained: Why Nitish Kumar has fallen back on his demand for special status for Bihar

While some opposition MPs prodded JD (U) MP Rajiv Ranjan Lalan Singh, who is also the party President, to speak, the reaction came from his colleague Kaushalendra Kumar, who had listed the question on PMGSY. “NDA is running the government in Bihar as well as the Centre. You are from Bihar, and I am also from Bihar. Have you ever tried to take any meeting with the state government or its officials to resolve this issue,” he asked Giriraj Singh.

“I have had several meetings with officials and MPs from Bihar. I am doing my work… There are leaders here… and you can come and have meetings with me. As a minister, I have been in touch with all,” Singh replied.

Of the 40 MPs from Bihar, 17 are from the BJP and 16 from the JD (U). Though running a coalition government in the state, the ties between the two parties have soured with the BJP leaders in the Bihar unit complaining against the functioning of Nitish Kumar-led government on several issues. While BJP is not keen on undertaking a caste census, Nitish Kumar’s JD (U) had joined hands with the opposition to demand one. On prohibition, the BJP has been strongly seeking a review.

Chief Minister Nitish Kumar’s demand for granting special status to Bihar has put them at loggerheads. “Special status for a state has to be approved by the National Development Council in which all CMs are members. The Centre, on its own, cannot provide special status to a state. The Chief Minister just wanted to hold the BJP and the Union government in poor light,” said a BJP MP, who did not wish to be named.

During zero hour, BJP MP Rajiv Pratap Rudy tried to highlight Bihar’s “backwardness” during zero hour. Praising Nitish Kumar for “admitting that Bihar is a backward state”, he said, “With his (Nitish Kumar) statement, the entire country came to know that Bihar is a backward state. I welcome his statement. I am also conscious of the fact that the Prime Minister has a special concern for Bihar. Even the state government cannot say that the Centre will let Bihar remain under-developed. Our Prime Minister always maintains Bihar would get funds for its development.”

Rudy asked the Bihar government to evolve a policy and action plan for the development of the state so that laborers, students, and industrialists do not leave the state for their future activities.