William Dalrymple: Pollution, politics… imagining a future where I might not die here

Dalrymple’s latest book Anarchy: The Relentless Rise of the East India Company, was published in September. 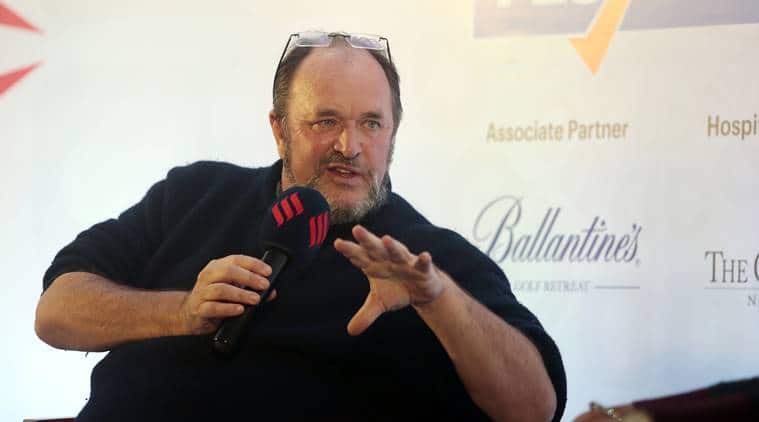 FOR THE first time in over three decades, says writer William Dalrymple, he feels he might not want to die in India — a country he had fallen in love with when he moved here in 1989 to research and write City of Djinns: A Year in Delhi (1993).

Speaking at a packed Express Adda Tuesday evening, the 54-year-old said: “If you would have asked me until about any point nine months ago, I would have definitely said yes. I think in all sorts of ways. I most certainly thought that I would die in this country. I have been here for 35 years. Suddenly, the combination of pollution and the politics… For the first time ever, I am imagining a future where I might not die here.”

Politics, though, is not much different back home in the UK. “It’s not much better there. Or (in) Trump’s America, or Brazil. Maybe, New Zealand,” he said. 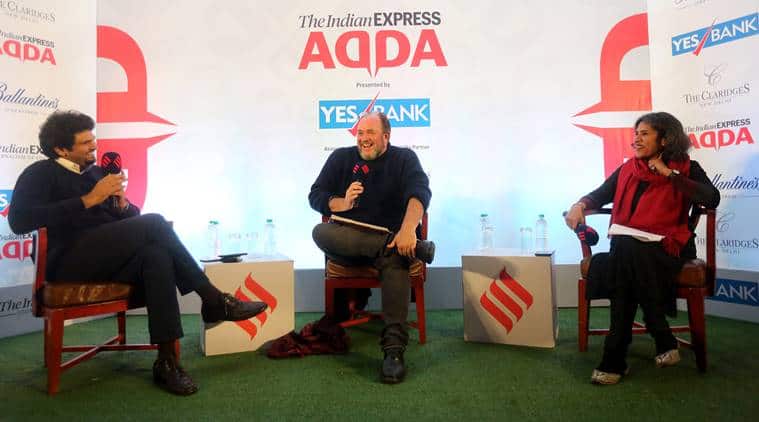 Dalrymple has had a longstanding fascination with India, chronicling the country and its colourful history. After the City of Djinns: A Year in Delhi, he turned to history with his fifth book, The White Mughals (2002).

“My travel books are full of history and my history books are full of places. I find history easier, oddly enough. Travel writing is a bit like photography, everyone can do it, but it’s very difficult to do it very well,” said Dalrymple, who won Britain’s prestigious Wolfson Prize for The White Mughals.

Asked about the recent swell of right-wing politics in the world, Dalrymple said he saw it as a wave, and it will ebb and flow. “In the eighties, we had Ronald Reagan and Margaret Thatcher. These things go in ebbs and flows. Sixties was the decade of the left, the eighties was the decade of the right. These are waves of public opinion. We can see the whole thing that’s happening — from Bolsonaro, Modi, Boris Johnson, to Trump — unstitching itself,” he said.

The Delhi-based author also commented on how while India’s multiculturalism was “a wonderful thing”, it wasn’t unique to just this part of the world alone. “The Eastern Mediterranean world, until recently, was as divided. The whole Ottoman world, every town had Sunnis, Shias, five types of Christians, Jews, Yazidis. This isn’t the only plural society in the world,” he said. In a freewheeling conversation, Dalrymple spoke on a range of subjects such as Brexit and a referendum on Scottish independence. “I am from a family that helped write the Union — they were politicians who helped bring about the Union in 1707. They have only been together 300 years. We were mortal enemies before that. I voted for the union at the last referendum. But if we end up with a Little England run by Boris Johnson pulling out of Europe, we Scots want to be part of Europe,” he said.

“Johnson…will not give a referendum, there was one only five years ago… And it will all depend on how Brexit plays out and obviously no one knows how that will… I suspect that will be economically very damaging. We’ll see. But there was a lot informed economic opinion on both sides,” he said.

In response to a question from the audience on the divisive legacy of the British rule in India, Dalrymple pointed out that those divisions already existed, and were not the creation of the British alone.

“I have a problem with the idea that the British created all these divisions themselves. You have had similar polarisation of identities in the Ottoman Empire, in the 15th-17th century. People muddled together, and suddenly, with the birth of modern nationalism, Bulgarians want to be Bulgarians, the Armenians, Armenians… the Jews want a homeland in Israel… I do not believe that the British engineered deliberately the divide and rule, which actually managed to create all these different divisions. I never came across in my period, the phrase ‘divide and rule’. Though there are examples of the British exploiting existing identity differences,” he said.

Responding to another question, Dalrymple, who co-founded the Jaipur Literature Festival, highlighted the failure of Indian historians to engage with the public. “The Indian academia don’t write for the general public. If you don’t engage — I mean don’t dumb down, don’t write rubbish — but if Sven Beckert can write a ‘Empire of Cotton: A Global History’, and win the Pulitzer, then why can’t they do it here?” he asked.