The CJI noted that the mutual respect between the government and the opposition is diminishing. 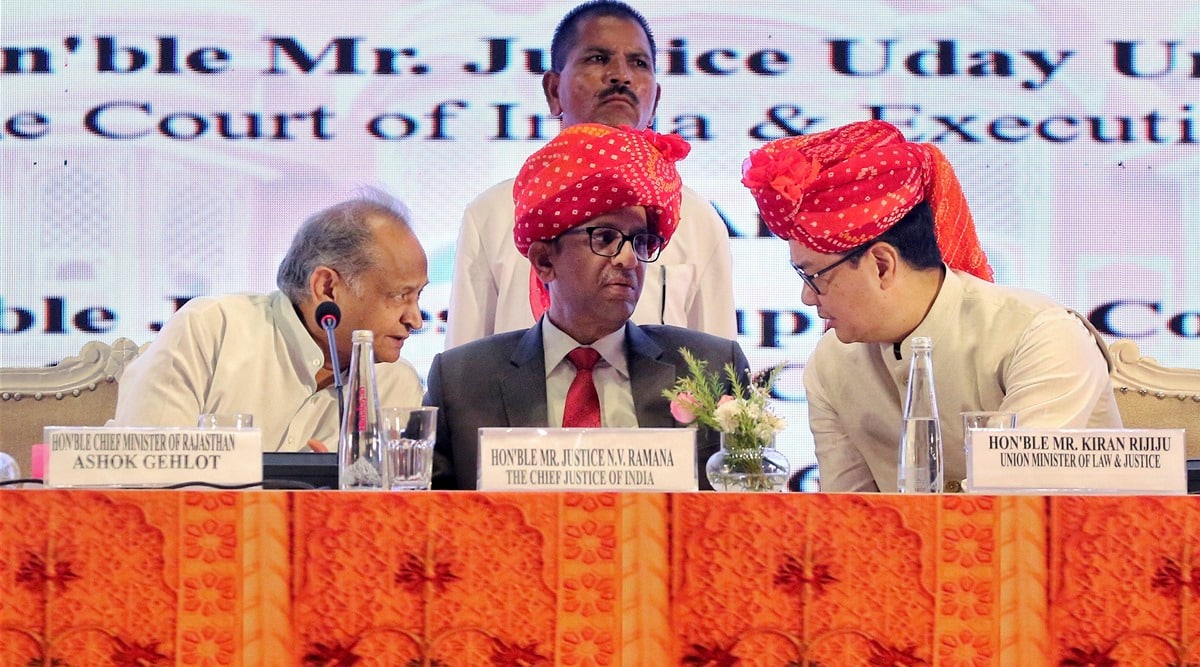 Stating that political opposition “translating into hostility” is not a sign of a “healthy democracy”, Chief Justice of India N V Ramana said on Saturday that there used to be “mutual respect” between the government and the Opposition earlier, but the Opposition space was now “diminishing”.

A strong parliamentary democracy “demands strengthening the Opposition as well”, he said, adding that laws were now being passed “without detailed deliberation and scrutiny”. The CJI was addressing an event at the Rajasthan Assembly.

Also Read |Forces trying to run down judiciary, we are answerable only to Constitution: CJI

“In a modern democracy, the people expect the court to stand as a counterweight to Legislative and Executive excess. This gains gravity, particularly whenever the Opposition is missing in action,” he said.

Emphasising the importance of the Opposition space, he said: “The diversity of opinion enriches polity and society. Political opposition should not translate into hostility, which we are sadly witnessing these days. These are not signs of a healthy democracy”.

“Strengthening parliamentary democracy demands strengthening the Opposition as well. Unfortunately the space for Opposition is diminishing. We are witnessing laws being passed without detailed deliberation and scrutiny. There used to be a lot of mutual respect between the government and the Opposition,” the CJI said.

Advertisement
Don't Miss |Ashok Gehlot: No tolerance, PM must speak out on violence

Earlier in the day, addressing the All India Legal Services Authorities’ Meet, the CJI expressed concern over the high ratio of undertrial prisoners and said the “process is the punishment”.

“A grave issue affecting our criminal justice system is the high population of undertrials in our prisons. Out of 6.10 lakh prisoners in India, around 80% are undertrial prisoners… We should question procedures which lead to such prolonged incarceration in huge numbers without a trial,” he said.

He said in India, there are 6.1 lakh prisoners in 1,378 prisons and they are one of the most vulnerable sections of society. “Prisons are black boxes. Prisoners are often unseen, unheard citizens. Prisons have different impacts on different categories of prisoners, particularly those belonging to marginalised communities. In our criminal justice system, the process is the punishment. From hasty, indiscriminate arrests to difficulty in obtaining bail, the process leading to the prolonged incarcerations of undertrials needs urgent attention,” said the CJI.

Must Read |Regional, local languages should be promoted in proceedings at lower, high courts: Kiren Rijiju

“No modern democracy can be disassociated with the observance of rule of law. The question is can rule of law persist without the idea of equality? The idea of modern India was built around the promise of providing justice – social, economical and political,” he said.

In his speech, Union Minister for Law and Justice Kiren Rijiju said the government has started a drive to do away with old laws which are obsolete. “Till now we have removed 1,486 such laws from the statute book of Parliament… We have identified another 1,824 such laws and I would like to say today that in the upcoming Parliament session, I am committed to remove close to 71 different Acts and appropriation Acts from the statute books,” he said.

Rijiju also emphasised the need to give importance to local languages in high courts. “There are lawyers who know the law but can’t present it in English. If the court’s proceedings happen in the common language, we can resolve several problems… I am against the idea that just because one speaks English, he will get more respect, more cases and his fees are high. In our country, we have been born with our mother tongue and grew up with it. One should never think that their mother tongue is below English in any way,” said Rijiju.

Raising the issue of high pendency of cases, he said: “The total pendency (of cases) in the country is about to touch 5 crore… The judiciary and the government should coordinate and when needed, the legislature should also play a role and all possible steps must be taken,” he said.

Responding to this, the CJI said: “I have been repeatedly highlighting two problems that the judiciary is encountering: judicial vacancies and judicial infrastructure. I hope the government expedites the process of filling up judicial vacancies… I had proposed creation of independent authorities for development of judicial infrastructure, both at the national and state level. Unfortunately it did not take off. I hope the Government of India revisits the proposal.”