Modi in UP Highlights: Projects worth Rs 21,000 Crore approved to keep Ganga clean since 2014, says PM

Modi in UP Highlights: The prime minister is scheduled to inaugurate projects worth Rs 1000 crore in Varanasi, which is his own constituency. Some of the projects include Panchkosi Parikrama Marg worth Rs 97 crore, revival of 26 ghats worth Rs 10 crore.

Prime Minister Narendra Modi on Saturday launched a scathing attack on Congress, targetting them for their opposition to the Triple Talaq bill in the Parliament. Modi, after laying the foundation stone of the 340 km-long Purvanchal Expressway, said the National Highway network in the state has doubled since 2014.

Targetting the alliance of Akhilesh Yadav’s Samajwadi Party and Mayawati’s BSP, Modi said, “Those who didn’t even like looking at each other earlier, are now chanting Modi-Modi. These people, out on bail, and the dynast parties now want to create obstacles on your path to development.”

The prime minister inaugurated projects worth Rs 1,000 crore in Varanasi, which is his own constituency. Some of the projects include Panchkosi Parikrama Marg worth Rs 97 crore, revival of 26 ghats worth Rs 10 crore, widening and beautification of link road between Bhikhipur crossing and Amra crossing worth Rs 29 crore, construction of “Kanha Upvan” under Smart City project worth Rs 10 crore and many more.

PM Modi in UP to inaugurate projects worth Rs 7000 crore. Follow Highlights Here

For people of Varanasi, Modi is not only their PM, but MP too, says Adityanath

Uttar Pradesh Chief Minister Yogi Adityanath releases book 'Meri Kashi'. It contains information about the development work done in Varanasi in the last four years. Eminent citizens and leading intellectuals based in Varanasi are present at the programme. At the event, Adityanath says, "Modi is diligently serving India as the PM but the people of Varanasi have a very special relation with him. For the people of Varanasi, Modi ji is not only their PM but also their MP who has worked extensively for this ancient city." Saying that Kashi is considered a a land of spirituality, the CM said the city's infrastructure was inadequate. "This changed under Shri Narendra Modi as he has transformed the urban landscape of this city," he said.

The book 'Meri Kashi' will be released by the CM of Uttar Pradesh, Shri @myogiadityanath. It contains information about the development work done in Varanasi in the last four years.

Eminent citizens and leading intellectuals based in Varanasi are present at the programme. pic.twitter.com/pWsOahNPSB

Whenever I meet the PM of Japan, I see that that he always recounts his experience in Varanasi to any Indian who meets him. The way you welcomed the President of France...they still praise it. That is the culture of Varanasi, that is the love of Varanasi: PM Modi in Varanasi

PM Modi urged the people of Varanasi for welcoming Non-Resident Indians visiting the city on the day of NRI day. Modi said that it is a matter of pride and we should prepare to welcome these visitors. Modi said that being a Kashi wasi I will be with you.

200 projects of Rs 21,000 Crore have been approved to keep river Ganga clean: Modi

So far more than 200 projects of Rs 21,000 Crore have been approved to keep river Ganga clean and see that the waste of the cities are not dumped in the river: PM Narendra Modi in Varanasi

During previous govts there was no development in Varanasi, development projects were stalled. But when the people voted for us & chose BJP govt for Lucknow, the region started moving forward on the path to development. A new Varanasi is being built for New India, its soul will be ancient but its body will be modern. There will be culture & traditions in every corner of it but the facilities provided to it will be 'smart.

Kashi being developed with the visions of New India

To develop Kashi with respect to the 21st century has been a continuous process since 2014. Modi said that the Kashi of New India will have spiritualism at its core along with services run by the smart system. The development of Varanasi is now visible.  In last four years Varanasi has got investments running in thousands of crores, said Modi. The previous government in the state ignored the development of Kashi, but after BJP came to power in Lucknow the development has speeded up.

Unforgettable moments from @HimaDas8’s victory.
Seeing her passionately search for the Tricolour immediately after winning and getting emotional while singing the National Anthem touched me deeply. I was extremely moved.
Which Indian won’t have tears of joy seeing this! pic.twitter.com/8mG9xmEuuM

PM Modi dedicated developmental projects worth Rs 937 crore to Varanasi. Addressing the event, Yogi Adityanath said  Kashi is the cultural capital of India, but the previous governments have ignored it.

Here is all you need to know about Purvanchal Expressway

Hours before Prime Minister Narendra Modi was to lay the foundation stone for the Purvanchal Expressway, former chief minister Akhilesh Yadav claimed it was his own government's project which was being relaunched. 'This was originally Samajwadi Purvanchal Expressway, but the word Samajwadi has been dropped,' the Samajwadi Party chief told a press conference at the party headquarters.     (PTI) 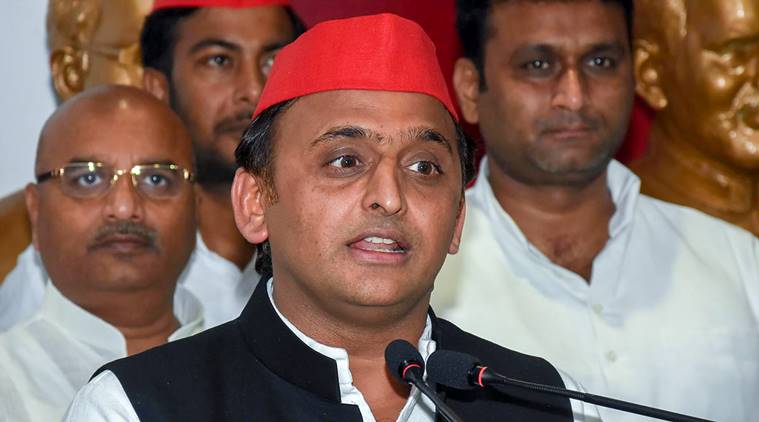 BJP govt committed towards the country

For BJP and the BJP government in UP, the country is our family and we are working for the all-round development of the people in the state from all caste and corners, said Modi.

These parties are creating problems in the lives of the people, especially Muslim women who wanted the end of triple talaq. These leaders oppose the law in the Parliament, stalling the process. Targetting Rahul Gandhi, Modi said that I am not surprised that Mr Namdaar is saying that they are a Muslim party. I want to ask the Congress President, if Congress party is a party of the Muslim, is it just of the men or also belongs to the Muslim women. They stall the parliament, I want to ask these parties who are working to remove Modi, to meet Muslim women facing the problems from triple talaq.

Modi targets alliance of Akhilesh Yadav and Mayawati in UP

Targetting the alliance of Akhilesh Yadav and BSP's Mayawati, Modi said that you can see people who once could never stand the sight of each other are together, all these people who are out on bail are only dedicated in stopping the development of the people and the region. Modi said that these leaders know if the poor and backward become strong they will have a difficult time.

Modi targets Mayawati says they only do politics over Dalits

Some political parties have only done politics in the name of Baba Saheb Ambedkar and Ram Manohar Lohiya. PM Modi asked people if they saw development before 2014, and added that people trusted those leaders but they cheated the poor and the common people, instead just filled their own coffers.  Targetting, Mayawati, Modi said that they asked for votes from Dalits and backwards class but did nothing.

1.5 lakh wellness centres being made in villages: Modi

Our government is working to make villages the centre of development, therefore the work to connect Panchayat with the optical fibre is being done at a fast pace. Nearly 1 lakh villages have been connected so far. Taking note of health issues, 1.5 lakh wellness centres are being made in villages. In the last four years under the PMAY, more than 1 crore houses have been constructed. Under the PMGSY the work to interconnect villages is also in its last phase.

Modi or Yogi, UP is our family: PM

Modi said that in the coming time Gorakhpur will also be connected through an expressway, another expressway will connect Lucknow to Bundelkhand. The government is committed to increasing connectivity, as connectivity increases the ecosystem of the regions develops on its own. Modi targetting the opposition said that when your intent is to work, you don't have to wait for moving files and that's the reason why National Highway network has increased by two times.

“We are ready to start work on the projects soon after the foundation stone laying ceremony is over,” said Avaneesh Awasthi, principal secretary ( Information). The event would take place at Indira Gandhi Pratisthan, where the investors’ summit was held in February. Union Ministers Suresh Prabhu, Nirmala Sitharaman, Ravi Shankar Prasad are supposed to be present at the event. When asked if the repeated visits of Prime Minister to the state is a sign that the BJP is feeling the heat ahead of the 2019 Lok Sabha elections, Mahendra Nath Pandey, BJP state president, told The Indian Express, “Enthusiasm among public for Modi is still the same as in 2014. In fact, BJP’s development works in UP are troubling the Opposition parties.”