After adverse reaction, a change in dose: Free Covid vaccines for all, only Centre to procure 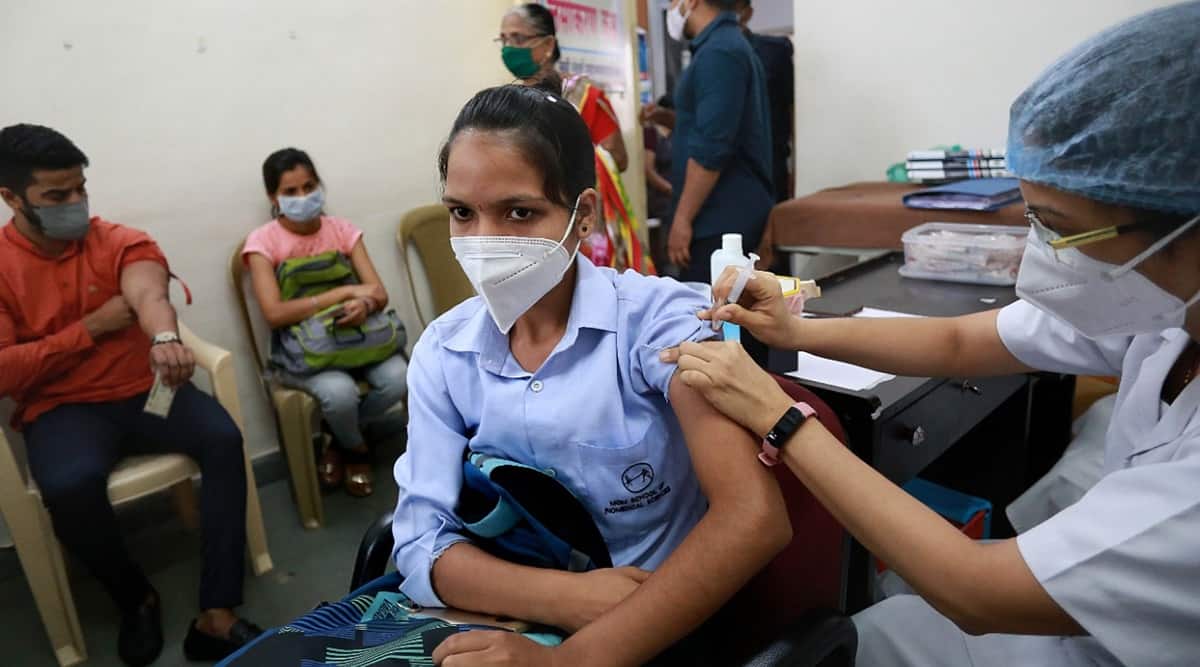 The Centre’s decision to directly purchase 75 per cent of the vaccines from manufactures essentially takes away the 25 per cent quota under which states were previously required to procure doses directly. (Express photo by Amit Chakravarty)

Reversing his government’s Covid-19 vaccination policy amid a chorus from states that it should take over vaccine procurement, and probing questions recently from the Supreme Court, Prime Minister Narendra Modi announced Monday that the Centre will provide free vaccines to states for inoculation of all above age 18 from June 21.

He said private sector hospitals can continue to procure 25 per cent of vaccines, but the service charge will be capped at Rs 150 per dose over the fixed price of the vaccine.

On Monday, The Indian Express had reported that the Centre was “willing” to rethink its vaccination policy and take over vaccine procurement.

Modi also announced extension of the free foodgrain scheme, Pradhan Mantri Garib Kalyan Ann Yojana (PMGKAY), until November this year. Under the PMGKAY, 5 kg foodgrain — rice/wheat/coarse grains — is provided free of charge once a month to all beneficiaries covered under the National Food Security Act, 2013. The scheme, launched during the first Covid wave last year, was until now only for two months — May and June.

Also Read |Next up: Ensuring small hospitals get supply, e-vouchers for poor

So far, crores of people have got the Covid vaccines free of cost and now people above the age of 18 will also be added to this category, the Prime Minister said. Until date, India has administered about 23 crore doses. “The Government of India will provide free vaccines to all countrymen,” he said.

He said seven companies are producing different types of vaccines and trials of three more vaccines are in advanced stages. Trials for two vaccines for children and research on a nasal vaccine, he said, are underway.

In his 32-minute speech, the Prime Minister also took a swipe at Opposition-ruled states and their leaders.

He said on the basis of suggestions received from various parties and Chief Ministers, it was decided that those at greater risk would be given priority in vaccination.

The vaccination drive, from the January 16 launch date to April-end, was going on under the supervision of the Central government, he said. However, several state governments demanded that the task of vaccination should be decentralised and they should be given responsibility, he said.

“In the midst of decreasing Corona cases in the country, different suggestions started coming to the Central government… It was asked, why is the Government of India deciding everything? Why are state governments not being given exemption?… Things like ‘one size does not fit all’ were also said. It was argued that since health is primarily a state subject, it is better that the states should do all this,” Modi said.

After much deliberation, the Central government, he said, changed the system, which was in place since January 16, and allowed states to undertake 25 per cent work of vaccination.

“Within two weeks in May, some states began to openly say that the earlier system was good. Gradually, many state governments got involved in it. Those who were advocating that the work of the vaccination should be left to the states also started changing their views,” he said.

“On the states’ demand, we also thought that the countrymen should not suffer, their vaccination should be done smoothly. For this, the old system, in place before May 1, should be implemented again,” he said.

On May 1, the Centre expanded vaccine coverage to the 18-44 age group, opened the market, introduced differential pricing and public-private split in supplies. Under this policy, states were given the responsibility of procurement of vaccines to vaccinate people in the 18-44 age group. However, states drew a blank in global tenders to purchase vaccines.

Expressing the hope that India will win the war against Covid-19, Modi quoted a Sanskrit verse and said, “Vijeta aapda aane par ussay pareshaan hokar haar nahin maante balki udyam karte hain, parishram karte hain aur paristhiti par jeet hasil karte hain.” (The victorious do not give up in the face of a disaster. They go out boldly, work hard and conquer the situation).

The shift in the vaccination policy comes after the Supreme Court raised questions about it and several states sought centralised procurement of vaccines. This comes at a time when states across the country are planning to ease lockdown restrictions considerably in the coming days.

Raising questions of equity and access over the last four weeks, Chief Ministers of many states — from Kerala’s Pinarayi Vijayan to YS Jagan Mohan Reddy of Andhra Pradesh to Naveen Patnaik of Odisha — had spoken in favour of centralised procurement.

BJP veteran and Madhya Pradesh Chief Minister Shivraj Singh Chouhan had told The Indian Express that the Centre had to change its “perfect” policy under demands from various states and appealed that all CMs should come together and approach the Prime Minister to form a centralised policy for vaccine procurement.