Will deploy all resources to find perpetrators: PM Modi to Netanyahu on blast outside Israel embassy

Modi and Netanyahu also discussed a "possible cooperation in the production and supply of vaccines". 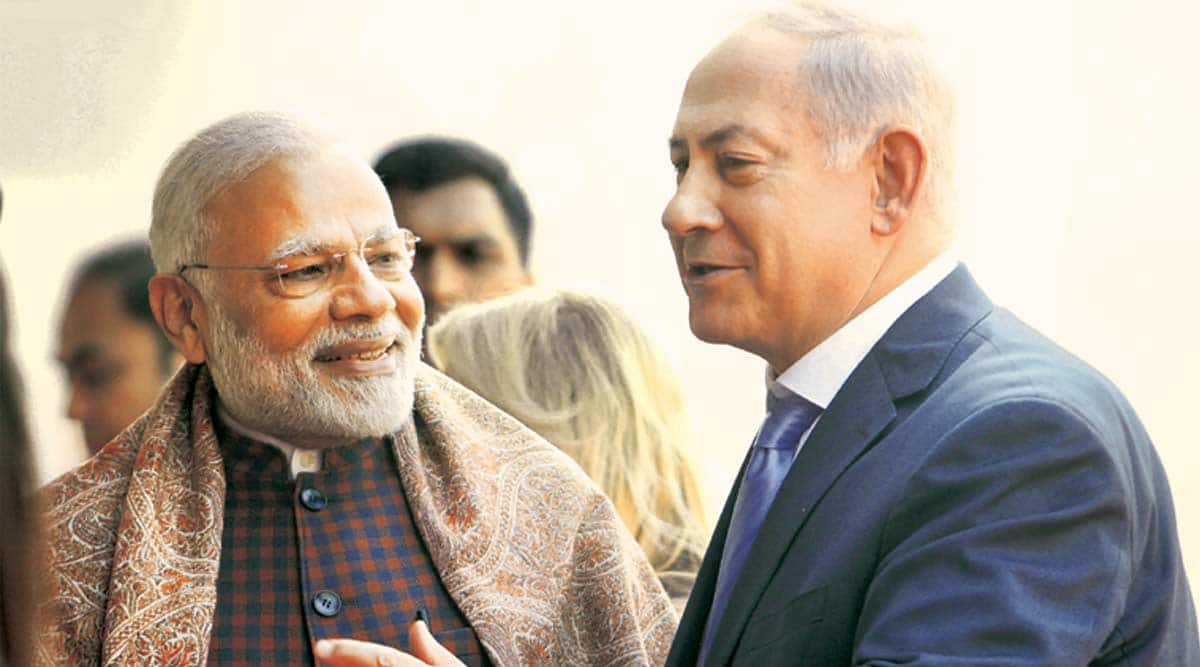 Prime Minister Narendra Modi on Monday spoke to Israel PM Benjamin Netanyahu on telephone and conveyed his “strong condemnation of the terror attack” near the Israeli embassy in New Delhi last Friday.

“Prime Minister conveyed his strong condemnation of the terror attack near the Israeli Embassy… He assured Prime Minister Netanyahu that India accords the highest importance to the safety and security of Israeli diplomats and premises, and would deploy all its resources to find and punish the perpetrators. Both leaders expressed satisfaction about the close coordination between Indian and Israeli security agencies in this context,” a statement from the Ministry of External Affairs said.

“The two leaders also briefed each other about the progress of the fight against Covid-19 pandemic in their respective countries, and discussed possibilities of further collaboration in this area,” the MEA statement said.

Prime Minister Benjamin Netanyahu spoke today by telephone with Indian Prime Minister @narendramodi and thanked him for his government’s efforts to safeguard Israeli representatives in the aftermath of the terrorist event near the Israeli Embassy in India.

Earlier, External Affairs Minister S Jaishankar had spoke to his Israeli counterpart Gabi Ashkenazi and assured him of “fullest protection” to the jewish nation’s diplomats and its mission. In a tweet, Jaishankar had said that India has taken the incident “very seriously” and that no effort will be spared to find the culprits.

The explosion caused by a low-intensity improvised device took place on a day the two countries marked the 29th anniversary of the establishment of their diplomatic relations. “There are no casualties and no harm was done to the building. All Israeli diplomats and embassy staff are safe and sound,” an Israeli foreign ministry statement had said. “The event is being investigated by the Indian authorities who are in contact with Israeli officials,” it said.