Never been a better time to invest in India, a nation you can trust: PM to US investors

The Prime Minister’s remarks, in an address to the US-India Business Council’s India Ideas Summit, come at a time when Beijing’s aggressive behaviour has sparked global concern and many countries are considering alternatives away from China. 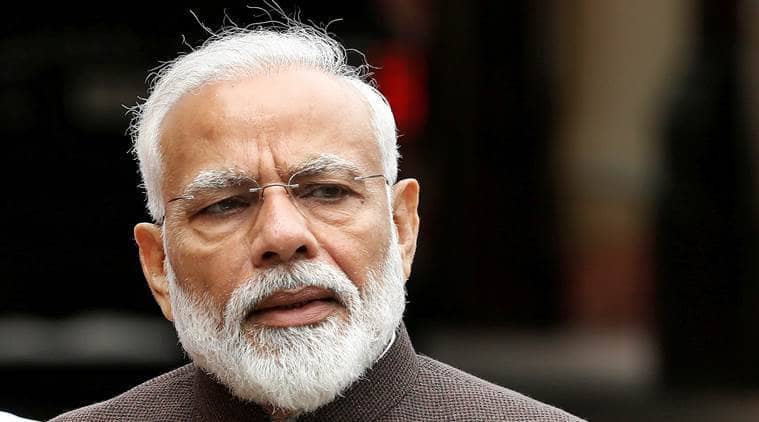 PM Modi’s remarks are significant given that there have been concerns over India’s protectionist tendencies due to the formulation of the “self-reliant” India campaign.

Pitching India’s rise as a country with “increasing openness” and one that the world “can trust”, Prime Minister Narendra Modi told US investors Wednesday that there has “never been a better time to invest in India”.

The Prime Minister’s remarks, in an address to the US-India Business Council’s India Ideas Summit, come at a time when Beijing’s aggressive behaviour has sparked global concern and many countries are considering alternatives away from China.

The US, in particular, has been in a bruising war of words with China on a range of issues — from Hong Kong’s autonomy to Taiwan, South China Sea tensions to a trade war.

Pointing to India’s rise, Modi said, “The rise of India means a rise in trade opportunities with a nation that you can trust, a rise in global integration with increasing openness, a rise in your competitiveness with access to a market which offers scale. And a rise in your returns on investment with the availability of skilled human resources.”

He showcased opportunities in the frontier technology of 5G.

“India is emerging as a land of opportunities. Let me give you one example of the tech sector. Recently, an interesting report came out in India. It said for the first time ever, there are more rural Internet users than even urban Internet users. Imagine the scale! There are about half a billion active Internet users in India now. Half a billion connected people. Does this sound huge to you? Hold your breath. Because, there are over half a billion more people who are being connected. Opportunities in technology also include opportunities in the frontier technologies of 5G, big data analytics, quantum computing, block-chain and Internet of things,” he said.

“American investors often look out for the perfect timing to enter a sector or a country. To them, I would like to say: there has never been a better time to invest in India,” he said.

Modi’s remarks are significant given that there have been concerns over India’s protectionist tendencies due to the formulation of the “self-reliant” India campaign.

He framed the self-reliance rationale: “India is contributing towards a prosperous and resilient world through the clarion call of an ‘Atmanirbhar Bharat’. And, for that, we await your partnership.”

“Today, there is global optimism towards India. This is because India offers a perfect combination of openness, opportunities and options. Let me elaborate. India celebrates openness in people and in governance. Open minds make open markets. Open markets lead to greater prosperity. These are principles on which both India and the USA agree,” he said.

“When the markets are open, when the opportunity is high and the options are many, can optimism be far behind,” he said.

“For this vision, there are few better partners than the United States of America. India and the USA are two vibrant democracies with shared values. We are natural partners. The US-India friendship has scaled many heights in the past. Now it is time our partnership plays an important role in helping the world bounce back faster after the pandemic,” Modi said, underlining the strength of bilateral ties.

He also spoke on India’s rise in the Ease of Doing Business rankings of the World Bank. He said each year, India is reaching record highs in FDI, adding that FDI inflows in India in 2019-20 were 74 billion dollars, an increase of 20 per cent over the previous year.

He highlighted that even during the pandemic, India has attracted foreign investment of more than 20 billion dollars between April and July this year.