India’s G-20 Presidency will be grounded in ‘Vasudhaiva Kutumbakam’ theme: PM Modi before leaving for Bali

The Prime Minister also stated that he will meet the leaders of various participating countries, and review the progress of India’s bilateral relations with them. 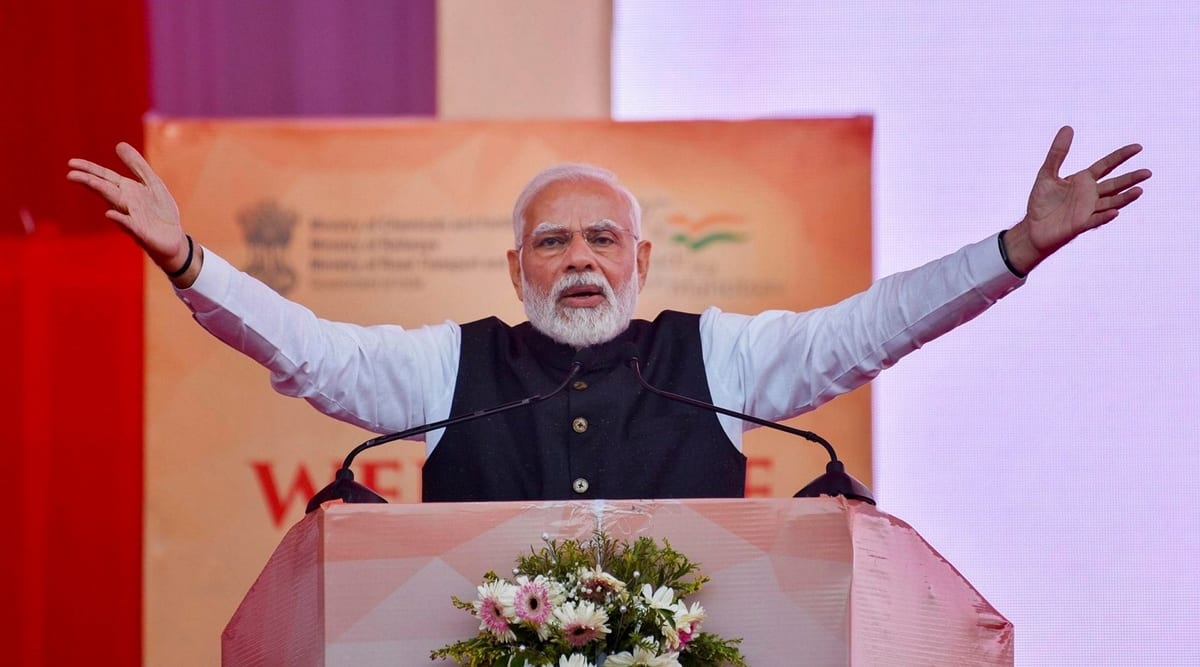 Prime Minister Narendra Modi speaks during a ceremony organised for the launch of multiple developmental projects, in Ramagundam, November 12, 2022. (PTI)

Prime Minister Narendra Modi Monday said that he will hold extensive discussions with other G-20 leaders in Bali on key issues of global concern, such as reviving global growth, ensuring food and energy security, and addressing issues relating to health and digital transformation, news agency PTI reported. This was the Prime Minister’s departure statement before heading to Bali to take part in the G-20 summit, during which India will be handed the group’s Presidency for the year ahead.

The Prime Minister also stated that he will meet the leaders of various participating countries, and review the progress of India’s bilateral relations with them. “I look forward to addressing the Indian community in Bali during a reception on November 15,” he added.

Explained |What is the G20, of which India becomes president later this year?

Modi also mentioned that he would highlight India’s achievements and commitment to collectively address global challenges.

“In a significant moment for our country, the Indonesian President will hand over G-20 Presidency to India at the closing ceremony of the Bali summit. India will officially assume G-20 Presidency on December 1. I will extend my personal invitation to all G-20 members for next year’s summit. India’s G-20 Presidency will be grounded in the theme ‘Vasudhaiva Kutumbakam’ or One Earth, One Family, One Future,” he added.

Subscriber Only Stories
View All
Joe Biden’s a great President. He should not run again
In this Bengal district, solid, plastic waste management now a people’s m...
Delhi Confidential | GOAT & the gift: PM Narendra Modi gets a Lionel ...
India looks at options to pay defence dues to Russia: stake sale, bonds, ...
Buy 2-year plan with SD20 code for special price
Opinion |Sujan Chinoy writes: During its G20 presidency, India can be a voice for developing world

Modi is traveling to the Indonesian city on late Monday afternoon on a three-day visit to participate in the summit that is expected to discuss pressing global challenges including implications of the Ukraine conflict, especially in areas of food and energy security.

The summit is set to be attended by Chinese President Xi Jinping, US President Joe Biden, British Prime Minister Rishi Sunak, and French President Emmanuel Macron among others.

‘You guys don’t ask that again to me’: Max Verstappen on being asked to let Sergio Perez to overtake