Kiren Rijiju will be the new Minister of Law and Justice while the health portfolio has been allocated to Mansukh Mandaviya. 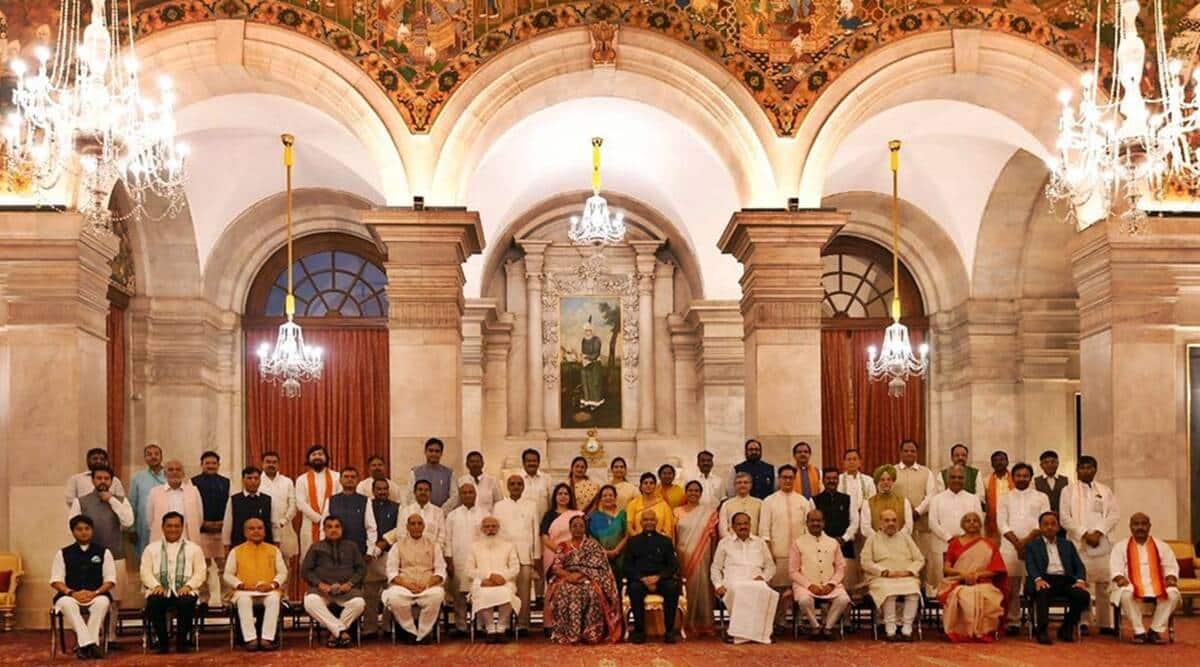 President Ram Nath Kovind along with the newly appointed Council of Ministers in the Narendra Modi government.(Twitter/narendramodi)

Hours after 43 leaders took oath as ministers in the Rashtrapati Bhavan on Wednesday evening as a part of the Cabinet reshuffle exercise, the Centre allocated portfolios to the newly inducted ministers.

Prime Minister Narendra Modi will be in charge of the Ministry of Personnel, Public Grievances and Pensions, Department of Atomic Energy, Department of Space, and all other portfolios not allocated to any minister.

Mansukh Mandaviya has been made the Minister of Health and Family Welfare and the Minister of Chemicals and Fertilizers while Hardeep Singh Puri will be in charge of the ministries of Petroleum and Natural Gas and Housing and Urban Affairs.

Jyotiraditya M. Scindia has been made the Minister of Civil Aviation while Anurag Singh Thakur has been allocated the portfolios of I&B and Youth Affairs and Sports.

Ramchandra Prasad Singh will be the new Steel Minister, while Pashupati Kumar Paras has been made the Minister of Food Processing Industries.

View this document on Scribd

The newly inducted Council of Ministers include 15 Cabinet ministers and 28 Ministers of State (MoS), comprising new faces and those elevated. While Sarbananda Sonowal, Narayan Rane, and Jyotiraditya Scindia were among the first ones to take oath as Cabinet ministers, Kiren Rijiju, R K Singh, Hardeep Singh Puri, Mansukh Mandaviya, Parshottam Rupala, G Kishan Reddy, and Anurag Thakur were elevated to the Cabinet level.

As many as 28 MoS took oath including seven from Uttar Pradesh which goes to polls next year with the BJP seeking a second term there. Pankaj Choudhary, Anupriya Patel, Bhanu Pratap Singh Verma, Kaushal Kishore, S P S Baghel and Ajay Kumar– all Lok Sabha MPs from Uttar Pradesh — took oath as new Union Ministers of State. B L Verma, a Rajya Sabha MP from Uttar Pradesh, was also sworn-in as a Minister of State.