Vijayan told reporters that if data on those involved in religious conversion and narcotics are analysed, it is clear that minorities do not have any special role in such activities. 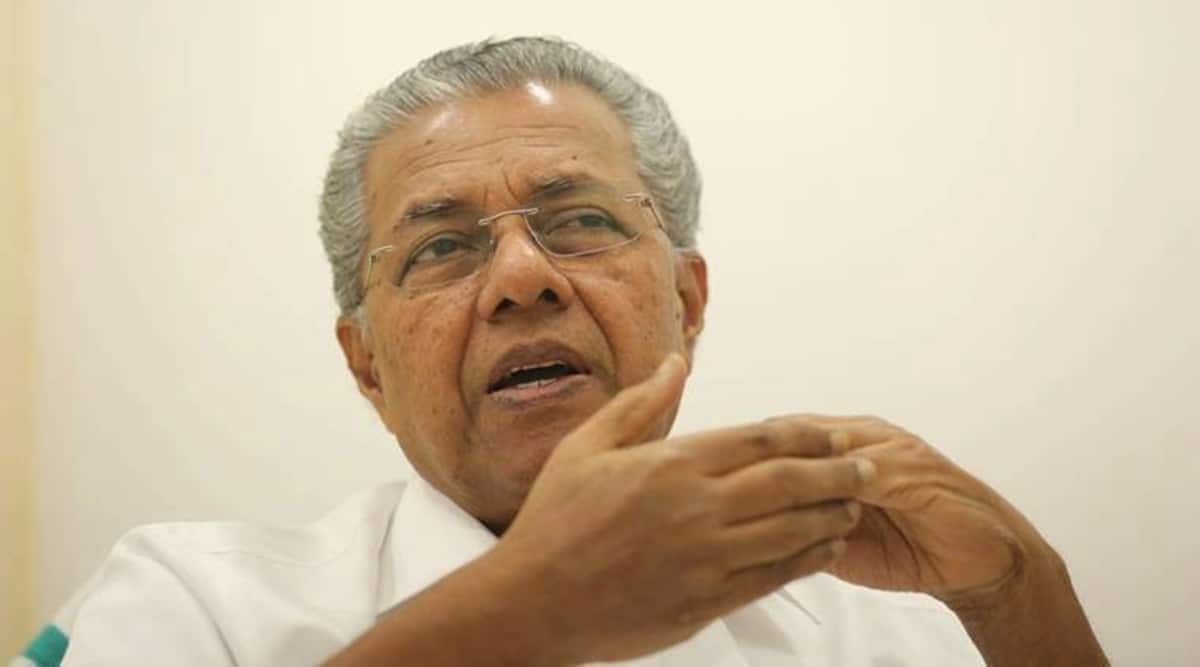 AMID A raging debate over a Catholic bishop’s remarks about youngsters from non-Muslims communities being targets of “love jihad” and “narcotic jihad” in Kerala, Chief Minister Pinarayi Vijayan on Wednesday quoted government data to dismiss all such claims, and sought to delink them from religion.

Vijayan told reporters that if data on those involved in religious conversion and narcotics are analysed, it was clear that minority religious communities do not have any special role in such activities. There is no backing of facts for such claims made by certain quarters, he said.

He said these issues – so-called “love jihad” and “narcotic jihad” – cannot be categorised with any particular religion.

The Chief Minister said no incident or complaint of people being made addicted to drugs and then converted to another religion has come to the government’s notice. There is no evidence to show that drug peddlers or drug users belong to a particular religion. “On school, college campuses, there are students from various communities. If any of them uses drugs or becomes part of the drug peddling network, it is puerile to analyse that as part of a concerted attempt of any religion,” he said.

“Such campaigns would tantamount to sowing seeds of hatred in a state like Kerala where people from all communities live together,” he said, referring to the “narcotic jihad” claims.

Earlier this month, bishop Joseph Kallarangatt of Palai diocese, during a sermon, had said that there were two types of jihad – “love jihad and narcotic jihad”. “The narcotic jihad is the activity of spoiling the life of non-Muslims, particularly youths, by making them addicted to drugs,” he had said. “Various types of drugs are being used in ice-cream parlours, hotels and juice corners run by hardcore jihadis. They are using various types of drugs as a weapon to spoil non-Muslims.”

About the “love jihad” claim, the Chief Minister said, “The fear that more persons are being converted from Christianity to Islam is baseless. There is no complaint before the government about forced conversions. When the government examined the campaign that Christian women were trapped in love affair, converted to Islam and taken to extremist outfits such as Islamic State, a different picture emerged.”

“Of the 100 people who have reportedly joined IS from Kerala, 72 joined that outfit abroad where they had gone for job or other purposes. Of them, except a person from Kozhikode [a Hindu], all others were born Muslims. Twenty-eight others moved to IS from Kerala. Of them, only five joined IS after getting converted to Islam. They got converted after marriage. These figures do not substantiate the campaign that women are converted into Islam after being trapped in love,’’ the Chief Minister said.

Vijayan said the controversy would delight forces which are looking to polarise society. However, reactions that would dishearten such forces have emerged from across all sections. The government would be at the forefront to strengthen secularism, he said.

Society should come forward to expose those who engage in such hate campaigns, he said.