The statement has been jointly issued by Chancellor Rudrangshu Mukherjee, V-C Malabika Sarkar, Chairman Board of Trustees Ashish Dhawan, Mehta and Subramanian. It came a few hours after Mehta wrote to all students urging them to not "press" for his return. 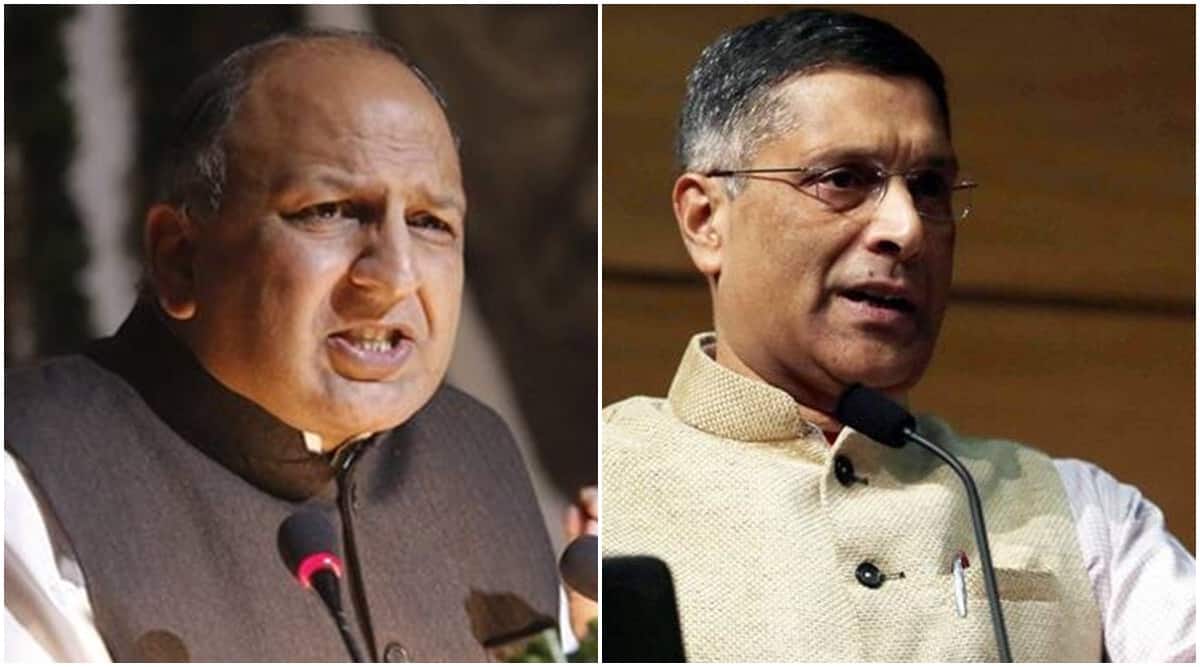 In an attempt at damage control, Ashoka University’s administration issued a joint statement with Pratap Bhanu Mehta and Arvind Subramanian on Sunday, expressing “deep regret at the recent events surrounding the resignations” of the two professors and acknowledged “lapses in institutional processes”.

However, a few hours later, in a separate letter to the Ashoka community of teachers, students, and alumni, Chancellor Rudrangshu Mukherjee stood by the university founders stating that they have “never interfered with academic freedom”.

Ashish Dhawan, Chairman of the Board of Trustees, also wrote to the students and alumni that the founders and trustees “have always had the best interests of Ashoka at heart” and none of them have “even an iota of commercial or business interest in the university”. He, however, regretted the “lapses” that led to Mehta’s and Subramanian’s resignations and noted that going forward, “there are certain things that need to change”.

Also Read |Ashoka row: Over 150 academicians from Harvard, Yale and Oxford come out in support of Pratap Bhanu Mehta

Mukherjee and Dhawan’s letters came after Mehta wrote to all students urging them to not “press” for his return. “The underlying circumstances that led to the resignation will not change for the foreseeable future, in my case, at any rate. So I must close this chapter. I urge you not to press on this matter. I know you will be disappointed. But if I may exercise one last bit of professorial discretion: your mission is larger than the fate of two Professors,” Mehta wrote.

“We live in complicated times. India is bursting with creativity. But the dark shadows of authoritarianism are also hovering over us, putting us all in often uncomfortable and sometimes dishonourable positions. We will have to find principled and intelligent ways of overcoming this condition,” he added. “Most of us are reduced to lamenting this looming darkness. I leave Ashoka with the conviction that a young generation is emerging that will provide what Vivekananda said we needed. We don’t simply need people who cry darkness. We need someone who can shine the light. I am confident, all of you can and will.”

Mehta had resigned this week, saying that the founders made it “abundantly clear” that his association with the institution was a “political liability”. Calling the exit “ominously disturbing” for academic freedom, Mehta’s colleague and former Chief Economic Advisor in the Modi government Arvind Subramanian sent in his resignation two days later. The exits have provoked student protest on campus, with the faculty calling for Mehta’s return.

In the joint statement issued Sunday, the University said, “We acknowledge that there have been some lapses in institutional processes which we will work to rectify in consultation with all stakeholders. This will reaffirm our commitment to academic autonomy and freedom which have always been at the core of the Ashoka University ideals.”

Ashoka, it read, “has been privileged to have been led, guided and counselled by Pratap first as Vice Chancellor and then as senior faculty”. Subramanian, it stated, “brought eminence, stature, fresh ideas and energy to the University” and his exit “leaves a void that will be hard to fill”.

“Pratap and Arvind would like to emphasize that Ashoka University is one of the most important projects in Indian higher education. They are sad to be leaving Ashoka, especially its outstanding students and faculty,” the statement said, adding that the two professors will remain “available for advice and consultation to the University in the future”.