According to data gathered by the Army through its surveillance, three sectors in Tawang – Lungrola, Zimithang and Bumla – have seen increased PLA presence 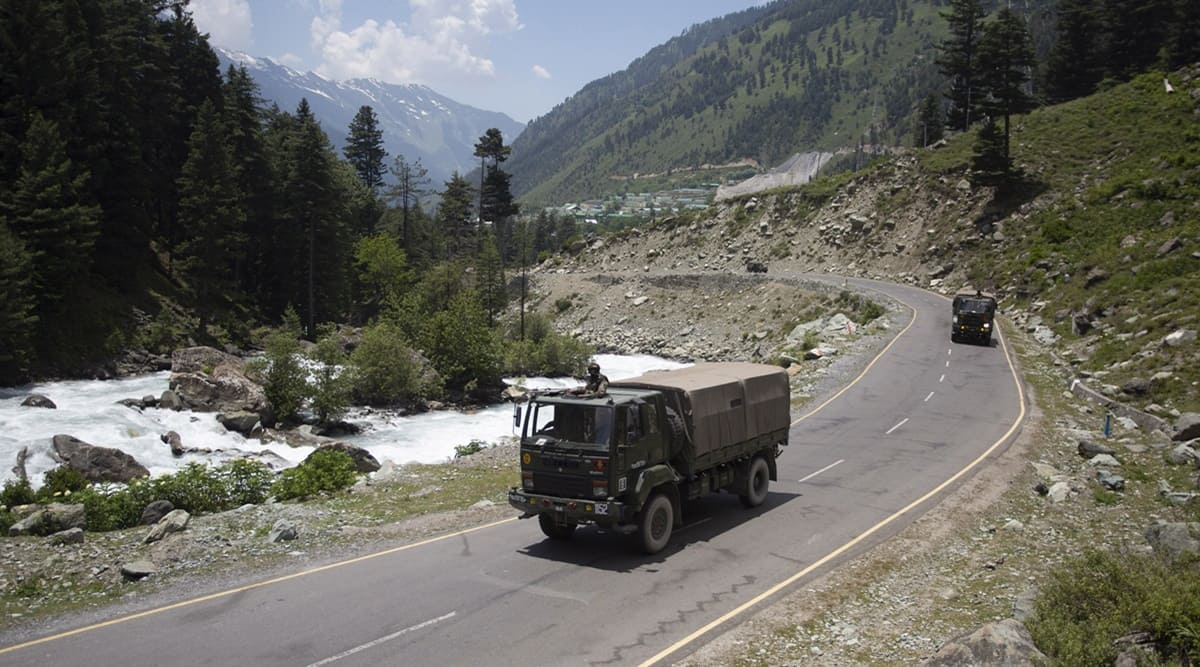 There have already been 12 patrols by the PLA in the Zimithang Sector till September this year. Representational Image. (Express File Photo by Shuaib Masoodi)

Even as Army officials have said that in the eastern sector there has only been a “marginal” increase in patrolling and PLA activities, data show that at least in the Tawang sector, the patrolling and visits by senior officers of China’s People’s Liberation Army (PLA) have seen a marked jump in 2020 and 2021 compared to the previous two years. Across three sectors in Tawang, PLA has increased its patrolling activities, training and visits by senior officials since last year. The sectors Lungrola, Zimithang and Bumla have seen an increased presence, according to data gathered by the Army through its surveillance.

The maximum increase in activity has been seen in the Zimithang Sector, where visits by PLA senior officers jumped from 33 in 2019 to 102 in 2020. Till September this year, there have already been 84 visits by PLA officers. In this sector, patrolling by the PLA has also been on the rise. In 2019, there were six patrols noticed, which increased to 11 in 2020. There have already been 12 patrols by the PLA in the area till September this year.

The third area in the region, Bumla – which also has a Border Personnel Meeting point (BPM) for officials from the two sides to meet – has seen a slightly lesser increase in such activities. From 17 and 16 patrols by the PLA in 2018 and 2019, respectively, it went up to 21 in 2020 and till September there have been 19 patrols this year. This area had just one visit by PLA officials in 2018 and 2019, it rose to five last year, which shot up to 20 till September this year.

What has also gone up is the Area Domination Patrols (ADP) by the PLA for increased surveillance. The analysis shows that there is a “slight” increase in ADPs in the Tawang sector due to improvement in work conditions, and it is likely for surveillance, area domination and for orientation of the newly inducted troops.

According to the Activity Matrix maintained by the Army – which has land-based cameras, radars and also follows PLA activity through unmanned aerial vehicles and radars, giving it visibility even into the depth areas – the reason for the heightened activity since last year is due to the operational situation. Both sides were involved in a military standoff in the Western Sector of the boundary in eastern Ladakh in May 2020, which remains unresolved.

There has also been a steady increase in movement of light and heavy vehicles across the Tawang sector. While the matrix does not have the data for the previous years, it notes that “increased vehicle movement is due to the infrastructure development activities”. It mentions that the use of a large number of excavators and (bull)dozers is to keep the lateral and axis open, which means it is to maintain the road connectivity.

Eastern Army Commander Lt Gen Manoj Pande had said last week that “some infrastructure development” had been observed on the Chinese side close to the LAC, “in terms of essentially habitat”. And “that has led to correspondingly more number of troops that are now located or placed there,” he said.

“Both sides are attempting to develop infrastructure closer to the LAC” which “again leads to certain issues at times,” Pande said. “Since this infrastructure has come up close to the LAC, there has been a marginal increase in border defence troops” on the Chinese side, he said.

Tawang is one of India’s best defended sectors with the China boundary. Pande had told journalists last week that while “there has been a marginal increase” in patrolling by the PLA in some areas since the standoff in Ladakh began in May 2020, there has been “no noticeable change in their patrolling pattern when talking of the entire eastern sector.”