Passengers aboard Australian cruise ship refunded, thanks to 1,300 unruly Indians

The Indians reportedly brought onboard women dressed as Playboy bunnies and burlesque dancers, took over several areas of the ship including such as the deck and buffet areas. 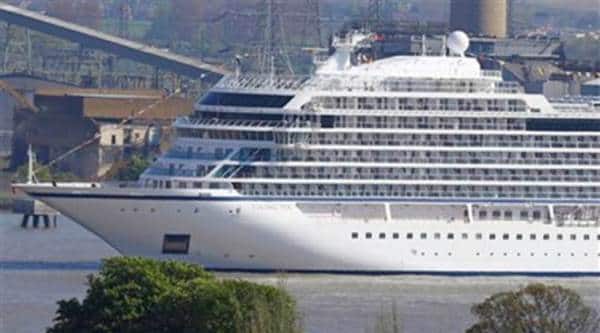 Royal Caribbean International’s Voyager of the Seas cruise ship has the capacity to hold around 3,000 passengers. (Photo via AP/File)

Royal Caribbean International refunded nearly two-thirds of the passengers on board its Voyager of the Seas cruise ship that sailed from Singapore to Australia in September after several complaints against 1,300 unruly Indian men were filed. Passengers narrated how the men, who reportedly work for a chewing tobacco company, hosted wild parties with burlesque dancers, harassed young girls and took over several areas of the ship.

“During Voyager of the Seas’ three-night sailing from Singapore on September 6, a group onboard caused complaints from some of our guests who raised their concerns with us after they returned to Australia. We were able to quickly provide them with a satisfactory solution,” a spokesperson for Royal Caribbean was quoted as saying by The Telegraph, adding that they are reviewing the incident.

The Indians reportedly brought onboard women dressed as Playboy bunnies and burlesque dancers, took over several areas of the ship including such as the deck and buffet areas, and even got certain events cancelled due to lack of interest.

“It was almost like a huge bucks (stag) party,” a passenger was quoted as saying by The Telegraph.

Meanwhile, a representative of Tirun Travel Marketing, through which the Indians booked their trip, said that only six people filed complaints against the Indians. She was quoted as saying by Times of India, “The Indian group was appropriately dressed and didn’t create any nuisance. Even if the Indian group created a nuisance, why didn’t the Australians complain to the authorities on the ship itself? They complained about it after the trip got over. Of the 3,900 passengers on the ship, it seems that only six Australians had an issue.”