Parliament monsoon session HIGHLIGHTS: Following the uproar over NRC in Rajya Sabha, the Chairman of the Upper House adjourned the session till tomorrow. Follow all the live updates here.

An uproar was caused in Rajya Sabha on Tuesday over the final draft of NRC. Chairman Venkaiah Naidu was forced to adjourn the House after members of the Congress trooped to the Well and raised slogans.

On Tuesday, the Upper House transacted little business after Congress MPs trooped to the Well and raised slogans over Shah’s remarks on the NRC. Shah, in his address before the House, claimed the Congress, unlike the BJP, lacked courage, to identify illegal migrants in Assam.

Outstanding Parliamentarians Award for 2016 and 2017

Extension of Concessional Financing Scheme approved for another 5 years 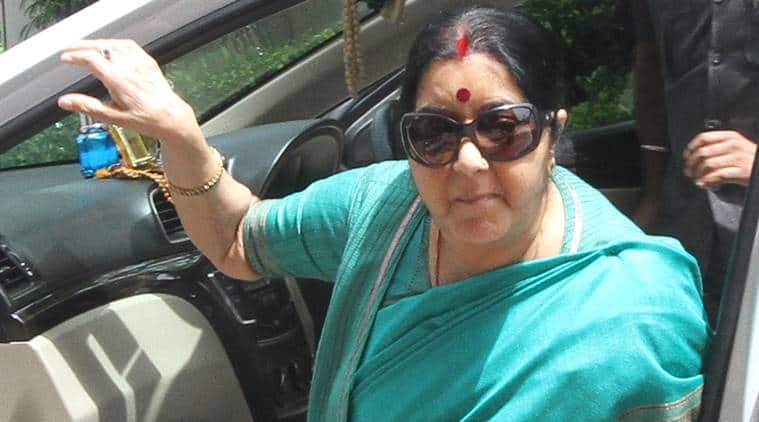 The India-China face-off over Doklam was resolved through "diplomatic maturity without losing any ground" and status quo has been maintained, External Affairs Minister Sushma Swaraj said today.

"We have resolved the Doklam issue with diplomatic maturity without losing any ground. There is no change in the status quo (on the ground). There is not an iota of change. The face off at sight has been resolved on August 28, 2017," she said during Question Hour.

Swaraj told the Lok Sabha that the main objective of the informal summit between Prime Minister Narendra Modi and Chinese President Xi Jinping (rpt Jinping) at Wuhan was to ensure mutual comfort, mutual understanding and mutual trust between the two leaders and all the three objectives have been achived.

No border dispute with Myanmar: Kiren Rijiju in LS The government said that the demarcation of nine pillars between the India and Myanmar border was being worked out in a complete understanding with the neighbouring country.

Rejecting reports about border dispute and destroying of pillars in the Manipur region as false, Minister of State for Home Kiren Rijiju said a high-level central team has already visited the spot and reported that there is no dispute on the issue. Replying to supplementaries during Question Hour in the Rajya Sabha, he said the Indo-Myanmar boundary was 1,472 km long, out of which 171 km is to be demarcated through a boundary mechanism which both the countries have established.

Lok Sabha passes the Commercial Courts, Commercial Division and Commercial Appellate Division of High Courts (Amendment) Bill, 2018. The bill, which was passed by a voice vote in the Lok Sabha, also allows state governments to establish commercial courts at the district level, even in territories where high courts have ordinary original civil jurisdiction.

If we need access to justice, we need good judges: Ravi Shankar Prasad in LS

In Lok Sabha, while discussing the Commercial Courts, Commercial Division and Commercial Appellate Division of High Courts (Amendment) Bill, 2018, Ravi Shankar Prasad says, '34 high court judes were appointed in 2017. We will cross the highest this year if we appoint. If we need access to justice, we need good judges. We want to showcase the world that even small dispute, legal system is available to fast track the cases.'

N K Premchandran, RSP of Kollam, opposes the amendments to the Code and questions meaning of the Act. "The original purpose of the Act is to bring fast track courts at commercial subordinate and divisions level and to provide compulsory mediation," says Premchandran.

Amidst the slogans and ruckus created by the Opposition and TMC members, Rajnath Singh said he would be willing to place his speech before Naidu since the members are not ready to listen.

Naidu further put it on record Singh's presence in the House for the last three days and adjounred the House.

No slogan is going on record: Chairman Naidu is RS

In order to simmer down the slogancheering 'Prime Minister jawab do', Naidu says, 'You don't want to hear the reply. Why did the Assam members mnot speak earlier when given the oppruntiy. This is not the way.'

No slogan is going on record.

On asking Amit Shah to conlude his statement, Opposition has started an uproar again, raising slogans.

Rajya Sabha resumes with the completion of the NRC. On the issue of fake news, Law and IT Minister Ravi Shankar Prasad today said in Lok Sabha that social media platforms should themselves weed out circulation of fake news and that the government will not tolerate abuse of data by companies for influencing elections in India.

'Any foreign entity, Facebook or Cambridge Analytica, cannot abuse the data of Indians to influence elections of India. India's elections are very transparent, sanctified,' Prasad in the Lok Sabha during Question Hour.

The minister's comments come within days of rumours on social media platform Whatsapp triggering lynching incidents in the country.

The Lok Sabha has been adjourned after conducting the question hour.

External Affairs Minister Sushma Swaraj told the Lok Sabha about the prime objective of the informal summit between Prime Minister Narendra Modi and Chinese President Xi Jinpin at Wuhan was to ensure mutual comfort, mutual understanding and mutual trust between the two leaders and all the three objectives have been achived, reported PTI.

'We have resolved the Doklam issue with diplomatic maturity without losing any ground. There is no change in the status quo (on the ground). There is not an iota of change. The face off at sight has been resolved on August 28, 2017,' she said during Question Hour.

Rajya Sabha is adjourned till 2 pm

Chairman Naidu adjourns the House after taking up 12 questions during question hour. The session would resume at 2 pm and Naidu states that NRC would be discussed post-adjournment.

Is it any less than bloodbath or civil war: BJP member

BJP Member Rupa Ganguly comments on the present situation in West Bengal and questions if it is 'any less than bloodbath or civil war'.

Is she aware that there are a lot of illegal immigrants in West Bengal? As it is what is happening in West Bengal today, is it any less than bloodbath or civil war? Doesn't she know that every other day BJP karyakartas are being killed: Rupa Ganguly, BJP on WB CM #NRCAssam pic.twitter.com/adF4PAHwio

Discussion about reservation for women and other lack women police constables are underway in Rajya Sabha. matter related to compensation to families of deceased Indian security officers, MoS Home Affair Hansraj Gangaram Ahir answered that the family would not recieve less than Rs. 1 crore.

Minister of Civil Aviation Suresh Prabhu answers a series of questions put forth by members of Parliament during question hour.

After the NRC draft was issued which excluded 40 lakh people of Assam, Mamata had said, “The NRC might lead to a civil war. There will be bloodshed. Members of minorities and dalit communities are being driven out of the country.” The complaint was filed after this comment. Question hour starts, discussion over GST takes place among others

Congress MP Gaurav Gogoi stated the purpose of NRC, "to see how many foreigners are identified… and genuine Indian citizens, irrespective of their religions… their names should be in the NRC. It is our baby. We cannot disown it. But our case is that the way it has been prepared, the way the final list was published, it is full of mistakes."