Parliament Monsoon Session Highlight: The passage of the Constitution (123rd Amendment) Bill, 2017, making NCBC a panel with full powers to safeguard rights and interests of the Other Backward Classes (OBCs), is likely to give a fillip to the BJP’s attempts to posture itself as a party that stands for backward communities.

Parliament Monsoon Session: Elections to the post of Rajya Sabha Deputy Chairman will be held on Thursday. (File)

The Rajya Sabha on Monday cleared the Constitution (123rd Amendment) Bill, 2017 also referred to as the OBC bill as part of the ongoing Monsoon session.

With the Congress undoing its stance taken in the Upper House during the last Monsoon Session, the Bill to grant constitutional status to the National Commission for Backward Classes (NCBC) was passed unanimously by Lok Sabha last week.

The passage of the Constitution (123rd Amendment) Bill, 2017, making NCBC a panel with full powers to safeguard rights and interests of the Other Backward Classes (OBCs), is likely to give a fillip to the BJP’s attempts to posture itself as a party that stands for backward communities.

Meanwhile, accusing the BJP-led Centre of unleashing “super emergency”, TMC leaders protested outside Parliament to voice their objections to the government’s “interference” in media houses and the implementation of NRC in Assam. “Prominent media houses are either being bought over or threatened. Resignations of two top executives, editor-in-chief and popular anchor of ABP News Network, indicate increasing government interference. Shows are being blacked out and defamation cases have been filed against news organisations,” PTI quoted TMC MP Derek O’Brien as saying.

The Rajya Sabha passed the bill with 156 votes to nil

Today, the Upper House adopted the legislation along with the amendments made by the Lok Sabha, by 156 votes to nil. Over two-third majority of those present voted in favour of the bill, which is a necessity for amending the Constitution. The Rajya Sabha had earlier passed the measure on July 31 last year, along with an amendment and sent it to the Lower House. The Lok Sabha had passed the bill last week with alternate amendments as well as some more changes unanimously with over two-third majority.

The Rajya Sabha today passed bill to provide constitutional status to the National Commission for Backward Classes, as several members urged the government to make public the findings of the caste census and implement reservation accordingly. The demand was raised during a debate on the Constitution (123rd Amendment) Bill 2017, passed by the Lok Sabha on August 2 superseding the amendments earlier carried out by the Rajya Sabha.

In his reply to the debate on OBC Bill in Rajya Sabha, Minister of Social Justice and Empowerment Thaawar Chand Gehlot said that the Opposition is trying to divert the attention from the matter by labelling the Narendra Modi led government as anti-reservation. He said that the government is pro-reservation and PM Modi himself is the pioneer in this direction.

Discussion on Bill to give constitutional status to NCBC panel is underway in Rajya Sabha. MP Thawar Chand Gehlot told the house that the central government has decided to reintroduced Section 3 in the proposed Bill, which enables the formation of a commission. Holding it as an integral part of the Bill, Gehlot said that the government has considered all the amendments suggested by the Opposition in the last session. 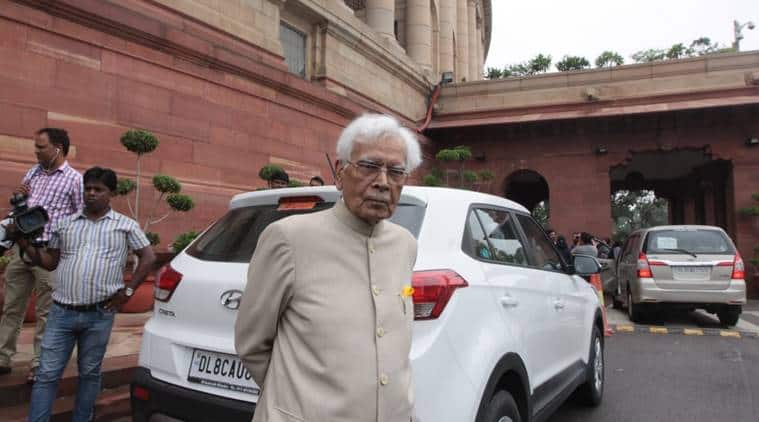 Lok Sabha has been adjourned till 2 pm.

Alappuzha INC MP KC Venugopal raised the issue of growing governmental interference in judicial independence. Without naming him, Venugopal raised questions over the delay in elevation of Uttarakhand Chief Justice KM Joesph to the Supreme Court despite his name being sent by the Collegium to the government repeatedly.

Rajya Sabha has been adjourned till 2 pm 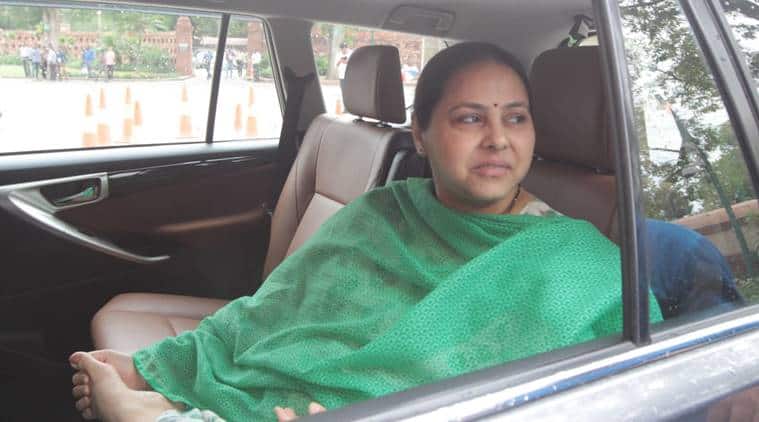 Nitin Gadkari, Minister of Road Transport and Highways of India, arrives at the Parliament on Monday. (Express photo by Praveen Jain)

The Opposition highlighted the negligence in the Muzaffarpur shelter home case which led to a brief uproar in the Lok Sabha. Congress leader Mallikarjun Khadge joined RJD MP Jay Prakash Narayan Yadav in the protest, alleging the tampering of evidence in the case. Speaker Sumitra Mahajan said the government has approved a CBI inquiry in the case.

RJD MP Jay Prakash Narayan Yadav raises the issue of #MuzaffarpurShelterHome case in Lok Sabha, says 'The girls where played with, like toys. The evidences are being tampered. There is direct involvement of the state government.' pic.twitter.com/AqXUGblKyH

Speaking on the issue of Maratha protests, INC MP Hussain Dalwai said in Rajya Sabha today that the Maharashtra government did not pay attention to the peaceful protests by the Maratha community, which led them to protest violently for reservation.

RJD MP Prof. Manoj Kumar said that a concrete list of different castes and communities needs to be prepared by the government so that the people get to know about their representation in the country. He further said that the reservation is not a financial issue rather a representational one.

Strict punishment to those involved in human trafficking: Motilal Vora

Skiing can give to boost to Indian tourism sector: Farookh Abdullah in Rajya Sabha

Debate on development of tourist places underway in Lok Sabha. Union Minister Alphons Kannanthanam is giving the details of projects launched by the tourism ministry in various states.

NC leader Farookh Abdullah said in Lok Sabha today that giving priority to adventure sports in Himachal Pradesh and Jammu and Kashmir will give rise to tourism in the states. Union Minister Alphons Kannanthanam replied that the government has launched maximum number of projects in Jammu and Kashmir under Swadesh Darshan scheme to give an impetus to tourism in the state.

Parliament Monsoon Session: Trinamool Congress MPs created a ruckus in Lok Sabha Friday after their party delegation was detained at Silchar airport on Thursday. The delegation had arrived in Assam to participate in a convention against Assam’s recently-released draft National Register of Citizenship (NRC) published last month on July 30.

Home Minister Rajnath Singh in Rajya Sabha stated NRC as “national security” matter on Friday. Terming it as a “fair and objective” process, Singh said if all documents required for registration of NRC are submitted, no citizen would be left out.