Parliament Highlights: Both Houses adjourned, proceedings to resume on Monday

Parliament Monsoon Session Highlights: Law Minister Ravi Shankar Prasad too demanded an apology from Khan and said either he should tender an apology or he should be suspended from the House.

Parliament Monsoon Session Highlights: The Lok Sabha on Friday passed the Companies (Amendment) Bill, 2019, which was moved by Finance Minister Nirmala Sitharaman. The bill will amend the Companies Act, 2013 under which certain classes of public companies are required to issue shares in dematerialised form only. The Bill states this may be prescribed for other classes of unlisted companies as well, according to PRS Legislative.

Both the Lok Sabha and Rajya Sabha have been adjourned for the day. The proceedings of the Upper House and the Lower House will begin on Monday, July 29, at 11:00 am.

Earlier in the day, during the Zero Hour, members of Parliament demanded an apology from Samajwadi Party MP Azam Khan for his ‘sexist remark’ against Bihar MP Rama Devi. Condemning the remark, Finance Minister Nirmala said, “there is no democracy in the house if a man can get away for abusing a woman or judging her.” Law Minister Ravi Shankar Prasad too demanded an apology from Khan and said either he should tender an apology or he should be suspended from the House.

Expressing “serious concerns” over the passage of bills without any scrutiny in Parliament, a total of 17 opposition parties on Friday shot off a letter to Rajya Sabha chairman M Venkaiah Naidu and asked him to intervene in the matter. The letter alleged that 60 per cent bills were sent for scrutiny during the 14th Lok Sabha session, while in the 15th session, 71 per cent bills were sent for scrutiny. Read more

Lok Sabha adjourned for the day

Lok Sabha Secretariat: Public Accounts Committee (PAC) has been constituted for the term ending on 30 April 2020. Lok Sabha MP Adhir Ranjan Chowdhury (Leader of Congress in LS) has been appointed as the Chairperson of the Committee. pic.twitter.com/i2G1VPTDwl

A Bill on euthanasia and another which seeks to abolish the death penalty in India were among the 44 private members' bills introduced in the Lok Sabha on Friday. Kanimozhi Karunanidhi (DMK) introduced a Bill for abolishing death sentence in the country. (PTI)

Lok Sabha has passed The Companies (Amendment) Bill, 2019. The Bill was introduced in the House by Finance Minister Nirmala Sitharaman on July 25, 2019. What exactly is the Companies Act, 2013? Read here

Rajya Sabha adjourned for the day

Rajya Sabha has been adjourned for the day, will resume on Monday, July 29, at 11:00 am

"In the larger picture, we are looking at Companies Act which will be far more friendlier for companies to keep in mind and comply, rather than worry about the implementation of it," says Finance Minister Nirmala Sitharaman as she talks on The Companies Amendment Bill, 2019 in the Lok Sabha.

17 opposition parties write to Rajya Sabha chairman M Venkaiah Naidu expressing serious concerns over the passage of bills in Parliament without any scrutiny.

Participating in the debate on triple talaq Bill in the Lower House, Khan had made an objectionable remark against the Speaker. His remarks came as an uproar in the House as BJP demanded an apology from him, while SP leader Akhilesh Yadav, who was defending Khan, did not relent and walked out of the House.

"I did not make any objectionable remarks. They must have made it. I don’t know," Khan later told the media outside the House.

Leader of Opposition Adhir Ranjan Chowdhury said, the bill is being introduced in a hurry and that opposition is moving into a "one mission one session" strategy.

"If we pass this bill today, 12 new amendments are being added to already existing 31 making it 43 in total. It is one of the very important bills for ease of doing business," she said. Sitharaman added that this bill is important because its an ordinance that will expire this month.

Meanwhile, in Karnataka, drawing the curtains on Karnataka’s political crisis, BS Yeddyurappa Friday was invited by the Governor to stake claim to form the government. Yeddyurappa, a three-time chief minister of the state, will be sworn in at Raj Bhavan at around 6 pm Friday.  Follow LIVE

The Upper House has been adjourned till 2:30 PM

Meanwhile, in Rajya Sabha,  the current Budget session of Parliament, which was to end on Friday, has been extended till August 7 to help transact essential government business, Rajya Sabha Chairman M Venkaiah Naidu informed the House.

Lok Sabha to resume at 2 PM

Following uproar in the Lok Sabha over Azam Khan incident, the Lower House has been adjourned till 2 PM.

I condemn the incident but we should listen to the other side( Azam Khan): Adhir Ranjan Chowdhury

Condemning the incident, leader of opposition Adhir Ranjan Chowdhury said, " nothing offensive can be tolerated against women in the house but also it is important to listen to the other side (Azam Khan)" 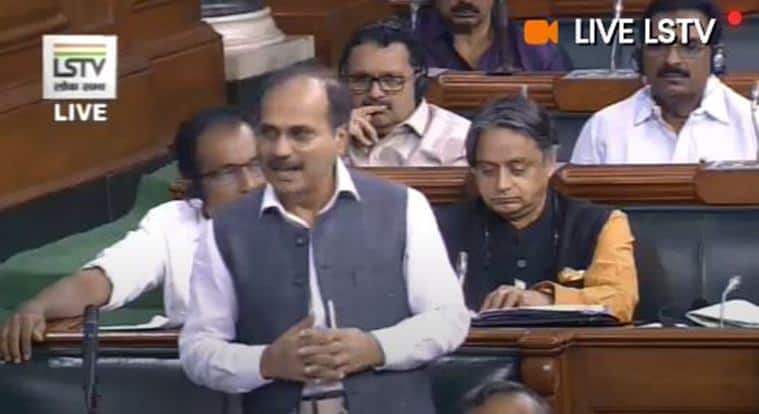 There is no democracy happening if an MP is getting away with abusing a woman in House: Nirmala Sitharaman 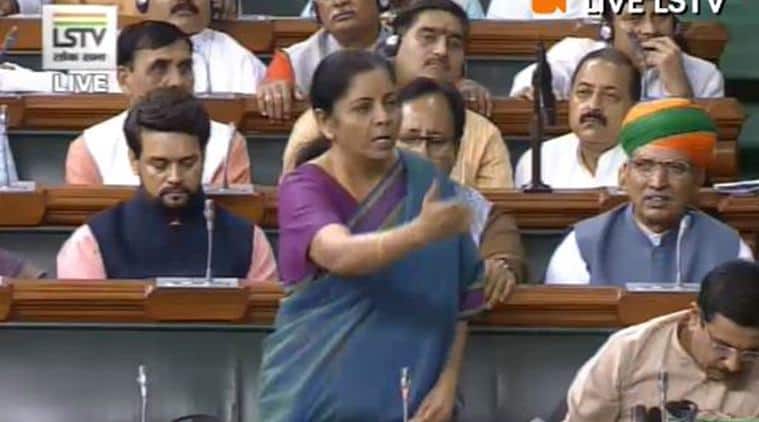 Finance Minister Nirmala Sitharaman says when a Member of Parliament can name a woman and judge her, then there is no democracy happening in the house. Sitharaman said the speaker has all the power to take action requests speaker Om Birla to take exemplary action so that no woman can be treated badly or abused.

Union Minister Ravi Shankar demanded that  Azam Khan should either apologise or he should be suspended from House.

AIMIM president Asaduddin Owaisi brought up issue of MJ Akabar and asked the Ruling party why was the party not against MJ Akbar in the #MeToo case.

Matters of urgent public importance is being discussed in Lok Sabha.

Smriti Irani said the issue is not only a woman's problem but is a shame for all the legislators. She said that regardless of the political parties or gender, "you cannot misbehave with a woman and get away with it," adding that the incident took place outside the house, it would involve police.

The members support the motion and condemn the incident, urging the speaker to take strict action against the member.

DMK MP Kanimozhi also condmen the incident and demanded for action. She also said reservation for women in parliament will increase the strength and help bring equality.

Smriti Irani on river pollution: In many states, factory set-up is prohibited within 1 km sorrounding river

Irani said National Pollution Control Board plays a very important role in designing scheme and revisiting them on treating effluents. She also said, in many states, factory set up has been prohibited within one kilometer surrounding the river.

Health Minister Harsh Vardhan takes up questions on Aayushman Yojana. On the availability of Aayush cards for the poor, Vardhan said that the scheme is a completely cashless and paperless scheme. If a person is ill and visits any of the 16,000 hospitals under the scheme, they can avail treatment even without the card. He also said, however, the card dispatch has been fast-tracked.

Question hour being taken up in the Lok Sabha.  Discussion on Mangroves of Sunderbans taken up. On Thursday, after a prolonged debate, Lok Sabha passed the contentious Muslim Women (Protection of Rights on Marriage) Bill 2019, commonly known as the Triple Talaq Bill with a majority of 303 votes.

The Rajya Sabha, meanwhile, in a major setback to the Opposition, passed RTI Amendment Bill and voted against sending it to a select panel. The Congress staged a walkout from the Rajya Sabha after this calling government a bully. Earlier, the Opposition had demanded scrutiny of the RTI bill along with six other bills.

The government also decided to extend the Parliament session till August 7. The session, which began on June 17, was scheduled to end on July 26.