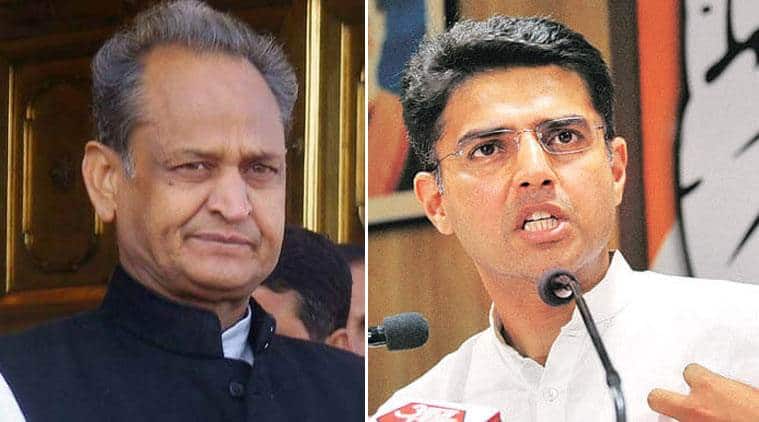 There are several documents and minutes of meetings held by shareholders of Global Medical Response of India Limited, which mention these investments made in Ziqitza.

A company registered by Appleby in tax haven Mauritius invested in an Indian firm that is at the heart of a probe by CBI and ED into what is called the Rajasthan Ambulance scam. One of the founders of the firm is the son of Congress leader and former Union minister Vayalar Ravi.

There are several prominent politicians named in the complaint, which was first filed by the Rajasthan police in 2014, immediately after the BJP returned to power in the state, and later by the CBI in 2015. They are: former Rajasthan chief minister Ashok Gehlot; Karti Chidambaram, son of former finance minister P Chidambaram; former Union minister Sachin Pilot; and, Ravi Krishna, son of former Union minister Vayalar Ravi, who is also one of the founders of the company.

Records of the Registrar of Companies show that for the financial year ending March 31, 2016, among others, Ravi Krishna remains listed as an equity shareholder. In April this year, the ED attached properties worth Rs 12 crore in connection with the scam in which the CBI alleged that the company had made illegal gains of Rs 23 crore between the years 2010 and 2013.

The allegations made by the agencies are that tenders for the contracts given under the NRHM (National Rural Health Mission) were tweaked to favour Ziqitza Health Care Limited and of subsequently generating fictitious claims and invoices, and of making claims on behalf of non-operated ambulances and faking multiple trips.
The ED charged the company with provisions of the Prevention of Money Laundering Act (PMLA). Appleby’s internal documents show, the Financial Services Commission (FSC) of Mauritius, on September 17, 2015, red-flagged this probe.

EXPLAINED: Why the Paradise Papers matter

This is also echoed in a 2016 Compliance Review Report by Appleby which contains a flowchart of the antecedents of the company. It shows that the company was originally incorporated in 2008 as RADEC X Ltd and, in 2010, the name was changed to Global Medical Response of India Limited. The company is ultimately owned by Envision Healthcare Holdings Inc, listed on the New York Stock Exchange. The Compliance report notes how ED traced the investment pattern in Ziqitza and that among the companies that invested in it through equity and preference share purchases are Grand Global Impex of Singapore; Acumen Fund Inc of US and, finally, Global Medical Response of India Ltd of Mauritius.

Says Appleby’s memo dated January 27, 2016: “The hits (negative searches) relate to the scam involving the Company’s investee company Ziqitza Health Care Limited. Contracts awarded to the investee company are said to have been politically favored. The risk profile of the company has been raised to High and added to our Risky Client Register for frequent checks…”

SEE PHOTOS | Paradise Papers: Here are the Indians on the list

After the CBI action, both Karti Chidambaram and Sachin Pilot distanced themselves from the deal. Karti Chidambaram told The Indian Express: “I was briefly a Non Executive Independent Director with the company and have never been a share holder. And as far as I know Ziqitza Health Care never had any off shore operations. A company with off shore operations may have invested in them.”

For his part, Sachin Pilot said that once the company changed its status from a “non-profit” venture to a “for-profit” venture, he resigned from it and did so before he became a Member of Parliament in 2004. He said: “For under a year I was a Honorary Director with the company. This was in 2001. When they informed me that they have become a for profit company I resigned. I have never held a share in it, held a board meeting or signed any papers.”

We at Ziqitza Heath Care look at Global Medical Response (GMR) as out strategic investor and yes, they set up GMR India, a separate company in Mauritius. They simply bought a company of-the-shelf and changed its name to GMR India. After all, any company would look at the most efficient way of allocating its resources.

The fact that we have a strategic investor in the Mauritius based company was disclosed by Ziqitza Health Care to the Reserve Bank of India and all banking details and details of RBI permits have subsequently been given by us to the Central Bureau of Investigation (CBI) and later, the Enforcement Directorate (ED). All the cases took off when the Government changed and in August 2015, the case went to CBI. The ED action came a month later but my point is: since we have done no wrong, how long will they prosecute us? No charge sheets have been filed and in fact, no one has even been questioned by the ED as yet.

As far as the links of other politicians with Ziqitza Health Care is concerned, both Sachin Pilot and Karti Chidambaram were only independent directors in the company, never shareholders. In fact, Sachin Pilot was associated with the company for only a few months. I myself started with a 25% stake in the company. This later reduced to 11% and now it is only 2% but this is due to personal reasons and a family division of assets.

GMR of India Limited, Mauritius is a 100% subsidiary of GMR Inc (Global Medical Response Inc; http://www.gmr.net/), the global arm of AMR Inc (American Medical Response Inc; https://www.amr.net/home/ national), world’s and US’s Largest Ambulance Service Company. They are still part of Envision Health Care Inc (EVHC; https://www.evhc.net/), a New York Stock Exchange company and part of S&P500 with today’s market cap of USD 3.29 billion. Kindly note that a public announcement of the sale of AMR (American Medical Response Inc) Division to KKR has been made by EVHC on August 8, 2017. We do not have any details of this deal except from the media and await the AMR / GMR management to brief us in the next board meeting. Pls see the relevant media releases:

GMR Inc connected with ZHL in 2008/09 since when they started following us. Post a due diligence in 2009/10, they invested USD 2.00 million in Series B Fund Raise of ZHL. They chose to invest through a Mauritius aubsidiary for reasons best known to them. We had no say, no recommendation or no guidance to them in this regard. The name of the entity which was bringing in the investment was RADEC X Ltd, Mauritius but the name of this entity was changed to GMR of India Limited on 26 March, 2010 itself (though we are given to understand that it seems to have taken several more days / weeks for all paperwork in this regard to be completed by them in Mauritius).