Amid the border standoff with China, India is expediting work on several key projects including on a strategic road linking Darcha in Himachal Pradesh with Ladakh that will criss-cross a number of high-altitude snow-bound passes. 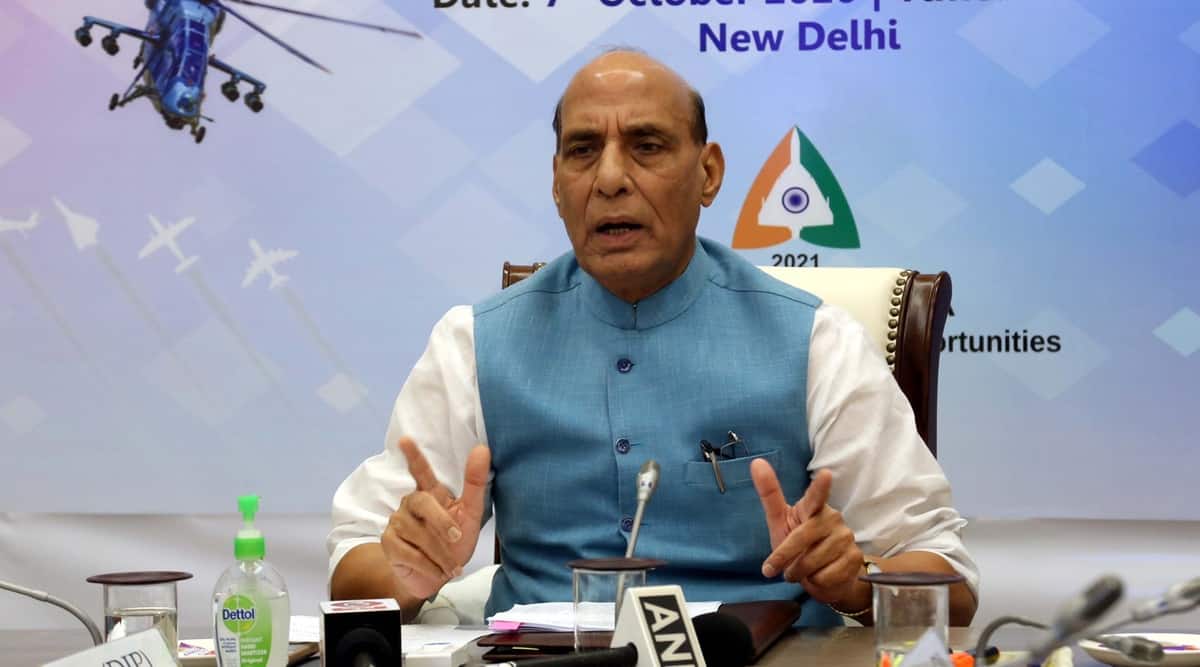 Singh said these bridges will help movement of ration and military equipment to sustain security forces posted in remote border areas even during the winter when heavy snowfall often cuts off supply lines. (Twitter/Rajnath Singh)

Amid talks with the Chinese to resolve the military standoff along the Line of Actual Control in Ladakh, Defence Minister Rajnath Singh said Monday that China and Pakistan have been creating border disputes “under a mission”.

Inaugurating 44 bridges built by the Border Roads Organisation (BRO) in seven border states and Union Territories, and signalling the start of work on the Nechiphu tunnel on the road to Tawang in Arunachal Pradesh, Singh said, “You are aware of the situation on our eastern and northern borders. It appears as if border disputes are being created under a mission, first by Pakistan and now even China.”

“The two countries share 7,000 km of border with us and often in some sector or the other, there is tension. Despite such problems, the nation, under the able and visionary leadership of Prime Minister Narendra Modi, is not just dealing with these challenges with great determination, but also bringing about crucial changes in all sectors,” he said.

“These roads are not only for strategic needs, but they also reflect equal participation of all stakeholders in the development of the nation,” Singh said.

He complimented the BRO for working tirelessly even during the pandemic.

“Every sector of the country, from agriculture and industry to our security system, has been impacted by Covid-19 …The BRO has continued operations in the North Eastern states, Uttarakhand, Himachal Pradesh and the Union Territories of Jammu & Kashmir, and Ladakh. The BRO continued its work while ensuring that snow clearance is not delayed at remote locations,” he said.

“I am happy to know that over 2200 km of roads have been cut by the BRO during the last two years, using the latest technologies, and state-of-the-art equipment. Also, surfacing was carried out on about 4200 km of roads,” he said.

Amid the border standoff with China, India is expediting work on several key projects, including a strategic road linking Darcha in Himachal Pradesh with Ladakh that will criss-cross a number of high-altitude snow-bound passes. The nearly 290-km-long road will be crucial for the movement of troops and heavy weaponry into the frontier bases of the Ladakh region, and will provide a crucial link to the Kargil region.

Singh also laid the foundation stone of the strategically important Nechiphu tunnel on the road to Tawang in Arunachal Pradesh. This 450 metre, two-lane tunnel will ensure all-weather connectivity, besides providing safe and secure passage through accident-prone areas.

Lt Gen Harpal Singh, DG BRO, said the 44 bridges are of strategic importance and have been designed to facilitate movement of heavy civil and military traffic in border areas.

He said that in addition to expediting road construction, the BRO has laid special emphasis on construction of bridges by completing 28 major bridges last year, and 102 major bridges are being completed this year. He said 54 of these bridges have already been completed. Over 60 Bailey Bridges have also been constructed by the BRO to meet immediate requirements of the armed forces and people living in remote areas.