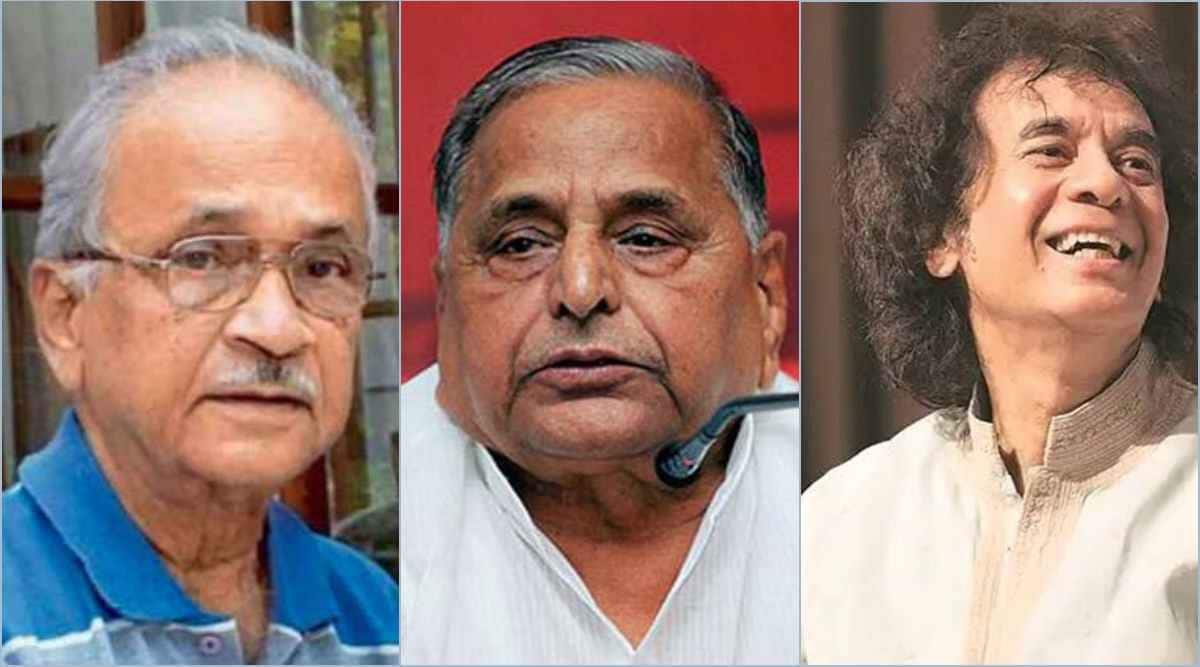 Congratulating the recipients, Prime Minister Narendra Modi tweeted: “India cherishes their rich and varied contributions to the nation and their efforts to enhance our growth trajectory.”

The posthumous Padma Vibhushan to Mulayam would be seen as reaching across the political aisle, and a move that would please the OBC communities in UP. It is significant as the SP was found to have recovered some of its lost ground among OBC voters during the last Assembly elections.

S M Krishna, who joined the BJP in 2017, is a leader of the Vokkaliga community in Karnataka, which is going to polls this year. While the BJP is traditionally associated with the Lingayat community in the state, it is wooing the Vokkaligas to increase its support base.

As many as five personalities, including two spiritual leaders, from Telangana figure in the list. After Karnataka, Telangana is considered to be the most significant southern state for the BJP.

The inclusion of IPFT chief Debbarma, who died early this month, is also significant as the state is going to polls this year – the IPFT is in alliance with the BJP in the state. Debbarma was regarded as a significant tribal leader, and the BJP has been trying to woo the tribal community ahead of the elections.

Kapil Kapoor was the pro-vice chancellor of Jawaharlal Nehru University between 1999 and 2002. In 2015, he was among a group of writers and academicians who came out in support of Modi and criticised intellectuals attacking the Centre over “the climate of intolerance”.

This Republic Day, buy into the best journalism in India | Get an annual Express subscription at Rs 999 along with added benefits. Click to see offer

Under the NDA-II government, Kapoor has been appointed to several government committees tasked with suggesting education reforms, and selection panels for appointing heads of higher education institutions.

The awardees also include over a dozen personalities from varied fields, who have been contributing to society through their social work or by preserving endangered art forms.

The Padma awards are conferred by the President at ceremonial functions held at Rashtrapati Bhavan, usually around March or April every year. Among the awardees are 19 women, two from the category of foreigners/ NRI/ PIO/ OCI, and seven who are being conferred the awards posthumously.