At the centre of the row is WII director Dhananjai Mohan’s “unilateral” decision on September 13 to keep its recognition for MSc and PhD programmes conferred by the university “in abeyance till further clarification was obtained from UGC (University Grants Commission)”. 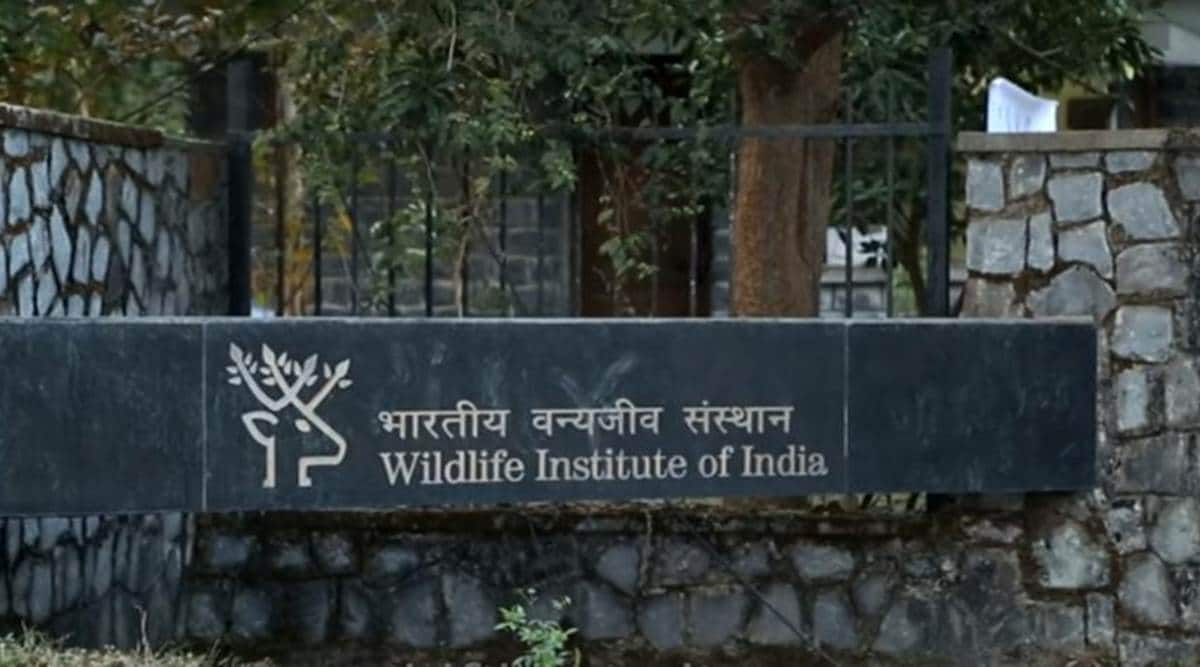 WII faculty members said the issue was never discussed in the last meeting of the governing board — the top-decision making body of the institute — in May 2020.

For the first time since its recognition by Saurashtra University in 1988, the Wildlife Institute of India (WII) in Uttarakhand — a Centre of Excellence under the Ministry of Environment, Forests and Climate Change (MoEFCC) —could not schedule its customary 7-km trek to the Rajaji Tiger Reserve for the new batch of 20 MSc (Wildlife) students as part of its orientation tour.

At the centre of the row is WII director Dhananjai Mohan’s “unilateral” decision on September 13 to keep its recognition for MSc and PhD programmes conferred by the university “in abeyance till further clarification was obtained from UGC (University Grants Commission)”. WII faculty members said the issue was never discussed in the last meeting of the governing board — the top-decision making body of the institute — in May 2020.

What triggered the “abeyance” move was an audit by the Comptroller and Auditor General of India (CAG) in February 2019, which objected to the WII’s tie-up with a non-Uttarakhand university. Since Mohan took charge in January 2020, he has not discussed the CAG red flags in the governing body.

Asked if the “unilateral” call was taken by him, Mohan said, “Just because of lockdown and Covid-19, we could not hold meetings and discuss the matter. Now, the board is being reconstituted.”

On the UGC guidelines for “affiliation”, Mohan asserted that he could not risk students’ future with multiple interpretations of the law. “The CAG audit was done by experts who know the laws. They are clear in their understanding of the UGC guidelines… Even if it was discussed with the governing body, it would have been just a question of deferment. You can’t deny the law,” he said.

The minutes of the September 13 meeting of the ad-hoc board of WII and Saurashtra University, a copy of which is with The Indian Express, stated that the suspension would not affect registered students.

Mohan has said that as per UGC guidelines, an institute has to be “affiliated” with a university in the same state, but Saurashtra University has argued that WII is exempted because it is a “specialised research institute”.

“The university’s Act, ratified by the UGC, grants itself power to ‘recognise’ an institute outside the state in special cases. We have been asking WII to continue their association with us for PhD and MSc programmes,” said Girish Bhimani, dean of Saurashtra University’s Science Department.

For PhD degrees, the institute is “affiliated” with the Forest Research Institute (FRI), a deemed university in Uttarakhand, besides Saurashtra University. Despite the university’s temporary exit, PhD courses may continue unhindered except, alumni said, 10 times more financial burden for students — Saurashtra University charges Rs 1,575 fees per semester while FRI’s fee is around Rs 15,000.

WII alumni and researchers have sought the intervention of Prime Minister Narendra Modi and Environment Minister Bhupendra Yadav to “prevent the imminent closure of WII’s publicly-funded MSc and PhD programs, and get these reinstated”. A petition signed by the alumni and researchers, alleging “a direct threat to the conservation agenda of the nation”, will soon be submitted to Modi and Yadav.

The petition also takes umbrage to the neglect of the WII’s governing board. “As per the best of our knowledge, we would like to bring your attention to the fact that these decisions to suspend the academic programs in association with Saurashtra University have been taken without informing or consulting the governing council at WII,” it claims.

Researchers have highlighted that many research institutes, like Salim Ali Centre for Ornithology and Natural History (SACON) in Tamil Nadu, have recognition conferred by universities from other states. A Centre of Excellence under MoEFCC, SACON is recognised by Saurashtra University, among others.

According to Mohan, the institute has been in talks with Doon University and other varsities from Uttarakhand for affiliation. “We were hoping a favourable call by Doon University in February. But it did not work out. We are still hopeful… But this year, the admission won’t be possible,” said the director.

WII dean Y V Jhala, meanwhile, explained that the UGC guidelines were issued to prevent fraud by private institutions affiliated with universities. “The norms are mostly for private universities. But, they are still ambiguous,” said Jhala.

WII, a globally acclaimed institute in wildlife research, enrols around 20 students MSc students (wildlife) and 10 for the recently launched MSc (Heritage) programme once in two years, and 10-15 PhD students once or twice a year. The institute also runs a few diploma courses.

Mohan said he had sought clarification from UGC on affiliation guidelines. “I vaguely remember having sent it.”

However, a senior official from UGC said the commission does not issue clarifications on its circulars.

An alumnus said the discontinuation of the MSc course would mean those who have turned 28, the maximum age bar for admission, this year would be excluded the following year.

“The CAG audit took place in February 2019, while the director assumed charge in January 2020. So many months have passed since then, and the decision was taken unilaterally with a delay. This means that there won’t be a new batch of MSc students this year,” the alumnus said.