Only 6% ventilators under PM-CARES manufactured so far

Indian firms, including those which have got orders for supplying ventilators under PM-CARES fund, expressed disappointment over the quality of components being supplied by a top component manufacturer. 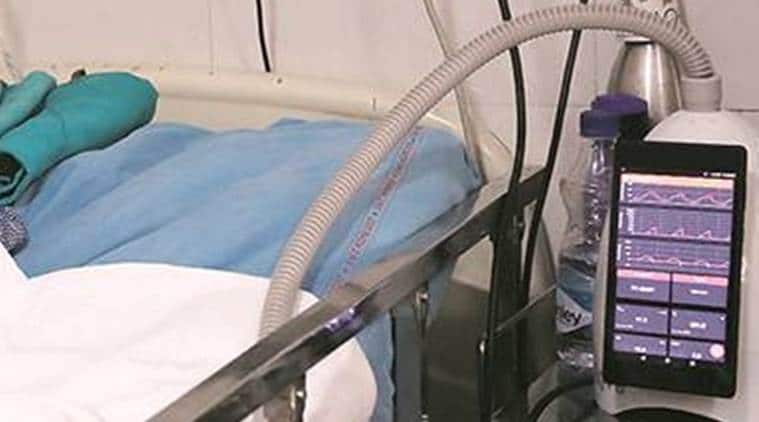 Bottlenecks in domestic manufacturing of ventilators were highlighted during the conference, sources said. (File Photo)

WITH ONLY 6 per cent of the total 50,000 ‘Made in India’ ventilators under PM-CARES fund manufactured so far, the race to secure the machines for the country’s Covid-19 response has exposed a handicap in the component production ecosystem for medical equipment.

NITI Aayog CEO Amitabh Kant, DPIIT Secretary Guruprasad Mohapatra and DRDO Chairman Dr Satheesh Reddy acknowledged this challenge in India at a government-industry interaction, which was also attended by Principal Scientific Advisor D Vijayaraghavan, on June 11, according to sources. The e-conference, organised under the chairmanship of Kant, also saw participation from senior officials, representatives of ventilator and component manufacturers, and start-ups.

Bottlenecks in domestic manufacturing of ventilators were highlighted during the conference, sources said. Top officials acknowledged that the delay in delivery of ventilators was due to non-availability of critical components, according to minutes of the e-conference, accessed by The Indian Express.

Read | As Telangana ramps up testing, five days make up a third of total cases

During the meeting on June 11, Mohapatra told participants, “After a demand assessment, the government had placed orders for 60,000 ventilators with four Indian ventilator manufacturers. However, the delivery of these orders was getting delayed due to non-availability of critical components on which India is import dependent.”

Kant said several parts are not manufactured in India and being imported, causing severe delay in the production and supply of ventilators, according to the minutes of the e-conference.

According to sources, the DRDO Chairman pointed out specific parts which are highly import-dependent. He reiterated the need to create a component ecosystem in the country, sources said.

Ventilator manufacturers mentioned problems in domestic manufacturing. Indian firms, including those which have got orders for supplying ventilators under PM-CARES fund, expressed disappointment over the quality of components being supplied by a top component manufacturer.