On May 14, Japan complained to the WTO against import duties imposed by India over the last 24 months on a wide range of electronic products such as mobile phones and components, and integrated circuits WHILE the decision by the United States to end preferential trade status for India from June 5 calls for urgent attention, Commerce and Industry Minister Piyush Goyal’s larger challenge will be to address the reverses faced by India during the last 12 months on both bilateral and multilateral fronts over alleged protectionism.

On May 14, Japan complained to the WTO against import duties imposed by India over the last 24 months on a wide range of electronic products such as mobile phones and components, and integrated circuits. Soon afterward, China and Thailand expressed interest in joining consultations in the case filed by Japan. Singapore, Canada, and Chinese Taipei are learnt to have sought to join, too.

Much of this played out when the general elections were under way in India, and the new government is learnt to be taking stock of the widening impact of these trade challenges.

In early April, the European Union, which oversees trade policy for the 28-member bloc, had separately launched a WTO dispute against India over import duties levied on electronic products.

But the action is not limited to electronics. Late last year, Australia moved to refer India to the WTO over subsidies paid to sugarcane farmers. (The government had approved a fresh

Rs 5,538-crore package for the sugar industry in September.) Brazil has lodged a separate complaint on the matter, and Guatemala, too, is learnt to have initiated a dispute complaint. On November 12, the US had alleged at the Geneva-based global trade regulator that India had paid out far more in cotton subsidies than is permitted under WTO rules.

What compounds the situation is that on November 7, India lost a key trade dispute at the WTO after a settlement panel largely upheld Japan’s complaint on the imposition of safeguard duty on imports of hot-rolled steel flat products during September 2015 and March 2018.

Earlier, in 2016, the dispute settlement panel had ruled in favour of a US complaint against the requirement that power producers under the Jawaharlal Nehru National Solar Mission compulsorily procure a part of solar panels and modules for their projects from domestic producers.

OPINION | In his second term, Modi must deal with turbulence unleashed by Trump’s challenge to global trading order

Commerce Ministry officials point out that India is “well within” the bound rates — the ceiling over which a WTO member country cannot impose import duty on exports by another member nation — on some of these item categories. Nonetheless, it is learnt that the task of managing the fallout of the US action on GSP, and the countering of the action initiated by countries at the WTO, are high on the agenda for the new administration.

Officials indicated there is realisation that some of the arguments presented by India in the ongoing negotiations might have to be thought through afresh, especially in the light of the November 7 defeat in the steel case filed by Japan, and the fresh challenges in other categories.

Trade analysts point to these trend being a cause for concern, especially the increasing intensity of action by countries, and the opportunity this provides to other nations to cite the penal action as justification in their submissions.

The increasing trade disputes coincide with a phase in which India has resorted to well over a dozen increases in Customs duties covering over 400 items during the last 30 months, marking a “calibrated departure” from the policy of reducing import duty that had been followed by successive governments over the last two decades. 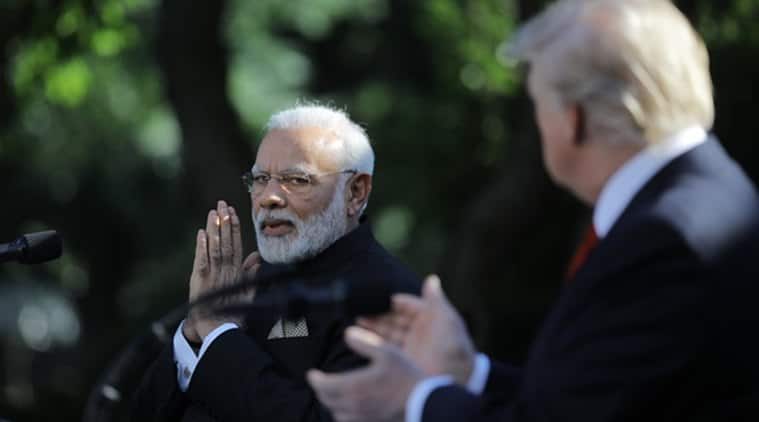 While the move by the US to withdraw the GSP benefits (it had earlier held off on notifying its decision close to the Lok Sabha elections) to India follows nearly a month of uncertainty over whether Washington would ease its stance on its trade relations with India, tensions with the US have been on the rise.

President Donald Trump has repeatedly asserted that India is a “tariff king” that imposes “tremendously high” tariffs on American products, and dismissed the government’s decision to halve the import tariff on Harley-Davidson motorcycles from 100 per cent to 50 per cent last year as “inadequate”.

The Trump administration has claimed that certain moves by India were preventing “equitable and reasonable access” to its markets, including India’s decision to slash maximum retail prices of cardiac stents and essential knee implants by over 65 per cent and higher tariffs on electronics.

Washington has also cited the “treatment of Walmart after their acquisition of Flipkart”, and the problems on data localisation reportedly faced by companies such as MasterCard and Visa as problem areas.

New Delhi has called the GSP withdrawal “unfortunate”, but has indicated that it would not budge on some of the demands made by Washington. A senior officer of the Department of Commerce indicated that the government would continue to engage in “internal” discussions, and that the “scope for discussions” with the US was “always open”.

Seven disputes between India and the US are at various stages of the Dispute Settlement Mechanism under the WTO, pertaining to (i) poultry and poultry products from the US, (ii) countervailing duties against India’s export of steel products, (iii) measures against import of solar cells and modules under the National Solar Mission, (iv) the US’s Sub-Federal Renewable Energy Programmes, (v) US measures concerning non-immigrant visas, (vi) India’s export promotion schemes and, (vii) the US tariff hike on steel and aluminium products.

In May 2018, the US had submitted a communication under provisions of the WTO Agreement on Agriculture (AoA) on certain measures of India providing Market Price Support to wheat and rice for the years 2010-11 to 2013-14. The US had claimed that India had under-reported its domestic support for wheat and rice, and breached its commitments under the WTO AoA.

Some other countries too, reiterated the claims of the US after the submission of counter notification to the WTO.

In a November 12 WTO filing, the US contended that India had paid out far more in cotton subsidies than the rules permitted. India has refuted the calculations in the US counter notifications as “being flawed on technical grounds”, and asserted that the methodology used by India in its domestic support notifications is in accordance with the rules under the AoA.

India’s stated position on the sugar issue is that the country’s exports comply with WTO rules, as it does not extend a subsidy to its farmers for exports, but instead gives a production subsidy.

In the November 7 loss in the steel case filed by Japan, officials indicated India’s argument needed to forcefully buttress the impact on the Indian steel industry. While WTO members are entitled to slap safeguard duties to curb unforeseen surges in imports that cause material injury to their domestic industries, there is a need to demonstrate that it is a “sudden” and “sustained” spike in imports causing injury to its domestic industry.

Foreign trade analyst Biswajit Dhar of JNU’s Centre for Economic Studies and Planning said that the increasing intensity of trade challenges at the WTO was “a cause for concern”, and that the government needed to think beyond the “short term” on issues such as duties and India’s export potential.

In counter action, India has taken the US to the WTO’s dispute settlement mechanism, saying the US’s unilateral measure of imposing additional Customs duty of 25 per cent on steel products, and 10 per cent on aluminium products, was violative of the WTO provisions.