On Interpol sidelines, 14 countries reach out to India on info for key cases 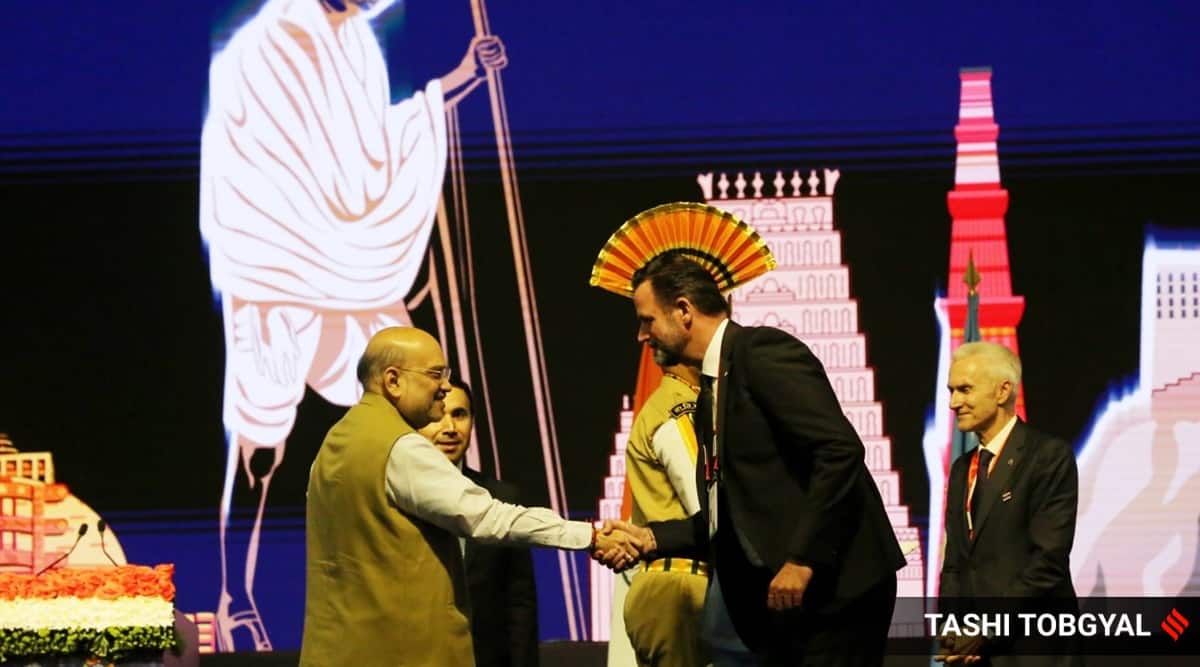 India was part of 22 separate bilateral meetings held on the sidelines of the Interpol general assembly that concluded in Delhi Friday, primarily “for sharing of information” on key cases — 14 of these meetings were initiated by other countries, The Indian Express has learnt.

The nations that initiated the meetings with India were either pursuing criminal cases with local links or fugitives suspected to be in the country, sources said.

“They requested for bilateral meetings for sharing of information on cases of their concern. There has been exchange of information with them and further requests are under consideration,” a CBI officer said. The CBI is India’s nodal agency for Interpol.

In an official statement Thursday, the CBI had said that the issues discussed in these meetings were “related to police cooperation…for enhancement of criminal intelligence sharing; geolocation of fugitives and criminals; combating terrorism, terror financing and online radicalisation; coordinating efforts to prevent cybercrimes and online child sexual exploitation”.

Read in Explained |What is the Interpol, and what is a Red Notice?

The statement said that a bilateral meeting was also held with Europol to “discuss strengthening of police cooperation and on a working arrangement for cooperation”.

Sources said India had the “most engaging” bilateral with the UK as most of its noted fugitives are believed to be in that country. India is already following extradition proceedings against Vijay Mallya and Nirav Modi. Sources said issues related to their extradition were also discussed.

India has so far failed to get other fugitives, such as music director Nadeem Saifi (accused in the Gulshan Kumar murder case) and Lt Commander Ravi Shankaran (accused in the Naval War Room leak case), extradited from the UK.

In the recent past, however, it had success in extraditing a Chinese drug dealer, identified as Xie Jeng Fang, from Hong Kong with cooperation from Chinese authorities. Fang had earlier been lodged in a Vadodara jail but escaped in 2011 with the help of an accused in the 2008 Surat blasts case. He was extradited from Hong Kong in June last year and arrested by Gujarat police.

“At the law enforcement level, there is good cooperation between the two countries,” a CBI officer said.

Sources said the discussions with Canada included the issue of “Khalistani” terrorists based there. The Interpol recently turned down India’s request to issue a Red Notice Notice against Canada-based Khalistani separatist Gurpatwant Singh Pannun of the banned organisation Sikhs For Justice.

During the meeting with Malaysia, Islamic preacher Zakir Naik’s stay in that country despite the NIA chargesheeting him for alleged terror-funding was discussed. Interpol had refused to issue an RCN against Naik as well.

Officials did not confirm or deny whether a bilateral meeting was held with Nigeria where Nitin Sandesara and Chetan Sandesara, promoters of Sterling Biotech Group, are believed to be running an oil business from.

The Sandesaras are accused of defrauding banks in India of over Rs 20,000 crore before fleeing the country in 2017. Despite the Interpol issuing Red Corner Notices in this case, India has not been able to convince Nigerian authorities to extradite them.