‘He speaks for his own publicity’: Nitish Kumar hits back at Prashant Kishor

Kishor, who is on a padyatra in Bihar, had said the Bihar CM has kept a line of communication open with the BJP through JD(U) MP and Rajya Sabha Deputy Chairperson Harivansh. 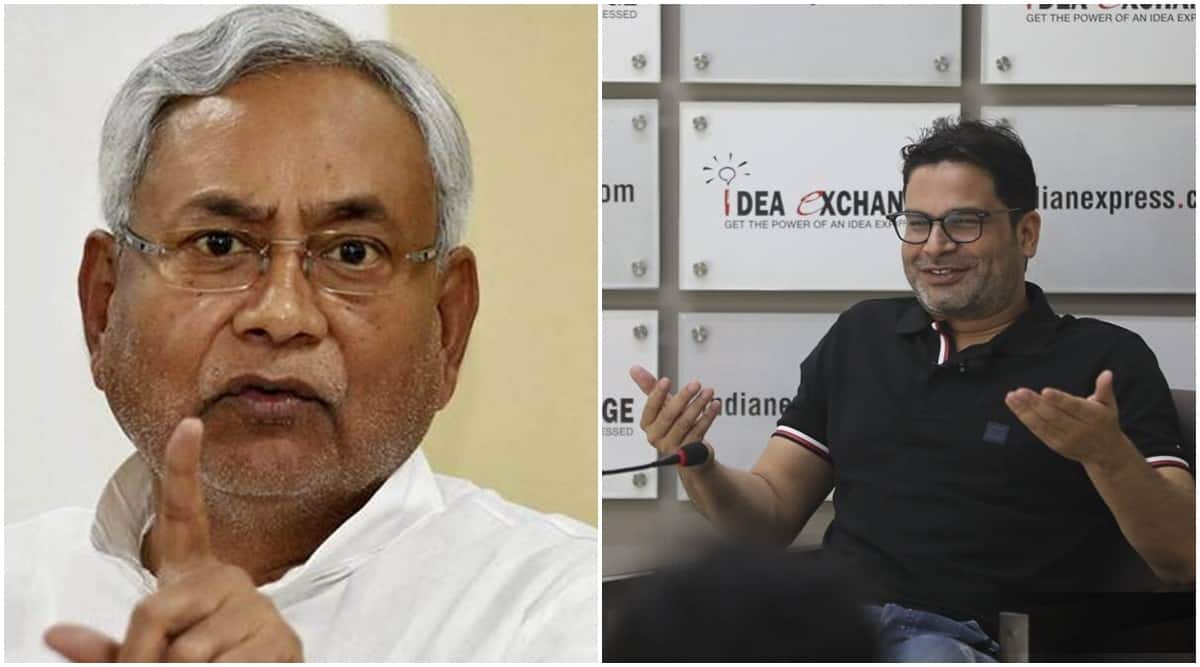 Nitish Kumar (left) and Prashant Kishor have been engaged in a war of words recently. (File Photos)

The war of words continued to rage as days after Prashant Kishor claimed that Nitish Kumar is in touch with the BJP and that he may go for a tie-up with the party again if situation demands so, the Bihar Chief Minister Friday said that all that the poll strategist wants is publicity.

“Kindly don’t ask me about him. He keeps talking. He speaks for his own publicity and can say whatever he wants, we don’t care. There was a time when I respected him…I don’t know what’s on his mind now,” Nitish Kumar was quoted as saying by news agency ANI.

#WATCH | “…He speaks for his own publicity & can speak whatever he wants, we don’t care. He’s young. There was a time when I respected him…those whom I respected had disrespected me: Bihar CM Nitish Kumar on Prashant Kishor’s remark that he’s in touch with BJP pic.twitter.com/ZPdmQUDSkr

“He’s younger. Those whom I respected have misbehaved with me, you all know that!” Nitish added.

Kishor, who is on a padyatra in Bihar in what is widely seen as a precursor to his fresh entry into active politics, told news agency PTI that Kumar has kept a line of communication open with the BJP through JD(U) MP and Rajya Sabha Deputy Chairperson Harivansh.

“People who are thinking that Nitish Kumar is actively building a national alliance against the BJP will be surprised to know that he has kept a line open with the BJP. He is in touch with the BJP through his party MP and Rajya Sabha Deputy Chairperson Harivansh ji,” he said. He suggested that Harivansh has not been asked to resign his Rajya Sabha post for this reason even though the JD(U) has severed ties with the BJP.

“People must keep this in mind that whenever such circumstances arise, he can go back to the BJP and work with it,” he added.

Kishor had joined the JD(U) in 2018 and was even elevated to its national vice president post, but was expelled from the party in early 2020 after he fell out with Nitish.