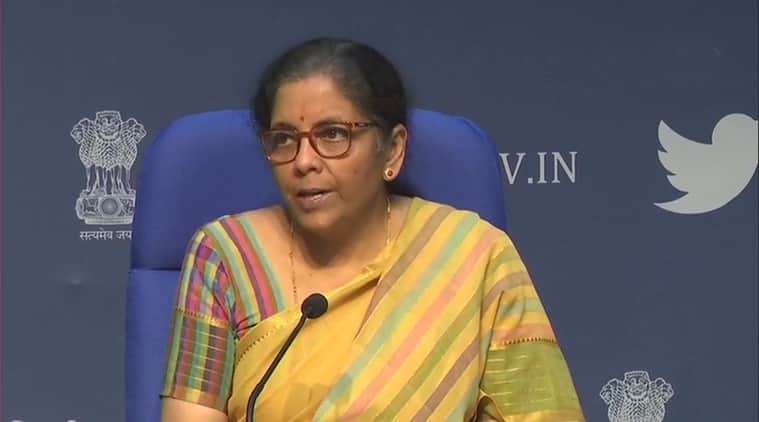 The package was announced by Prime Minister Narendra Modi on Tuesday, during his fifth address to the nation.

Earlier on Wednesday, the Finance Minister announced a slew of measures to help the Micro, Small and Medium Enterprises (MSMEs) sector that employs an estimated 11 crore people and is in distress.

#Today I will announce a total of 9 steps. The focus will be on migrants workers, street vendors, small traders, small farmers and self-employed people.

#Between March 01 and April 30, nearly 63 lakh loans of farmer worth Rs 86,600 was approved. Support of Rs 4,200 crore was provided under the Rural Infrastructure Development Fund to states during March 2020 for rural development.

#Support has been given to migrants and urban poor during the last two months. Three meals a day has been provided to residents for Urban Homeless during the lockdown period. #A sum of Rs. 11,000 crore has been given to states for taking care of migrant workers.

#Nearly 12,000 Self Help Groups (SHGs) have produced more than 3 crore masks and 1.2 lakh litres of sanitizers during Covid-19 period. Nearly 7,200 new SHGs were formed during the lockdown period. #We have made adequate provisions to ensure that returning migrant workers needing work will be engaged, states and UTs have been asked to provide them with work as per provisions of MNREGA Act.

#We want to have a better definition for inter-state migrant workers, to better reach benefits to them. Portability of welfare benefits for migrant workers and making ESIC coverage pan India are other aspects we are working on. 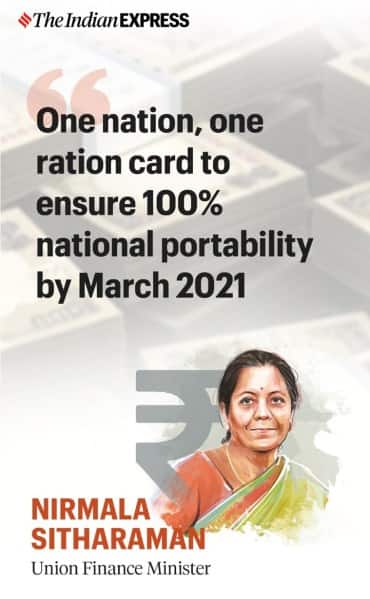 #Migrant families are not able to access food in other states. For that, One Nation One Ration scheme will be implemented. It will benefit 67 crore people in 23 states covering and about 83% of PDS population will be covered August 2020.

#Free food grains supply to all migrants for the next 2 months. For non-card holders, they shall be given 5kg wheat/rice per person and 1 kg chana per family per month for the coming 2 months. Nearly 8 crore migrants will benefit from this. And a sum of Rs 3,500 crores will be spent on this.

#Govt will launch a scheme for affordable rental housing for migrant workers and urban poor to provide ease of living by converting govt-funded housing in cities into Affordable Rental Housing Complexes (ARHC). This will be done under the PPP mode through the concessionaire. 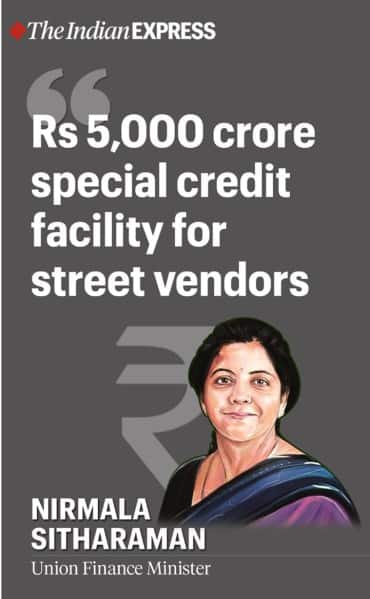 #Our government will provide interest subvention of 2 per cent for prompt Mudra-Shishu Loans payees for a period of 12 months. #To create job opportunities for tribals, plans worth Rs 6,000 crores will be approved shortly under the Compensatory Afforestation Management & Planning Authority (CAMPA) funds.