The green body was hearing a plea filed by Resident Welfare Associations of Sectors 22, 23, 53, 55 and 56 seeking directions to immediately stop dumping of solid waste at the site in Sector 54. 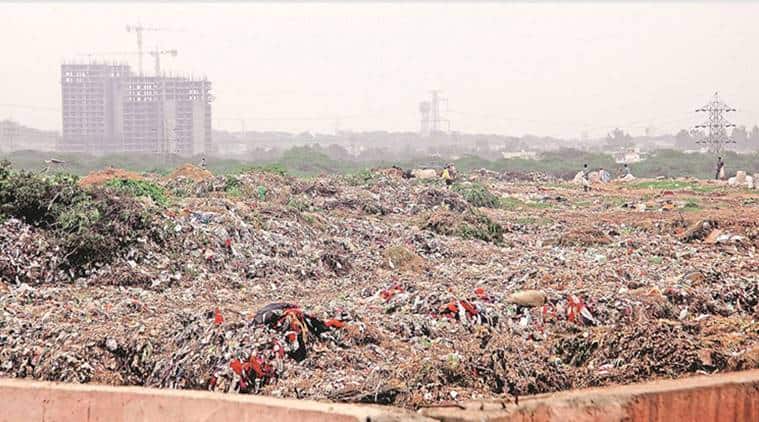 The National Green Tribunal (NGT) Tuesday put a stay on the dumping of garbage and municipal waste at a forest in Noida Sector 54, heeding to a plea of residents against illegal and unscientific disposal of waste at the site.

A bench headed by Acting Chairperson of NGT Justice Jawad Rahim took strong exception to the dumping of waste at the site and ordered its removal within 10 days.

The order came after advocate Sanjay Upadhyay, appearing for the Noida residents, argued that dumping of solid and medical waste in huge quantity in the middle of a city forest by the Noida Authority had degraded environment and caused severe health hazard to the residents of sectors 22, 23, 53, 55 and 56.

He said that despite the tribunal’s order to dump the waste at Sector 123, the Noida Authority was dumping 600 tonnes of waste daily in Sector 54 in clear violation of the Solid Waste Management Rules 2016.

The counsel for the Noida Authority, however, said that no dumping was taking place at the site and only segregation of garbage was being carried out there.

The green body was hearing a plea filed by Resident Welfare Associations of Sectors 22, 23, 53, 55 and 56 seeking directions to immediately stop dumping of solid waste at the site in Sector 54.

“The unauthorised dumping is being carried out in at least four tanks, which are excellent water bodies where migratory birds are seen and where such dumping is completely ruining the groundwater through leachate, totally in violation of environmental laws right in the middle of densely populated more than 20 residential sectors/villages named above surrounding the illegal dumping site.

“It is also important to emphasise that adjacent to the illegal dump is a huge fully developed park known as Forest View Park, now almost abandoned due to this illegal and unauthorised dumping, where crores of tax payers money has already been spent which is now turning into an abandoned area,” the plea, filed through advocate Upama Bhattacharjee, said.

The residents also alleged in their petition that the Noida Authority had been illegally felling trees without proper permission under the UP Protection of Trees Act 1976 and it had also permitted running of a gas depot in the city forest, which was a fire hazard.

Reacting to the development, Sector 53-resident Devashish Pandey said, “We are happy that the NGT has stayed dumping of waste at the site. There was a lot of pollution and inconvenience to the residents.”