The BJP is yet to respond to the allegation levelled by Janathipathya Rashtriya Sabha (JRS) treasurer Praseetha Azhikode, with Surendran's office saying he would release a statement Thursday. 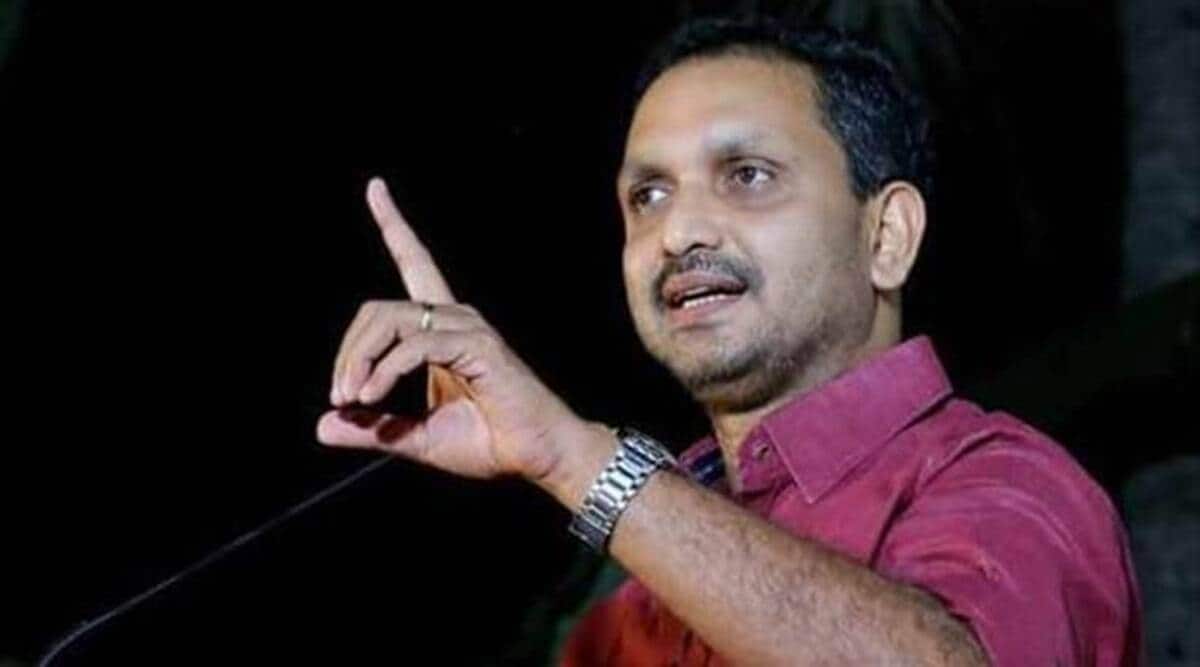 THE BJP is at the centre of another storm over poll funds in Kerala with an alliance leader in the state claiming that her party’s chief, a prominent tribal face, had demanded Rs 10 crore from BJP state president K Surendran to return to the NDA before the Assembly elections — and finally pocketed Rs 10 lakh.

The BJP is yet to respond to the allegation levelled by Janathipathya Rashtriya Sabha (JRS) treasurer Praseetha Azhikode, with Surendran’s office saying he would release a statement Thursday.

Praseetha has also released an audio of a purported conversation over phone between her and Surendran which refers to the alleged handover of Rs 10 lakh to JRS chief C K Janu.

“…let her come on (March) 6… I will hand it over personally, you come too…this money dealing… during the elections, it is not possible to carry from here to there,” a voice in the clip, which Praseetha claims is that of Surendran, is heard saying.

Janu has denied the allegation and threatened to initiate legal action against her estranged party colleague.

It was on March 7 that Janu, who was once the face of tribal agitations in the state, said she had rejoined the NDA for the state polls on April 6.

Janu had floated JRS in 2016 and contested the Assembly elections that year as an NDA ally before leaving the alliance in 2018. She wanted to join the CPI(M)-led LDF, but that move did not materialise.

The latest allegation has left the BJP red-faced, especially because it comes at a time when several of its state leaders are being probed by Kerala Police in connection with the highway robbery of cash totalling Rs 3.5 crore in Thrissur. Police suspect that the money was part of “unaccounted election funds”.

Praseetha, meanwhile, has dared Janu to face a probe into her financial transactions. “There has been unrest in the party over Janu,” she said.

According to her, Surendran wanted Janu back in the NDA as she is a prominent tribal leader. “Then Janu demanded Rs 10 crore, a post with Cabinet rank in the Central Government and a seat to contest the Assembly elections. I was present along with Janu when she directly raised the demands with Surendran in Kottayam in early March,’’ Praseetha alleged.

According to Praseetha, she went to Thiruvananthapuram along with Janu to collect Rs 10 lakh on March 6, but was not present in the guest house when the money was handed over. Incidentally, Union Home Minister Amit Shah reached Thiruvananthapuram late on March 6 to address a party event the next day.

Denying the allegations, Janu said: “I have closer links with BJP leaders than Praseetha and others in my party. Then, why should I seek the assistance of a third person? I don’t know whether she had pocketed money on my behalf. A probe will reveal it.’’

In the purported audio clip, Praseetha is heard saying the demand of Rs 10 crore was unrealistic and Janu wanted Rs 10 lakh to settle a few financial issues – and that it would be better if she is paid directly by the BJP state president.