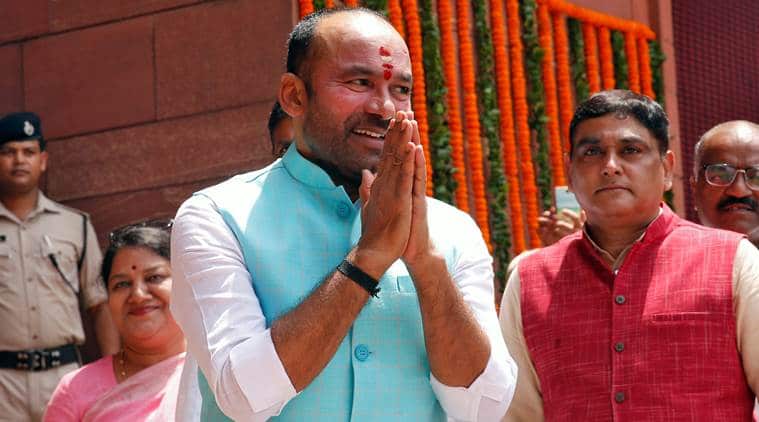 The Centre would bring new bills on cybersecurity, cyber terrorism and also to check crimes against women and girls, Union Minister of State for Home G Kishan Reddy said Saturday.

“There is a provision to give capital punishment for the rape of girls below 12 years. We are changing that. We are contemplating whether (it should be) 18 or 20 years,” he said. The government would make tough amendments to the POCSO Act, he said in an informal interaction with mediapersons here.

“Similarly, we are going to bring tough legislations on sexual assault. It will come up before Parliament. Protection of women is a state subject, we shall make amendments to IPC,” he said.

“New laws are going to come on cybersecurity, cyber terrorism in the coming days,” he said. Reddy said the BJP never sought to use religion for political gains either in Telangana or West Bengal.

When pointed out that the slogan of Jai Shri Ram appeared to have brought a lot of change in West Bengal, he said its Chief Minister Mamata Banerjee reacted by getting down from car when some youth raised the slogan.

BJP is getting strengthened in West Bengal as people are looking for a change due to TMC’s failures, he claimed. There are two types of Muslim communities there. “Muslims from Bangladesh are with TMC, Indian Muslims are with BJP. Where is religion in this,” he said.

BJP would go with the developmental agenda, he said. Replying to a query, he reiterated the government’s stance in identifying illegal foreigners staying in the country and sending them back.

“Any country in the world, there is an audit on who are staying in the country, who has come into the country, foreigner…Such an audit is there, but there is no such audit here,” he said.

“If there is a thought that anybody can come and go and it is enough if they vote for us, a decision is being taken on that in national interest, not in BJP’s,” he said.

The Centre mainly assists states in dealing with Left-wing extremism, he said. There is a system of permits in Nagaland which would change slowly, not immediately, he said.

He indicated that the parliament session is likely to be extended up to August 2. A decision would be made in the meeting of BAC (Business Advisory Committee) of parliament on Monday, he said.

Reddy, a Lok Sabha member from Secunderabad here, claimed that people in Telangana are looking for a change. People feel BJP should come to power, he said.